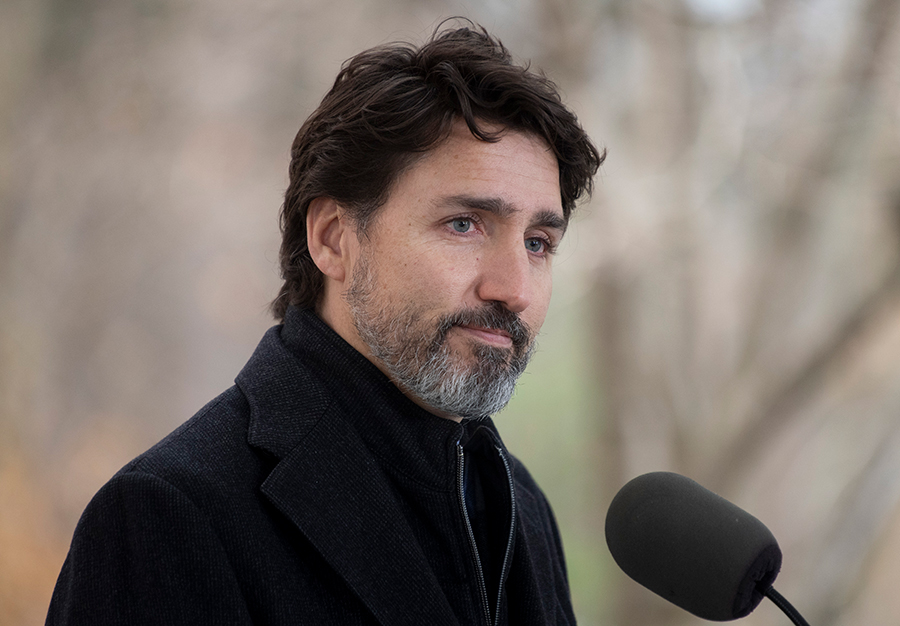 Prime Minister Justin Trudeau pauses after responding to a question about the holidays during a news conference outside Rideau Cottage in Ottawa on Friday. Photo: The Canadian Press/Adrian Wyld

Prime Minister Justin Trudeau sounded an ominously anxious note in his press conference today, warning Canadians that they must double-down on their efforts to stop the spread of COVID-19, which is once again spreading like wildfire across the country.

“Cases across the country are spiking massively,” he said, pointing to an alarming rise in COVID-19 cases in Ontario, Manitoba, Saskatchewan, Alberta and Nunavut. Due to the rise in cases in Canada, as well as the huge rise in numbers in the U.S., Trudeau also said that they would be extending the closings on land border crossings between the two countries to at least Dec. 21.

This unchecked spread of this second spike is not only causing a new round of deaths but is exacting a severe strain on our health-care resources, said Trudeau, alluding to shocking new modelling numbers that project we could see as many as 20,000 new cases daily by the end of December.

With this grim forecast, it’s looking more and more like Trudeau’s hopeful Thanksgiving message (“We still have a shot for Christmas“) will not come to pass. Instead, the prime minster warned that the upcoming months will be difficult: “We are facing a winter that’s going to drive people inside more and more, and we’re really at risk of seeing caseloads go up, and hospitals get overwhelmed, and more loved ones dying,” he said.

The prime minister also admonished those who don’t follow public health guidelines, noting that he understands that Canadians are getting weary of the increasingly restrictive measures.

But he urged us to remain vigilant in spite of the temptation to “loosen up” our adherence to the rules. “The reality is we need to go in the opposite direction,” said the prime minister, noting that by following public health measures we will “slow the spread of COVID-19” and stop the spike of this second wave “in its tracks.”

While we fight the virus, we still need to protect the economy, says Trudeau, congratulating all parties for last night’s passage of the government’s latest business rent relief legislation, which he said provides “unprecedented levels of supports to Canadian businesses.”

Trudeau also thanked the ongoing efforts of doctors, nurses, personal support workers, orderlies, hospital staff. “They have been going above and beyond anything they might have thought they were signing up for,” he said.

“We need to help them. We need to give them a break. We need to stop this spike in cases,” he exhorted Canadians. “Now is the time for each of us to once again rise to the occasion and do our part. We know what to do. We know how hard it is, but we know it works because we did it this spring. Together, let’s bend the curve and keep each other safe.”

And Trudeau expressed confidence that Canadians will once again pull together to battle this second wave.

“We’ve done it before,” he said. “We know what to do. We understand this virus much better than before. We need to reduce our contacts. We need to do it right now.”

COVID-19: What We Know About the Second Wave as Quebec Makes a “Moral Contract” With Residents in Order to Save Christmas