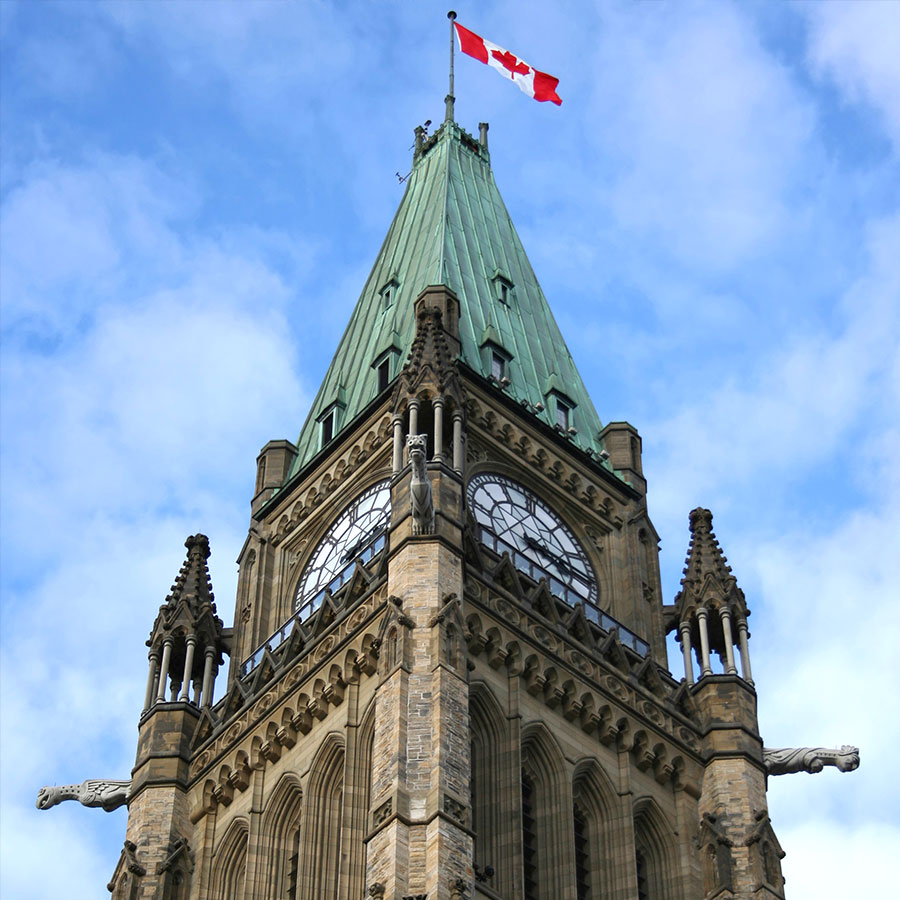 While Monday’s election may not have produced anything in the way of earth-shattering results, we examine seven political takeaways and what Canadians might expect as the new era in Ottawa takes shape.

This is the second election in a row in which Canada’s political landscape is starkly divided along geographical lines. Once again, Prime Minister Justin Trudeau successfully captured seat-rich central Canada and managed to retain his stronghold in the Atlantic provinces. However, as in the 2019 election, the West has once again become a sea of blue Conservative supporters while over a third of Quebec ridings have fallen into the hands of the separatist-leaning Bloc. Going forward, the question becomes whether any leader (Trudeau or otherwise) is capable of winning enough seats across the country to form a majority government? The pattern of the last two elections suggests that a highly fragmented electoral map could very well be the way of the future.

As we move forward, the socio-cultural divisions in this country may prove even more challenging to overcome as our political divisions. During the campaign, Trudeau repeatedly played on the notion that his party’s plan to make vaccines mandatory was crucial to leading us out of the pandemic. He exploited this divide by casting Conservative leader Erin O’Toole as dithering on mandatory vaccines and vaccine passports, repeatedly accusing the latter of pandering to the anti-vax movement. Besides vaccines, the Indigenous question, which all parties largely ignored in this election, will once again make its presence felt in Ottawa, as talks of reconciliation and financial reparations for Residential Schools heat up. And racism reared its ugly head when Bloc leader Yves-François Blanchet tried to fire up his base by turning an accusation about racism within his own party as an attack on Quebec values. Even the question of access to abortion, which everyone thought had disappeared from the radar when former Conservative leader Andrew Scheer departed the scene, made its presence felt during the campaign — an ominous sign that Trudeau’s social agenda will not be passed without a fight.

When Trudeau was first elected in 2015, he was branded as a new wave of politician whose progressive agenda was what Canada — and the world — sorely needed. Fast forward six years and his brand has been seriously tarnished. While the lingering damage of the SNC-Lavalin and black-face scandals has yet to be erased, he’s now being severely criticized for calling this highly unpopular election. In his election speech, he tried to invoke the “sunny ways” euphoria that enveloped him after his first election — “let us feel the warmth of a new dawn.”  But the message didn’t ring as true this time around and ultimately fell rather flat. After consecutive elections where he’s finished second in the popular vote, many are wondering if he’ll ever be able to recapture the magic. With star Liberal luminaries like Mark Carney and Chrystia Freeland lurking in the background, Trudeau will undoubtedly focus on repairing his damaged brand.

Be Careful What You Wish For

When the next Parliament opens later this fall, the new government will have a host of pressing issues to deal with. Trudeau signalled his understanding of the heavy workload ahead in his victory speech last night, saying that he’s “ready to continue this fight.” The biggest challenge on the government’s fall agenda will be containing the economic fallout that the pandemic has caused — massive government spending must be brought under control; job losses and business closures must be addressed and new taxes will have to be imposed in order to pay for the recovery. If the new government fails to successfully address these challenging issues, the Liberal leader will be burdened with that failure. This means that, by the time the next election comes around, the public might not be in so forgiving a mood as they were in last night.

While the Liberals try to lead a divided country, Conservative leader Erin O’Toole’s political future depends on his ability to do the same with his fragmented party. Yes, he successfully managed to push his party to a more moderate position on social issues. But this shift didn’t translate into the significant electoral gains that his party strategists had been hoping for. O’Toole must somehow mollify his Western supporters who don’t like the party’s political drift to the centre. O’Toole must also come to reckoning on whether he wants antix-vaxxers in his party instead of currying their support on election day.  Most problematic, though, is the surprising role Maxime Bernier’s upstart People’s Party played in this election. While the PPC’s surprising surge of support didn’t win them a seat last night, their presence on the ballot cost the Conservative candidates victories in some of the more hotly contested ridings.

Heading into the election, many pundits suggested that the NDP under Jagmeet Singh and Green Party under Annamie Paul could pick up several seats at the expense of Liberal incumbents. This, however, didn’t prove to be the case as the NDP secured only one more seat than 2019 and the Greens lost one. Paul’s own political future may once again be cause for debate as she tries to explain away her dismal fourth place showing in her riding of Toronto Centre. Yes, the NDP will play an outsized role in the upcoming Parliament as the Liberals will need their support to pass legislation. However, holding the balance of power is not exactly the role NDP supporters envisioned heading into the vote, especially if it means working with a Prime Minister whom Singh described late in the campaign as an “abject failure.” With the NDP and Greens pondering their political future, might we see renewed talk of a collation between the like-minded parties.

What happens if this Parliament is not so amicable as the previous version and falls into a partisan quagmire? This is always a distinct possibility in any minority situation. Even as Singh and Trudeau try to hammer out terms in which the NDP will support the government (the bargaining has already begun), these deals often have short shelf lives and might see the coalition falter. In his concession speech, O’Toole referred to Trudeau’s threat to call “another election in 18 months.” While we know that minority governments generally last only two years, absolutely no Canadian is looking forward to the prospect of another election.