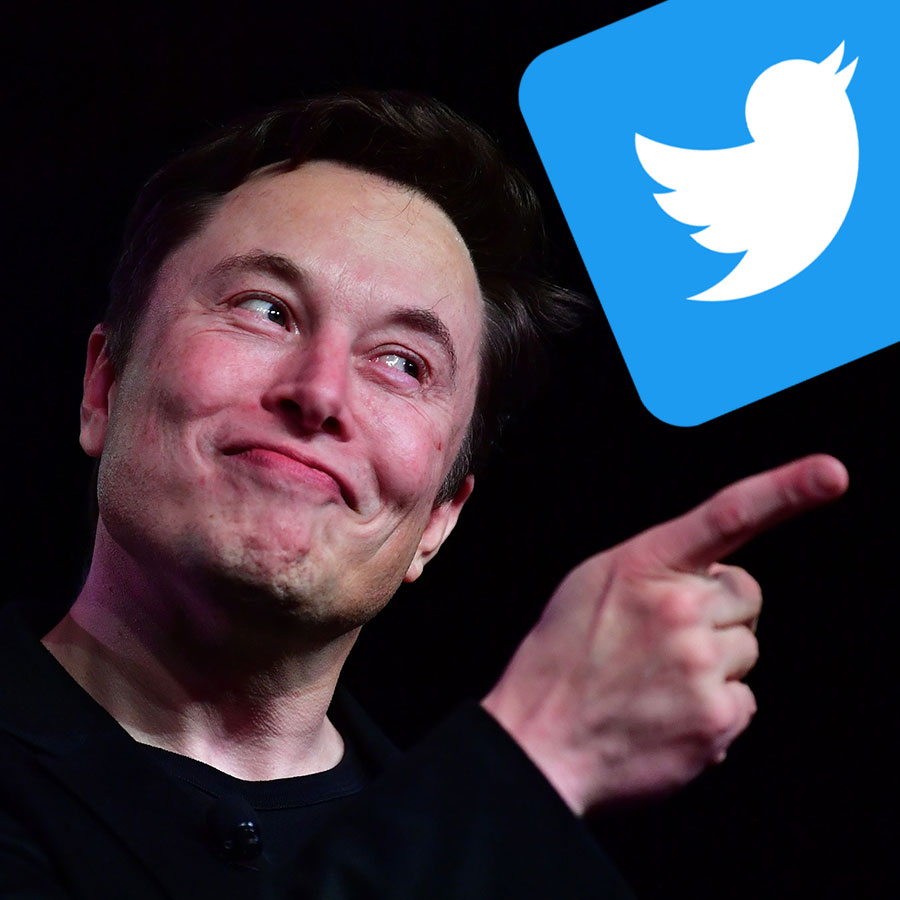 “Free-speech absolutist,” Elon Musk buys Twitter, a move that many fear will amplify bigots and conspiracy theorists — not to mention allow Donald Trump to regain access to the platform.

“Twitter serves as the de facto public town square, failing to adhere to free speech principles fundamentally undermines democracy,” tweets the world’s richest man before swallowing the company whole. A $US44 billion dollar deal assisted by leading Canadian banks, Elon Musk vows to revamp the platform to make it “politically neutral,” which means “upsetting the far right and the far left equally.” Despite the fact, that the “far left” is comprised of zealot fruitarians who plan “Occupy” protests, post YouTube videos about knitting with cat hair and prefer weed-infused tampons, and the “far right” aims to violently overthrow democracy, stalks the parents of murdered schoolchildren and fosters racist thugs.

Everyone else’s worst fears confirmed, Freedumb Caucus mutineer, Marjorie Taylor Greene, tweets: “Bring back President Trump. Bring back Dr. Robert Malone. Bring back Alex Jones. Bring back Milo Yiannopoulos,” between court appearances for a case regarding whether she’s allowed to run for re-election after her candidacy was challenged, while memes of a smug, cigar-smoking Musk reinstating the account of the vile Sandy Hook troll Jones go viral.

Thankfully, Twitter is not that big. “It’s only used by 20 per cent of the U.S. population, which is small worldwide,” says the New York Times influential tech journalist Kara Swisher. “The reason its power is outsize is because the media and politicians and loudmouths use it.”

Strangely, Musk is no advocate of free speech when it comes to his other business. Aggressively seeking to control of what journalists or customers say about Tesla, he has his staff police social media for negative comments, and launches defamation lawsuits at influencers who dare to critique the electric Tesla products.

Fair employment practices are another no-fly zone for the free-speech absolutist. In 2021, U.S. courts ordered Musk to re-hire an employee who’d been fired for attempting to unionize Tesla. Musk was further required to delete his anti-union tweets and post notices in his factories nationwide informing staff of their protected rights, that he was to personally read at a series of mandatory assemblies for his employees.

Conversely, discriminatory free speech appears to be fully protected at Tesla. In 2017, the company was inundated with lawsuits representing dozens of former employees who accused Tesla of maintaining a racially hostile workplace that tolerated racial slurs, Nazi graffiti and managers greeting Black workers with “welcome to the plantation.” In response, the South African CEO admonished his (white) staff members about being “jerks,” while advising his jerk-afflicted (non-white) employees that “it’s important to be thick-skinned” and to “accept apologies.” Evidently, the jerks we’re having none of that. Last year, Tesla paid out a staggering US$137 million to settle a case involving its “Jim Crow- era” employment practices. This year, the government of California slapped Tesla’s “racially segregated” Fremont, Calif., plant with yet another lawsuit, following “hundreds” of complaints about racist language and workplace discrimination.

Still, to give credit where it’s due, after the Russian invasion of Ukraine Musk’s SpaceX sent Starlink satellites to the country to allow Ukrainians to connect to the internet. The satellites also, evidently, served as a tool to help the Ukrainian military execute drone strikes on their Russian invaders.

Having played a central role in content moderation under the company’s founder, Jack Dorsey, Twitter’s head of legal, policy and trust, Vijaya Gadde, broke down in tears during a team meeting about the Musk takeover. Musk immediately dragged her online for directing policy that saw tweets about Hunter Biden’s laptop removed (not a good choice, in retrospect) and Donald Trump banned for spreading election disinformation and instigating bloody riots (a more judicious decision).

Where the wicket gets a little more sticky is that just before the reins were handed over, accounts of certain right-wing public figures experienced a massive spike in followers (Marjorie Taylor Green: +107,667), while those of some left-wing pundits charted a significant decrease (AOC: -38,268). Fuelling the long-held conservative suspicion that Twitter tinkered with algorithms to favour more liberal views, which as a private company, Twitter was perfectly free to do.

Meanwhile, thousands of users delete or sign up for Twitter accounts straight down party lines. In one survey, 97 per cent of Fox viewers said they’d keep their accounts if Musk took charge of the platform, while nearly a third of MSNBC watchers said they’d delete theirs in disgust. In a triumph of understatement, BET cited Black Twitter as “the least excited” about Musk’s takeover and pointed to the need for a “real” — Black-owned — Black Twitter.

For his takeover efforts — whether cheered or jeered — Musk landed on the cover of Time magazine this week. Meanwhile, other media observers aren’t convinced that Musk’s own history of cold feet won’t repeat itself, causing the billionaire to back out of the deal altogether.

Initially on the witness list, Musk’s lawyer announced on April 27 that he would not be testifying for Heard, the same day that the actress was revealed in court to have told a friend she was “just filling space” with the tech titan — who she dated for a year after her split from Depp — and had never been in love with him.