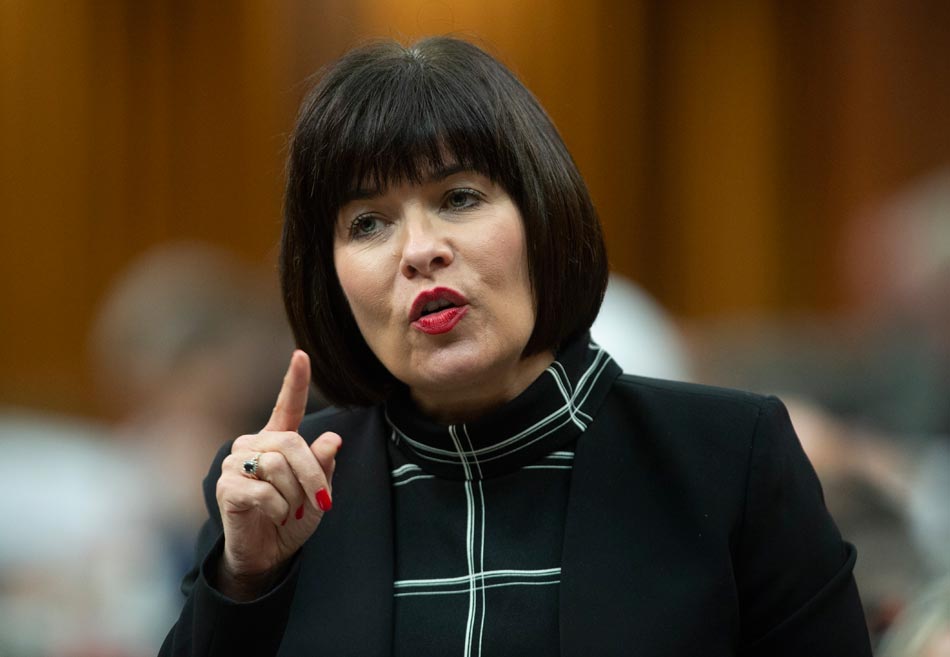 Minister of Health Ginette Petitpas Taylor responds to a question during Question Period in the House of Commons Monday June 17, 2019 in Ottawa. THE CANADIAN PRESS/Adrian Wyld

A new, much needed $50 million strategy for coping with dementia in Canada was announced this week by Canada’s Minister of Health.

Years ago, when my mother was in her 90s and experiencing advanced dementia, I had a strategy for coping, too.

My strategy was speeding between her day care and my job. One morning, I was stopped by a cop and my mother’s handicap card was still on the front window of the car. I’d forgotten to remove it when I dropped her off. The policeman said he’d have to confiscate it because she wasn’t in the car. I cried. He let me go — with the card.

“A Dementia Strategy for Canada: Together We Aspire,” focuses on caregivers, prevention and research to find a cure.

“More than 419,000 Canadians aged 65 and older are diagnosed with dementia,” said the Honourable Ginette Petitpas Taylor, “but this is only part of the story.…

“Many of us will encounter dementia at some point in our daily lives.”

Yves Savoie, CEO of the The Heart and Stroke Foundation of Canada believes the Dementia Strategy announced today “is important without a doubt because Canadians in growing numbers are going to be affected by dementia and this required action.”

He told Zoomer that the emphasis on prevention was especially valuable “as a way to understand dementia as something you can do something about it.”

About 50 per cent of dementia cases have vascular involvement, Savoie said, and that can be linked to hypertension and small, transient strokes that aren’t recognized.  Not smoking, exercising, healthy eating and social activities can help prevent vascular diseases.

“Your brain needs oxygenated blood and getting it there requires a healthy heart and healthy passageways,” he emphasized.

According to the announcement by the Minister:

– Canadian seniors who have been diagnosed with some form of dementia rely on an average of 26 hours a week of help from relatives and friends.

-Two-thirds (66 per cent) of seniors with dementia are women.

While there is currently no clear consensus, some evidence suggests that about one third of dementia cases could be prevented by addressing these 9 risk factors:

1. Lower levels of early life education (up to 12 years of age)