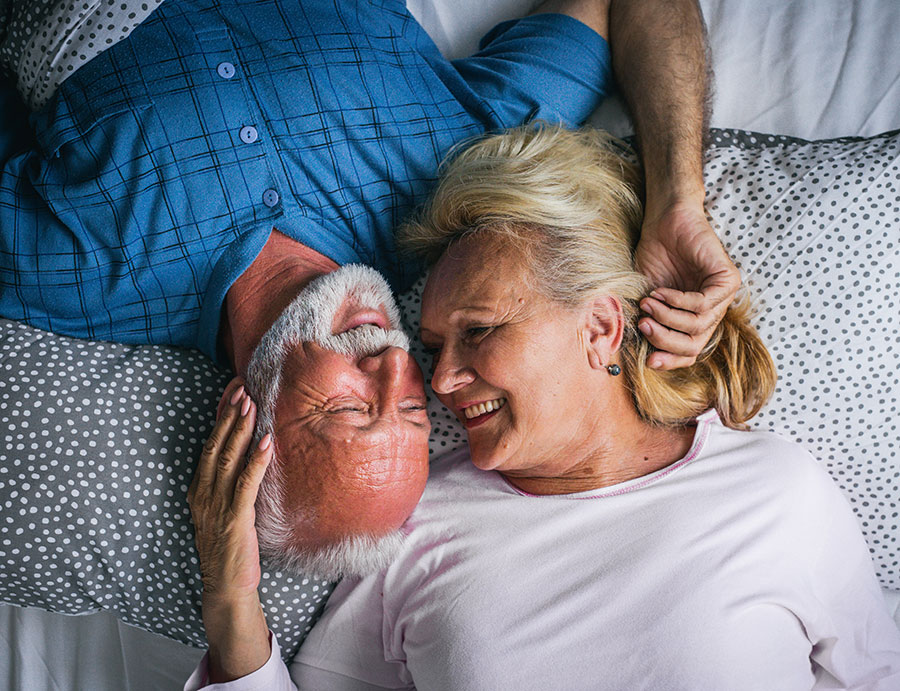 Some women spend as much as 40 per cent of their lives in menopause, which is too long to suffer from loss of libido, says one expert who treats some of them with smaller doses of testosterone-replacement drugs approved for men. Photo: blackCAT/Getty Images

The jury has been out on whether testosterone supplements are a safe and effective treatment for low libido experienced by some post-menopausal women.

But a position statement published recently in The Journal of Clinical Endocrinology and Metabolism concludes that testosterone therapy – in doses that approximate blood-level concentrations in premenopausal women – has a beneficial effect on sexual function.

It brings about, on average, one satisfying sexual event a month, as well as “increases in sexual desire, arousal, orgasmic function, pleasure, and sexual responsiveness, together with a reduction in sexual concerns including sexual distress.”

The global consensus statement was endorsed by 11 medical societies devoted to menopause, women’s health and endocrinology, including the International Menopause Society (IMS).

IMS board member Dr. Wendy Wolfman, the director of the Menopause Clinic at Mount Sinai Hospital in Toronto and professor of obstetrics and gynaecology at the University of Toronto, says testosterone therapy has been the source of much hope and disappointment for women who typically experience some loss of libido about 20 months after their last period.

“Many other women have the problem of decreased desire, the studies show, but are not bothered by it. Perhaps it is no longer an issue for them in their life or they do not have partners or are ill and it isn’t of import.”

The problem is sexual desire is as much psychological as it is biological, and can be affected by a long list of factors: illness, endocrine problems, incontinence, chemotherapy, medications like SSRIs, a partner with erectile dysfunction, pain with sex, decreased lubrication, a past sexual history that may include abuse, as well as a bad relationship with a partner, a puritanical upbringing and celibacy before menopause.

“Do we prescribe testosterone in our clinic? Yes, we do,” says Wolfman. “We have a very large menopause clinic, over 1,600 patients a year, and decreased sex drive is a huge problem for post-menopausal women.”

But that doesn’t mean they treat everyone with testosterone replacements.

“We try to tease out the problem. Someone who is menopausal and has a great relationship, is in good health, previously had lots of desire and nothing else in her life has changed, would be a good candidate for testosterone therapy.”

Almost one in three women respond to the treatment, but one of the biggest problems is the lack of testosterone medication specifically made for females.

“Right now, we have only male products that we reduce by about one-tenth and we do monitor the patient,” Wolfman said. “But testosterone is very safe and has not been shown to cause significant health problems when used in appropriate amounts for a short period of time.”

Wolfman warned against using testosterone products made by compounding pharmacies, because there is no safety data, they may vary from dose to dose and the hormone used in the prescription “may be shipped from a central facility that is not supervised.”

Although pharmaceutical companies are reluctant to spend a lot of time and resources developing drugs that won’t make money, Wolfman said Proctor & Gamble developed a 300-microgram a day testosterone patch for HSDD in women who experienced menopause after hysterectomies or oophorectomies, but it was rejected by the U.S. Federal Drug Administration (FDA).

Wolfman said research showed it increased satisfying sexual events for patients by about one to two a month.

“The FDA decided this was not a significant result —even though for women not having any satisfying sex, this was significant.”

That doesn’t mean there aren’t more products in the pipeline that could benefit those with HSSD, although they’re targeted to pre-menopausal women.

A newly approved drug, flibanserin – a relative of the anti-depressant serotonin – has been found to increase desire for sex. It’s marketed in Canada as Addyi and has been approved by Health Canada for pre-menopausal women.

“It works in almost the same range as testosterone,” Wolfman explains. “It’s a pill you take every night for a couple of months.”

After ruling out contraindications and other causes for low sexual desire, Wolfman says her clinic “may prescribe off-label use of low dose testosterone approved for men but adjusted for women or flibanserin that is approved in pre-menopausal women.”  Both of these are backed by research showing some efficacy in post-menopausal women, she says.

An injectable medication based on a brain hormone, called bremelanotide and marketed as Vyleesi, was recently released in the U.S. for pre-menopausal women with HSDD, but it has not yet been approved by Health Canada.

“You inject yourself about 20 minutes before having sex,” explains Wolfman.

This suggests a scenario in which foreplay includes a man gulping a little blue pill and a woman stabbing herself with a syringe.

Wolfman believes a testosterone product for post-menopausal women is long overdue, because good sex is integral to a good life. “It improves intimacy and the quality of a relationship, and many women mourn the loss of it when they don’t have it.”

Given that women spend as much as 40 per cent of their lives in menopause, a loss of libido “represents a decline in their quality of life.” Some women may choose to live the rest of their lives in celibacy, and she noted there are ways to be intimate that can be very rewarding. “Whether to seek help or not is an individual decision.”

Where the Scientific Community Stands on the Safety of Hormone Therapy