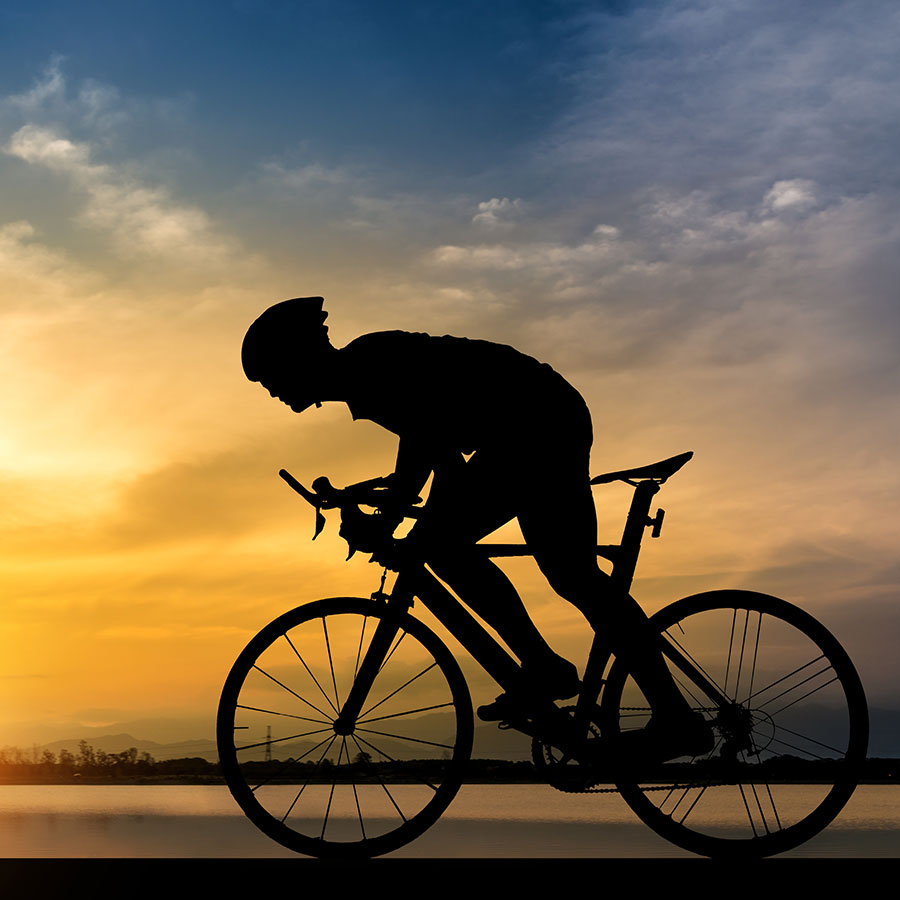 Bill Wall, a 92-year-old legally blind man from Niagara Falls, hopes to raise the most money ever in his 10th and final Ride to Conquer Cancer. Photo: Pakorn Khantiyaporn/EyeEm/Getty Images

Like us all, Bill Wall looks forward to the time off weekends bring. For him, it means a two day respite from his exercise regimen.

“I do 50 minutes of cardio and 10 minutes of weight training, five days a week. I look forward to Fridays,” the 92-year-old laughs.

This weekend, however, Wall will make an exception. On Saturday, he’ll hop on his bike to take part in his final Ride to Conquer Cancer. He’ll do 50 km, riding tandem with longtime friend Don Nadeau — 20 years Wall’s junior. Fellow riders have a bit of fun with the duo, Wall tells me on the phone from his home in Niagara Falls.

“They’ll say to Don, ‘You’re pulling some extra weight back there’ as they pass. And I tell them, ‘It’s a rear-wheel drive!'”

Macular degeneration left Wall legally blind in 2003, so Nadeau takes care of the navigation. It was actually he who first proposed they participate in the fundraising ride; Wall was already in good shape, having completed everything from 5K runs to half marathons in the years before.

“I said, ‘I’m game! But I don’t know how I’d be able to do it,” Wall recalls responding after a dinner between the two and their wives.

A tandem bike, a can-do attitude and a decade later, their team — aptly named The Power of Bill — has raised a total of $600,000 for the Princess Margaret Cancer Foundation, to which the ride’s proceeds go.

Expecting him to tell me that his motivation for riding is a close friend or family member who’s experienced cancer, he says no.

“It’s all the people fighting cancer,” he replies. “All the treatments, and everything they go through … that’s what keeps me going.”

This year, of course, the pandemic means that everything about the ride is different.

For one, Wall and Nadeau haven’t trained together or even seen much of each other since the pandemic. As well, the thousands of people who would normally ride together at events across the country — including from Toronto to Niagara Falls for the Ontario event — will do so virtually. There will be no finish line, no throngs of friends and family cheering participants on, no live entertainment and food stalls to partake in after the long haul.

Wall, however, isn’t phased by the necessary alterations to stay safe amid COVID-19. He and wife Barb will host a small backyard gathering after this year’s ride.

Meanwhile he’s already been fêted for his 10-year anniversary of participating in the ride. Riders of that vintage receive a platinum helmet for the achievement and Wall’s was hand delivered.

“They don’t normally do that,” he tells me. “Steve Merker, a vice president from Princess Margaret, came all the way down from Toronto. It was a real honour.”

The only worry Wall has ahead of Saturday is that the event will raise less money than normal because of the pandemic. Of course that didn’t stop him from setting his most aggressive fundraising goal yet — $20,000.

And although this will be his final year riding, Bill and Barb will keep on participating as team crew members, fundraising and also volunteering to do whatever is needed along the ride route. It’s hard work, Wall informs me, having done it two years already when his health wasn’t good enough to take to the bike, saying, “Riding is easier!”

Read more about the The Power of Bill and the Ride to Conquer Cancer.