Middle-Aged People Who Sleep Six Hours a Night or Less Have a Higher Risk of Dementia, British Researchers Report 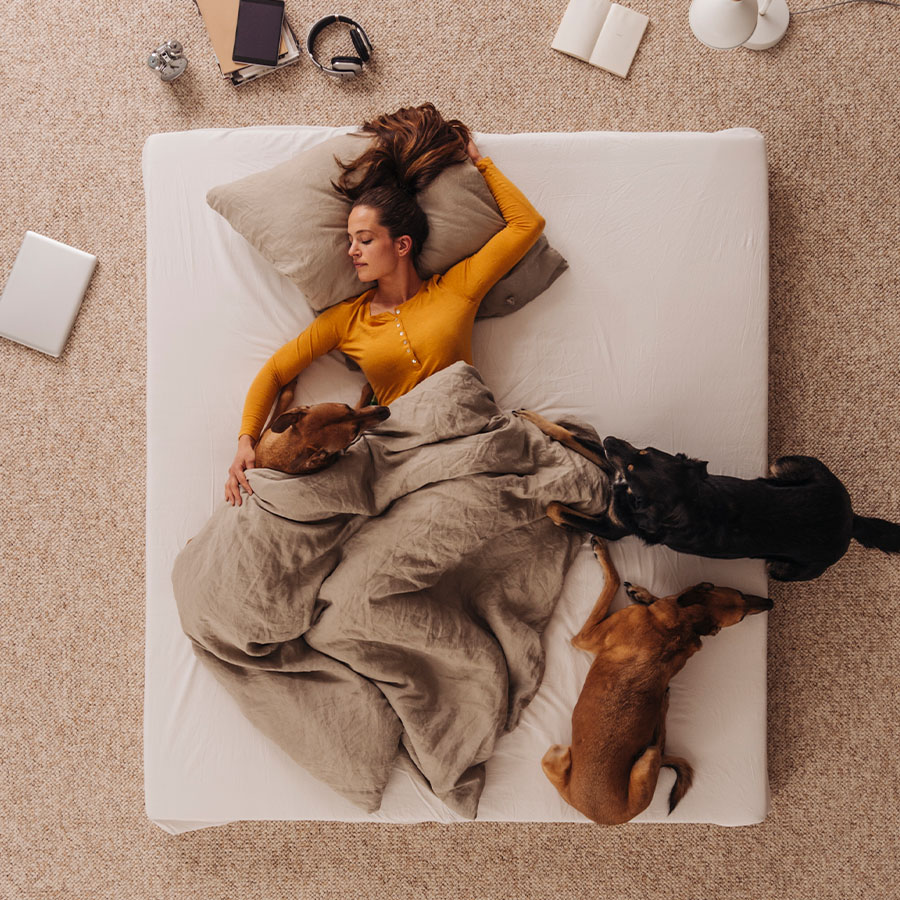 A good night’s rest could be the best preventive medicine for your brain. Photo: Westend61/GettyImages

The results of a large study were published last week in the journal Nature Communications.

People in their fifties and sixties who regularly slept less than the usual seven hours per night were found to have a 30 per cent increased risk of dementia in their mid-to-late seventies.

The study, based on the University College London’s Whitehall II cohort of 8,000 civil servants, who were tracked from age 50 for about 25 years. By the end of the study, 521 people had been diagnosed with dementia at an average age of 77.

This finding builds on previous research showing that obstructive sleep apnea is a risk factor for cognitive impairment and dementia.

“While we cannot confirm that not sleeping enough actually increases the risk of dementia, there are plenty of reasons why a good night’s sleep might be good for brain health. These findings confirm the importance of sleep hygiene for health,” UCL researcher Dr. Severine Sabia and lead author of the study, told the London Times.

The most common cause for lack of sleep?

“Societal pressures — lots of commitments and curtailing sleep to get everything done,” says Boulos.

“One has to modify life to have enough time to sleep,” the doctor advises, “with the goal being eight hours of restful sleep.”

1. Avoid coffee and other caffeinated beverages within six hours of bed.

2. Exercise in the morning.

3. Never use or sleep with electronics, including cell phones, in the bedroom. “I don’t,” says Boulos, “unless I’m on emergency call.”

4. Try to keep worries and work problems out of the bedroom. “I have patients come to the clinic so wound up, their minds so worried …” he says.

5. Have a regular bedtime — and wake time — in a dark, quiet, slightly cool but comfortable bedroom.

6. Avoid food, fluids and alcohol before bedtime, “except maybe for a small glass of warm milk; you don’t want to have to get up often at night to use the washroom although it’s normal for adults to wake once during the night for that,” Boulos says.

He says seven to eight hours sleep is normal for most adults. “The odd person can get away with less. I can operate on a few hours of sleep but after a few days, it catches up with me.”

And as we get older, he says, “We sleep a little less and sleep quality gets a little bit poorer, but not by much.” Sleep efficiency, as measured in a sleep laboratory, drops by about two per cent every 10 years of life, according to research by Boulos and his colleagues published in The Lancet Respiratory Medicine in 2019.

“Sleep clinics generally do not prescribe sleeping pills,” he emphasizes. “Instead, we try to get people off them.” The danger is that side effects can include grogginess leading to difficulty walking, falls and cognitive impairment.

If you’re having a hard time falling asleep, or waking and having a hard time going back to sleep, Boulos suggests melatonin might be helpful for some people — but not all will experience a benefit, but, “That’s natural, it’s fine.”

Other natural sleep aids he approves of: “massages, relaxation techniques, and other activities that relax you.” In a word, sex.

But the best thing to deal with sleep issues is to get down to the underlying cause, advises Boulos, whether it’s anxiety, discomfort or pain, or sleep apnea.

In research presented last month, Boulos and co-authors showed that a high rate of obstructive sleep apnea occurs in patients with thinking and memory problems, including dementia.

“It’s one of the first studies to highlight the prevalence of sleep apnea and its link with severe cognitive impairment,” he says.

“We know that sleep apnea is a risk factor for cognitive impairment and dementia, so the high prevalence of obstructive sleep apnea in patients with thinking and memory issues suggests the potential for patients to be treated and have their cognition stabilized, or possibly improved.”

Sixty-seven patients who had cognitive impairment participated in the Sunnybrook study. The average age was 73 years of age old.

Is Urinary Incontinence Affecting Your Quality of Sleep and Lifestyle?

Slip Into Sleep With These Apps and Gadgets