Evolutionary Medicine: What Can Our Early Human Ancestors Teach Us About Conditions Like Diabetes? 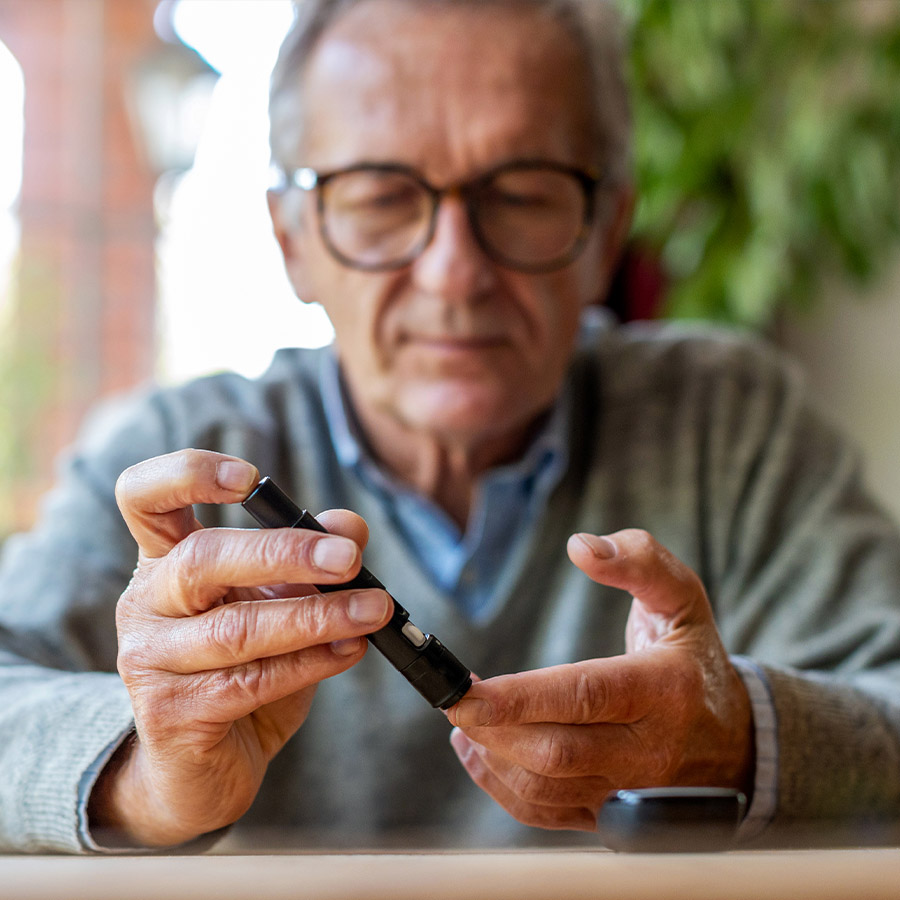 Our ancestors’ environment and diets, and the limits of our biology, have led to adaptations that have improved human survival through natural selection. But what can they teach us about the diseases we're still prone to, like diabetes and sickle cell disease? Photo: Piksel/GettyImages

Like all living things, humans are the product of a complex evolutionary history. Our ancestors’ environment and diets, and the limits of human biology, have led to adaptations that have improved our survival through natural selection. Despite these adaptations, our bodies remain prone to illness and disease. If we have evolved and adapted to our environment, why do we still get sick?

While remarkable at understanding the mechanisms of illness and disease, modern medicine can often overlook the underlying reasons for their emergence. Evolutionary medicine argues that understanding our ancestral history and the evolutionary reasons for illness can explain disease prevalence and provide insight for clinical care.

This evolutionary perspective counters the “bio-ethnocentrism” of modern medicine — the idea that what is “healthy” or “normal” is largely based on those of northern or western European descent. Our global population is incredibly diverse, so having one definition of “normal” just doesn’t make sense.

For example, the inability to digest lactose, resistance to malaria and the human affinity for high-fat and sugary foods are all products of evolution. Examining these conditions through an evolutionary lens can provide unique insight into how we understand disease, and how we can redefine “normal.”

Lactose is broken down by the enzyme lactase. Adult production of lactase evolved in human populations that domesticated animals about 10,000 years ago. These populations were found in northern and central Europe, and in pastoral communities in Africa. Milk is a calorie- and nutrient-dense food, meaning that people who could digest lactose would be better nourished, giving them a better chance at survival and reproduction. Lactose intolerance occurs when we can’t digest milk sugars (lactose) in adulthood. This can cause nausea, cramping, gas and diarrhea, and is considered a medical condition.

Mutations allowing for adult digestion of lactose gradually spread over generations within these populations. However, those with ancestors from populations that did not regularly herd and milk domesticated animals, such as Indigenous populations in North and South America and most Asian populations, do not possess this ability. In fact, roughly 65 per cent of adults worldwide remain lactose intolerant.

If 65 per cent of the global population cannot digest lactose, why is it treated as an illness? There is nothing “wrong” with someone who is lactose intolerant; no intervention is needed other than to avoid or limit dairy consumption. Evolution tells us that lactose intolerance is perfectly normal. We simply need to redefine illness.

Humans share a long evolutionary history with the parasite that causes malaria (Plasmodium). Malaria infects and kills millions of people each year. Over time, humans have evolved adaptations to counter the parasite. One of these adaptations is a mutation in the beta hemoglobin gene.

There are two versions of the beta haemoglobin gene. One is normal, while the other is a mutation that causes sickle-shaped red blood cells. Carrying a copy of the mutated gene confers resistance to malaria, but those carrying two copies of the mutated gene also suffer from sickle cell disease (SCD).

The advantage of being resistant to malaria comes at the cost of having high rates of SCD in the population. Selection for malaria resistance is so strong that several mutations causing SCD have occurred independently in different regions of Africa. If natural selection removes mutations that negatively affect reproduction and survival, then genes like the mutated beta hemoglobin should have disappeared or become exceedingly rare. Yet sickle cell disease is relatively common, especially among people who descended from some regions of Africa.

The prevalence of malaria in these regions means that sickle cell disease predominately strikes those with African ancestry. The societal implications of this evolutionary history are profound. Lack of awareness of racial differences in SCD combined with generalized symptoms mean that the disease is easily missed by Western practitioners.

Understanding the evolutionary origins of this condition should be used to both educate health-care practitioners and to dismantle the bio-ethnocentrism of medicine.

One of the fundamental concepts of evolutionary medicine is the idea that our bodies are adapted for a pre-industrial lifestyle, resulting in a “mismatch” to our current environment. Diseases stemming from this are appropriately referred to as mismatch diseases.

This requires a reduction in physical activity or an increase in the consumption of food. Because of this, humans have adapted to be fairly lazy, and crave energy-dense foods. Underlying many of these mismatch diseases is the energy imbalance that post-industrial life affords; eating too much and moving too little. Humans are adapted to avoid negative energy balance (burning more calories than we eat) because it reduces reproductive success and survival.

These adaptations were not a problem when food was less abundant, and required significant effort to acquire. Fundamentally, obesity is the result of this positive energy imbalance. Type 2 diabetes is also the result of an energy imbalance, often caused by chronic consumption of high-sugar and high-fat diets.

The difficulty associated with reducing diabetes and obesity is the result of the modern environment. The most abundant foods are high in fat and sugars, and low in fibre. The wild meats and plant-based foods consumed by hunter-gatherer communities have now been replaced by ultra-processed and refined foods.

On top of this, modern activity levels are relatively low. Elevators, escalators and cars have reduced the need to expend energy. And while activity levels are not as high as you might predict for hunter-gatherers, it’s more than today’s sedentary lifestyle.

These mismatch diseases emphasize how quickly human cultural development has outpaced human evolution, and the negative consequences of easy living. Our preferences for high-fat, high-sugar and salty foods are a consequence of adaptations for avoiding a negative energy balance. It’s important to imagine that in a landscape where food was scarce, those who carried a genetically determined preference for energy-rich foods would have had an evolutionary advantage.

Why Does it Matter?

Understanding the evolution of humans and disease lays the foundation for developing treatments that address the underlying basis for illness and assesses differences in disease vulnerability stemming from ancestral diversity.

A more profound understanding of our evolution is necessary to offer better health care to our entire community. Before medicine can move forward, we must understand where we came from.

A Cure for Diabetes? Canadian Scientists Think They Can Reverse the Disease With Stem Cell Treatment

3 Lessons the Pandemic Can Teach Us About Preventing Chronic Diseases