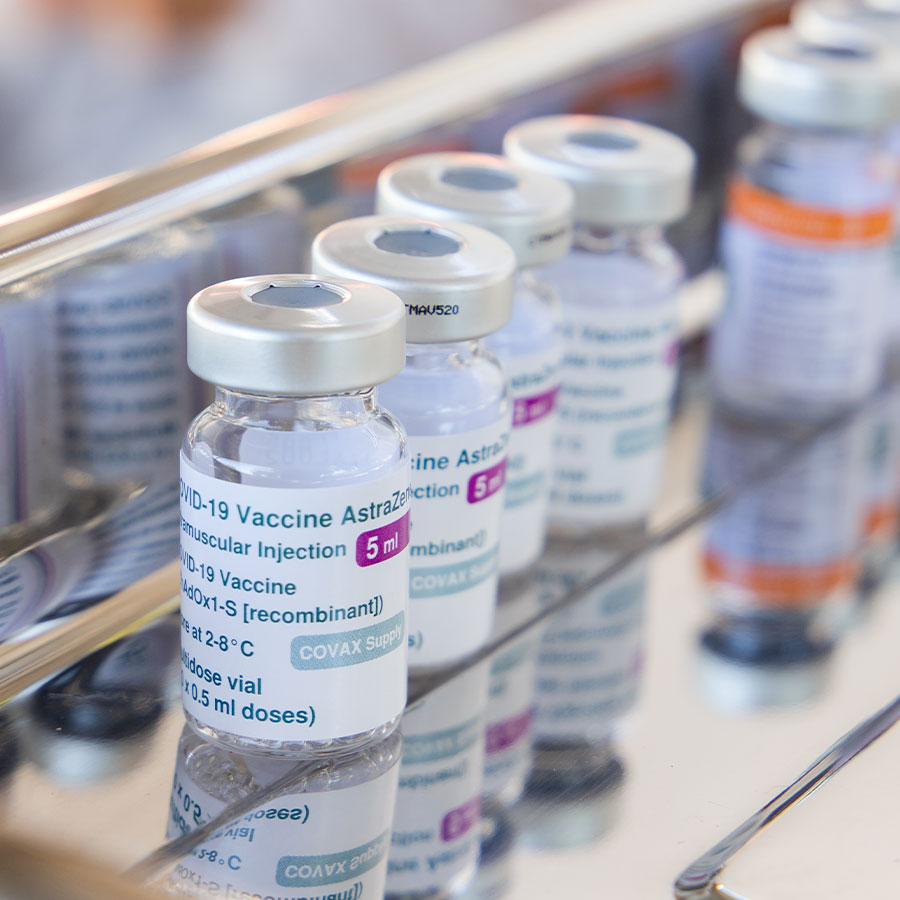 The FDA's inspection of a Baltimore plant producing AstraZeneca vaccines that were shipped to Canada and Mexico has revealed unsanitary conditions and poorly-trained staff at the facility, which was rapidly overhauled to produce COVID-19 vaccines during the pandemic. Photo: Jair Ferreira Belafacce/GettyImages

Canada and Mexico imported millions of doses of AstraZeneca’s COVID-19 vaccine and offered them to the public without health officials properly inspecting the operations of the U.S. manufacturer, according to inspection records and the regulators involved.

The Baltimore plant belonging to Emergent BioSolutions Inc was producing vaccines for both AstraZeneca Plc and Johnson & Johnson under a $628 million U.S. government contract.

In late March, under pressure to help other nations access COVID-19 vaccines, the Biden administration released 1.5 million AstraZeneca doses to Canada, and 2.5 million to Mexico.

European regulators had certified Emergent’s factory as complying with “good manufacturing practices,” and on that basis both Canada and Mexico began using the vaccine, regulators in both countries told Reuters.

But the European Medicines Agency (EMA) told Reuters that the certification was based on a remote inspection that focused on a part of the facility that was not actually producing the AstraZeneca shots — a fact that has not been previously reported.

The U.S. Food and Drug Administration halted production at the factory three weeks later, after J&J’s vaccine was found to be contaminated with material used in the AstraZeneca shots.

FDA inspectors later documented unsanitary conditions and poorly-trained staff at the plant, which had been rapidly overhauled to make vaccines during the pandemic. Production had remained halted, with tens of millions of doses of both vaccines in regulatory limbo.

Emergent said on Thursday the FDA was allowing it to resume production of J&J doses at the Baltimore plant after completing additional regulatory reviews.

No reports of illness have been linked to vaccines manufactured by Emergent, and regulators have not alleged that contaminated vaccines were given to anyone. Emergent said there has been no evidence of contamination in the AstraZeneca shots produced at its site.

But details of the flawed approval process show blind spots that can develop when national regulators share responsibility for overseeing a complex global pharmaceutical industry. Those were only exacerbated given the urgency of the pandemic.

“It’s a risk, because who knows what the standards are that are being applied?” said Joel Lexchin, a Canadian professor and expert in drug regulation. Health Canada typically relies heavily on foreign regulators, he said. “It’s a gap that exists outside of crisis times.”

Emergent said in a statement that it “has worked with health officials around the world to ensure any vaccine drug substance we manufactured meets strict safety and quality requirements before being released.”

AstraZeneca said vaccines manufactured by Emergent were subject to more than 40 tests to meet its requirements for safety, purity and quality, and that its manufacturing standards “are rigorously assessed and independently verified by regulators.”

Health Canada told Reuters it is confident the vaccines it received were safe, pointing in part to AstraZeneca’s quality control systems. Mexico health regulator COFEPRIS said it remains “confident that the approval process was carried out with all the necessary rigor.”

Canada signed deals to formally recognize some other regulators’ certifications as early as 2003, and the United States and Europe reached similar deals in 2019.

Early in the vaccine rollout, the European Union was due to receive doses of the J&J vaccine made by Emergent. In early February, Italian officials conducted a remote inspection of the plant that only focused on areas where J&J production was taking place “and not the AstraZeneca vaccine, which was not manufactured at Emergent for the EU market,” EMA said in a statement.

Health Canada said it assumed both products would be made to the same standard. “The quality systems assessed by the EMA for this product would be applicable to all similar products made at this site,” it said in a statement.

This is the wrong approach, according to University of Ottawa professor Amir Attaran, who studies drug policy, including Health Canada’s reliance on foreign regulators.

“It’s precisely because they were similar (products) that cross contamination is a risk,” he said. Canada was “out on a limb” approving AstraZeneca doses from the facility before the FDA, he said.

Initially, Mexico’s COFEPRIS told Reuters the FDA was responsible for certifying U.S. operations, but later confirmed that the factory had been certified by European regulators.

When Reuters shared the European regulators’ statement that it had not assessed AstraZeneca production specifically, COFEPRIS said it would review the file, but remained confident in the approval process.

The Mexican regulator said vaccines went through quality control systems at Emergent, and twice more during the vial filling process handled by another contract manufacturer.

“When evaluating vaccines, the product and its entire production process are considered and examined,” it said in a statement.

Emergent’s contract with the U.S. government is the focus of a Congressional investigation, which unearthed documents that highlight early concerns about the Baltimore plant.

Soon after the Trump administration announced Emergent’s contract last summer, its own vaccine officials visited the plant and wrote a report flagging inadequate staffing and training. The report warned of the need to strengthen quality oversight, a process that would “require significant resources and commitment.”

The FDA, following a February 2021 visit to the plant, noted in a June memo that Emergent staff turnover was high and record-keeping inadequate. While European regulators said they were aware of that visit, Health Canada said it did not learn about it until last month.

An FDA spokesperson said the agency works closely with international partners, and that it notified various health authorities of its findings after its April 2021 inspection of the Emergent facility.

Emergent said it is still working with the FDA to release more of the already produced COVID-19 vaccine batches.

“We have manufactured tens of millions of doses that could be used to help vaccinate people around the world as the pandemic shows no signs of slowing down,” the company said.

COVID-19 Tracker: Will We Need a Third Vaccination to Combat the Delta Variant?

Will COVID-19 Vaccination Enthusiasm Last? Lessons From Polio and H1N1