COVID and Cognitive Impairment: Science Looks for Answers Into Why “Long-COVID” Sufferers Struggle to Bounce Back 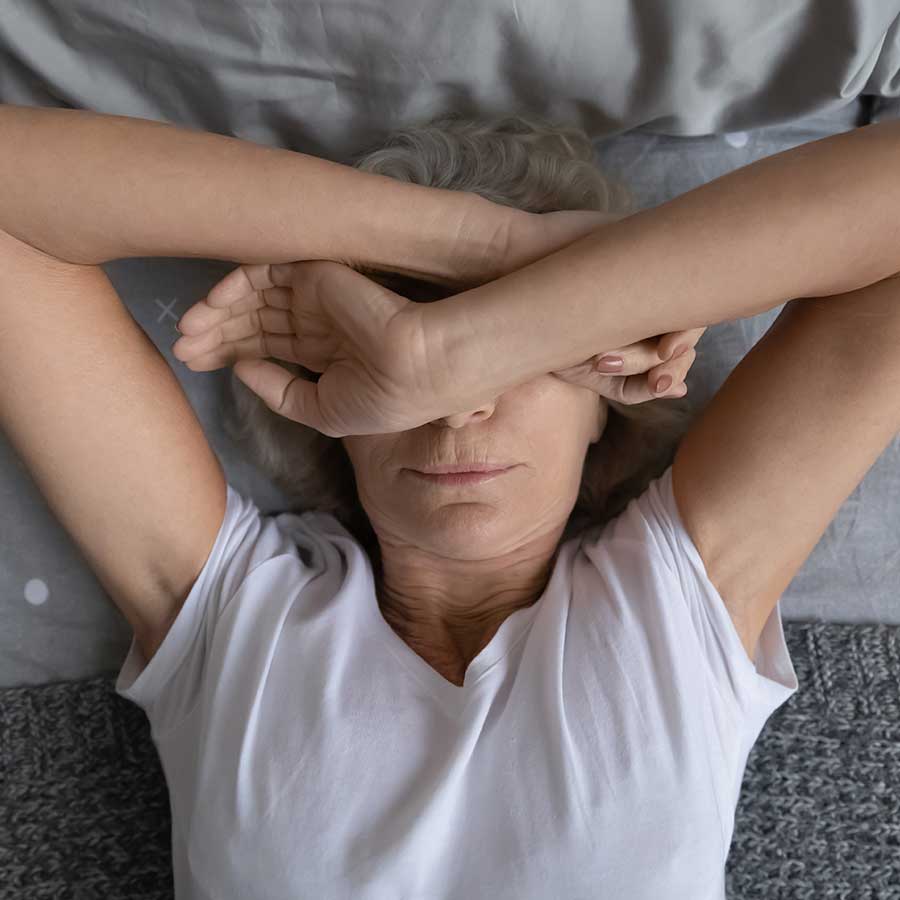 Cognitive impairment from “long COVID” is equivalent to aging 20 years or losing 10 IQ points, according to a recent study.

Researchers from the University of Cambridge and Imperial College London published their findings in the journal eClinicalMedicine last week. The study found that people who had suffered from COVID-19 scored especially poorly on verbal analogical reasoning and exhibited slower processing speeds.

Those who had more severe cases of COVID-19 were also found to be more likely to do poorer on these tests. These results were “similar in magnitude to the effects of ageing between 50 and 70 years of age,” the study authors wrote.

This startling finding was both dismaying and oddly comforting to Lesley, a 50-year old Toronto-area resident.

She was diagnosed with COVID in January 2021 before vaccines were available. Now, 16 months later, she says she has brain fog, and issues with memory and attention. But she prefers to describe this syndrome as “challenges with executive functioning” rather than cognitive impairment.

While these lingering symptoms are upending her life, the study findings are reassuring for Lesley because they show that her illness, while invisible and undetectable with testing and screening, is real and serious.

“It’s exceptionally frustrating to be dismissed and misunderstood,” she says. “I’ve seen a lot of different doctors. One who was wonderful admitted they don’t have the answers, and they get frustrated, too.”

There’s no answer either for why “long COVID” affects some people and not others, and how many people are afflicted by it.

“Federal agencies are trying to get a handle on how many Canadians are suffering from ‘long COVID’ as researchers learn more about the mysterious after-effects of the virus,” reports CBC.

The Public Health Agency of Canada and Statistics Canada have launched a survey to get a broad idea of how common it is for people to feel lingering effects after COVID infection — something which can be difficult to identify and even harder to track.

“We probably anticipate that the impact of ‘long COVID’ is going to be quite substantial,” Chief Public Health Officer Dr. Theresa Tam said, suggesting that as many as one of two people who contract COVID could experience “long COVID.”

Until more is known about the disease, Lesley says she’s getting support for coping with “long COVID” symptoms in the online support group she attends most Wednesday afternoons.

Fran Wolfe, the support group leader and a nurse-practitioner at Baycrest in Toronto, started the group in June 2021 as “a forum (for long-haulers) to speak about how they felt, how others treated them and how their families were tired of them not being well.”

Sarah, a support group member, says “I’ve had a lack of empathy from people who have not caught COVID and from those who have and have recovered. They’ll say, ‘You’re still dealing with that?'”  She says they’ll imply that she’s “making this up” so she doesn’t have to do something or go somewhere.

Wolfe saw the need for a support group while following up on people who’d tested positive. “A year later,” she says, “they were still feeling ill. We referred them for testing but everything came back negative.” She adds, “They’re still undergoing testing, there’s still no answer, there’s still no treatment.”

The sad thing, Wolfe says, “is that families do not understand why long-haulers haven’t bounced back. They were previously healthy and active, joggers and fitness experts, and now they’re suffering brain fog, forgetfulness and fatigue. These people are not well, they’re not functioning, they can’t work.”

The unpredictability of these symptoms makes planning and socializing challenging. “I don’t know how I’m going to feel in an hour,” says Lesley, “whether I’m going to have enough energy and ability. I find planning ahead is intimidating.”

Along with the suffering, unpredictability, distress and dismissiveness many long-haulers experience now, there’s anxiety about the future, says Wolfe. “What will it be like in five years, 10 years, 20 years?”

Members of the support group are also worried about what will happen to them as society enters a post-COVID environment. “This is still going to be our lives,” said one group member. “We’re scared that we’re going to be left behind and forgotten.”

Wolfe wonders, “Where do we go from here?  Where is the science and the research?”

The support group can be contacted at [email protected].

“Living With COVID-19”: Beyond an Empty Phrase, We Need Tools to Manage Current and Future Waves