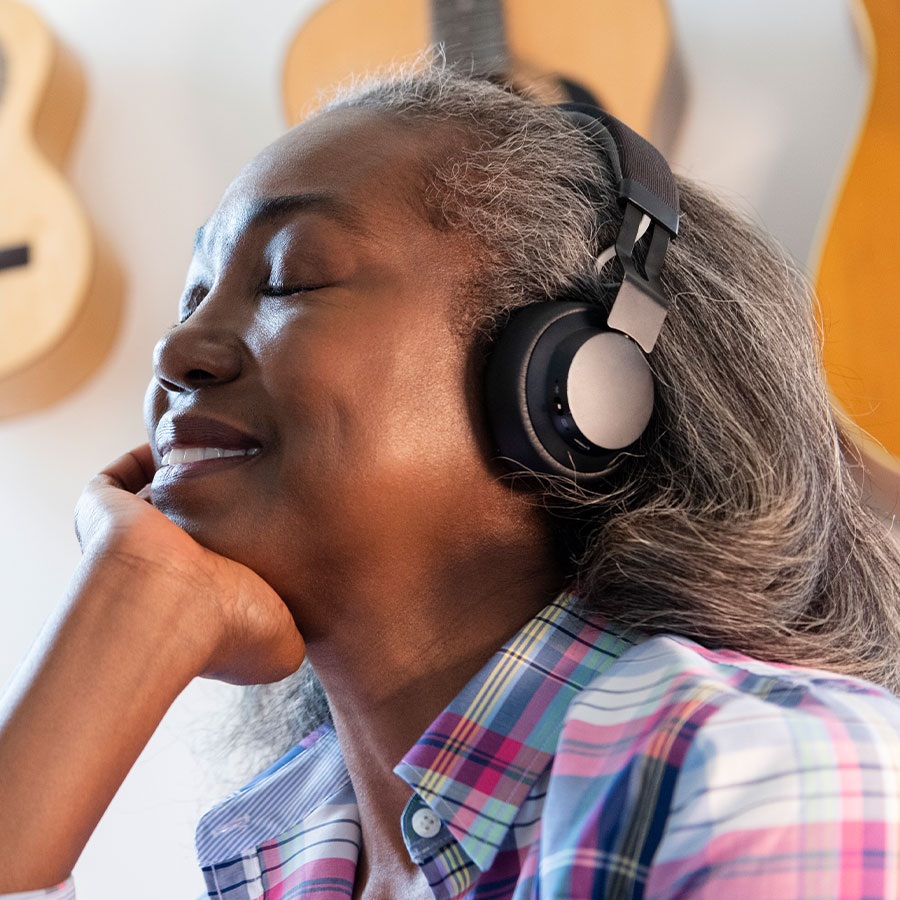 There are already established screening tests for cognitive decline. But they tend to be labor-intensive and are mostly used when there are already concerns. Now Israeli scientists say they’ve developed a new methodology, which measures brain function while older people are listening to music.

As reported here, the test uses a three-electrode pad attached to the head. As people listen to the music, they’re asked to complete certain tasks, like pressing a button when a particular instrument is played. “An algorithm analyzes the data to determine whether or not the brain function suggests that cognitive decline is underway, and if so, to what extent.”

The test takes about 15 minutes, and was developed by Tel Aviv University PhD student Neta Maimon. “It’s been trialed on dozens of elderly people in newly peer-reviewed research. The same people also underwent testing using standard assessment for cognitive decline, and the results from both tests largely matched.”

Maimon believes that because her test is largely automated, it could be used as a quick and inexpensive early test, in contrast to the more labor-intensive tests now used.

“Our method enables the monitoring of cognitive capability and detection of cognitive decline in the early stages. It could do so by simple and accessible means, with a quick and easy test that can be conducted in any clinic.”

Maimon acknowledges that further trials and peer review — plus regulatory approval — are still required. But the implications are big: “Screening tests are commonly accepted for a variety of physiological problems such as diabetes, high blood pressure and breast cancer,” she says. “But to date, no method has yet been developed to enable routine, accessible monitoring of the brain for cognitive issues.”

Definitely worth following this. Also, I’m going to dig a little deeper to find out more about the underlying mechanisms, the why of this method. What’s going on in the brain, and how and why does our response to music provide a clue to cognitive decline?

The World’s Oldest Practising Doctor, 100, Says “Retirement Is the Enemy of Longevity”