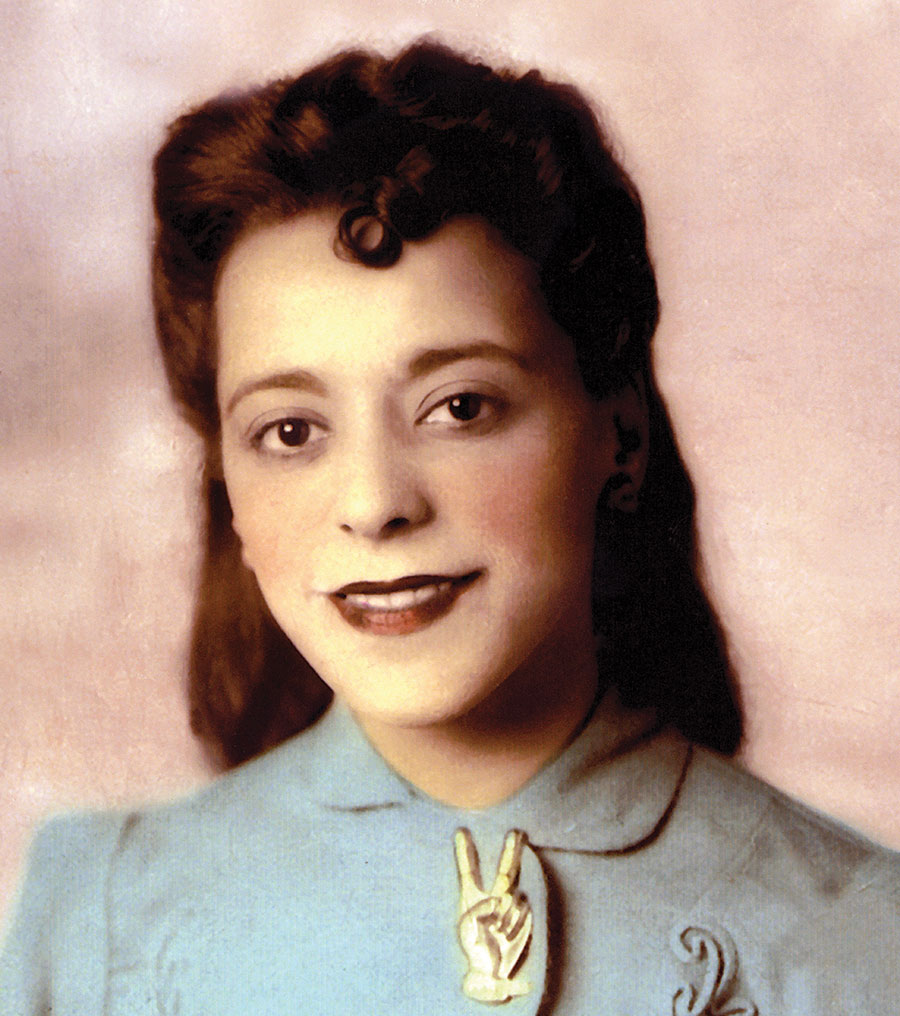 In 1946, Desmond was 32, and was a rare woman of any colour; she had a thriving beauty business and her own car. In this hand-painted portrait, circa 1941, Desmond wears a V for Victory brooch, symbolic of the Second World War. Photo: Courtesy of Wanda Robson and Viola Desmond Collection. 16-80-30220. Beaton Institute, Cape Breton University

I should have been ashamed that I didn’t know about Viola Desmond until 2016, when she made the shortlist to be the face on Canada’s new $10 bill.

Despite paying attention in Grade 10 Canadian history class, being engaged in decades of Black History months and seeking accounts of trailblazing Black Canadians to highlight as a journalist, I was unaware of the woman who fought racial segregation in a country where many don’t know that Black Canadians were barred from some public spaces. In Desmond’s case, it was the main floor of a theatre in New Glasgow, N.S., where she took a seat in 1946 to watch a psychological thriller called The Dark Mirror, because she was nearsighted and couldn’t see the screen from the Blacks-only balcony.

I was flabbergasted to learn, deep into mid-life, that our human rights heroine took a seat to make a stand nine years before Rosa Parks — who is central to global civil rights lore — refused to move for a white passenger on a segregated bus in Montgomery, Ala.

Instead of being mortified, I was conflicted. I was annoyed at significant unsung Black contributions to this country, but gratified at Desmond’s posthumous just desserts; being featured on money is the apex of iconography.

Seventy-five years later, she is now an indelible part of our national story.

In 1946, Desmond was 32, and a rare woman of any colour; she had a thriving beauty business and her own car. After refusing to leave the whites-only section of Roseland Theatre, she was dragged out by police, arrested and found guilty of tax evasion and given a $26 fine ($368 in today’s money).

She wasn’t an activist in the traditional sense. Desmond just wanted to watch a movie while her car was being fixed, and declined to capitulate when confronted, despite the risk to her safety and livelihood.

Public commemorations will likely abound on Nov. 8, which marks the 75th anniversary of that pivotal day.

Instead of merely raising a glass to Desmond, who died in 1965, I pledge to strengthen my support of Black Canadians walking her walk — women like designer Aurora James, who created the 15 per cent pledge; author Itah Sadu, who co-owns A Different Booklist, a Toronto multicultural bookstore and community hub; Black Owned Canada founder Kerin John; and so many others who meld commerce and activism to make a difference in their industries and in our lives.

May their names never be lost to the archives.

A version of this story originally ran in Zoomer‘s Oct./Nov. 2021 issue.