How To Revisit Classic Shows From The Golden Age of Radio 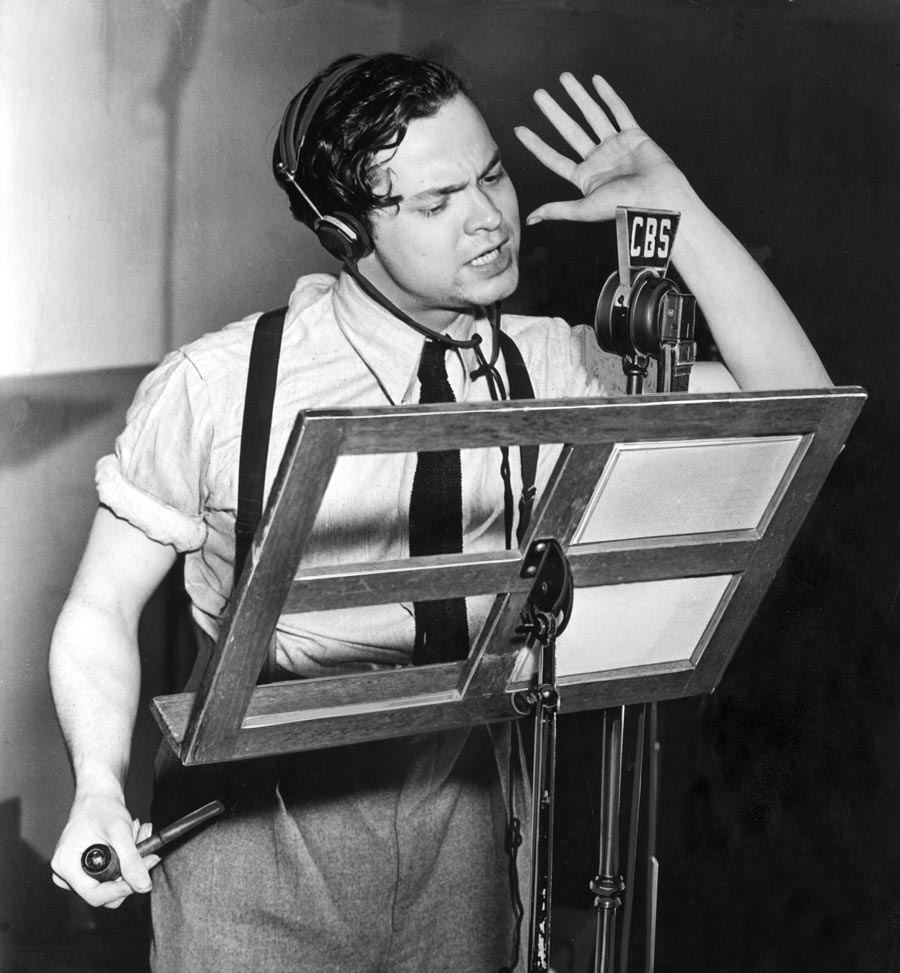 Orson Welles speaks into a microphone during a broadcast of his CBS radio program, "First Person Singular" circa 1938. Photo: Hulton Archive/Getty Images.

If you’re looking to fill your smartphone, tablet or laptop with quality content, there’s a lot more than just music, videos, ebooks and games out there.

Without costing you a dime, you can get as many as tens of thousands of old-time radio shows (OTR) from the golden age of radio available for streaming or download.

Oh sure, you can listen to some of these shows on the radio, such as “Theatre of the Mind” on Zoomer Radio AM740 in the Greater Toronto Area, which is great, but you can also acquire complete collections of your favourite shows and play them back on all your digital devices — anytime, anywhere.

What is OTR exactly?

No, we’re not talking audiobooks here, which are typically narrated by one person. Rather, these are well-acted, bite-sized radio plays, which are often accompanied by music and special sound effects. They typically run anywhere between 20 and 45 minutes in length.

Because you’re using your imagination to “see” the characters, environment and actions, these shows feel wonderfully intimate and personal.

Just like other forms of media, there are genres for every taste. Comedy fans, for example, might prefer to hear the likes of Jack Benny and Fibber McGee & Molly, while those who prefer science fiction would likely get a kick out of X Minus One or Orson Welles’ (in)famous War of the Worlds broadcast.

Personally, I love the horror, suspense and sci-fi genres. A few of my favourite series include Inner Sanctum, Lights Out, Suspense, Quiet Please, The Shadow, Mysterious Traveler, X Minus One, CBS Radio Mystery Theater and anything from Ray Bradbury (be sure to download Mars is Heaven and To the Future).

Kept alive by the internet and MP3 files, most of these radio shows — which were popular before television took off in the 1950s — still hold up in the 21st century. That is, if you can get past some of the classic stereotypes (such as the Irish cop), sponsored jingles about cigarettes and everyone calling each other “dahling.” In some cases, you can hear the original advertisements throughout the show, but in most cases it’s stripped out.

Because the copyrights expired for most of these shows, you can download and listen to them for free. Or, if you can’t be bothered, you can subscribe to OTR podcasts.

For complete collections, you can buy them on disc or hard drive. However you choose to acquire them, you can fill up your device.

Enjoy, and spread the word!

Where to get OTR shows:

Websites and radio: Archive.org is the best online resource for free OTR downloads and it houses tens of thousands of shows you can get individually or as a complete series.

You’ll also have access to photos, show descriptions and comments from fellow listeners. Shows can be searched by name or browsed by review ratings, number of downloads, number of reviews or recent additions.

Also bookmark RelicRadio.com, YouTube, and RUSC.com, which allow you to listen to more than 35,000 shows.

Those who listen to satellite radio might not be aware of an old-time radio station that streams shows 24/7, called Radio Classics (Channel 148), and as previously mentioned, Zoomer Radio AM740 in Toronto also plays these classic radio shows. Podcasts and apps: There are dozens of free OTR podcasts to subscribe to. Most are divided by genre, such as The Horror! or OTR Westerns, or they’ll be posted by the name of show. Dragnet, Escape, Lone Ranger and The Shadow are just some of the classic radio shows available as podcasts.

iTunes is also a popular resource for subscribing to podcasts and syncing with mobile devices, but there are many other podcast aggregators, too.

Be sure to check out the Relic Radio podcasts; they’re all free, but the narrator, who introduces each segment with a bit of historical information, usually asks for a small donation at the end of the episode.

A number of apps are also devoted to OTR, some of which let you stream shows while others have a download option.

Buy on hard drive or disc: If you have a lousy internet connection, want complete collections, or can’t be bothered with finding and downloading episodes online, you can always buy OTR and have it shipped to your front door.

Yes, really! OTRCAT.com lets you buy discs for $5 (USD) apiece, sold by series or genre. Another option is a hard drive with many thousands of OTR episodes, such as the $74 (USD) portable drive at OldTimeRadioDVD.com; the 500GB drive is packed with more than 74,000 radio shows and other audio and video material. There are also OTR collections to buy on eBay and online classifieds sites.

Nostalgia: A Throwback to When Papers Were Delivered by Erstwhile Ink-Stained Kids