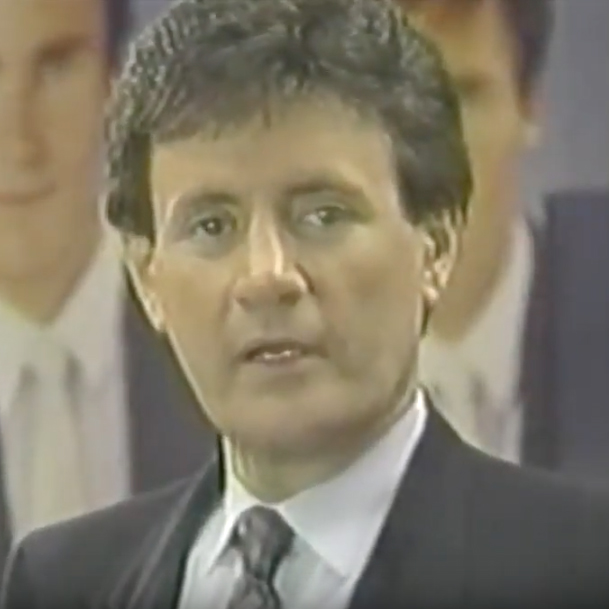 Hair Club founder Sy Sperling helped usher in the self-care trend of average men doing more to care for their appearance beyond the occasional shave and a haircut. Photo: Via Youtube

When a 40-year-old Sy Sperling started appearing on late-night TV across North America in 1982, Michael Jordan was still seven years away from shaving his head. It was most definitely not okay to be bald, and Minoxidil, developed in the 1950s to treat high blood pressure, wouldn’t be approved for its fortuitous side effect of stimulating hair growth for another six years.

William Shatner was doing pretty well with his wig, as was Ted Danson, but they were still just mops perched on top of heads, not terribly stable, and Danson, at least, took his off as soon as the cameras stopped rolling. There were more permanent options, but even Elton John was having trouble with those, judging from the stories he tells now of painful surgeries and uneven results.

Sperling, who died at 78 on Wednesday in Boca Raton, Fla., created one of the first great infomercial sensations when he came on television with his full, well-coiffed head of chestnut brown hair and held up a picture of his bald self as he intoned the words several generations will take to their graves. “I’m not only the Hair Club president,” he said as he wound up his low-budget videotaped ad for what, in 1982, was a single salon on Madison Avenue, “but I’m also a client.”

The technique he developed with a hairdresser 13 years before involved weaving purchased human hair and the client’s remaining hair into a patch of netting. The results allowed, as the ads famously showed, swimming, tennis playing and dating, which was conveyed by a woman running her fingers through a Hair Club man’s do. (Clients would have to get US$65 tune-ups on their US$2,000-US$3,500 pate covers every few months.)

The romance part was big for Sperling, and he later credited his own fear of toupées coming off at an inopportune time  as the main reason he put so much effort into developing his solution.

“If you’re dating and going to be having special moments,” he once said, “how do you explain, ‘I got to take my hair off now’?”

By the time they reached their height, the Hair Club commercials — aimed at white men — were running as much as 400 times a day. They cost Sperling US$12 million and spun off US$100 million in annual sales through his 85 franchised salons. “But I’m also a client” became one of the most popular memes of its day and, in the process, Sperling became both a harbinger and a progenitor of the mainstreaming of beauty products for men.

Duran Duran had had their first hit single the year before and, for a while, the idea of men doing things to make themselves look pretty was dubbed New Romanticism. But as the brief popularity of male mascara waned, the idea Sperling so ineloquently promoted caught fire. Average men can make an effort — beyond the occasional shave and a haircut — to make themselves look attractive.

Long seen as the effete province of actors and homosexual men, Sperling — who was so clumsily neither — made it seem like something a straight guy who didn’t think of himself that way could do. There is a straight line between Sperling and Queer Eye, which no longer feels the need to make a nod to the straight guy but still needs him as much as Sperling did. And somewhere along the line, men started feeling less anxiety over how much they cared about how they looked.

They soon started dropping other anxieties as well.

The year after Sperling went national, Mr. Mom, a movie about a man who stayed home to take care of the kids while his wife worked, was played for laughs, and an all-female group called The Seirens spent its whole high-rotation music video lambasting a man who took care of himself as being “so GQ.”

By the time Sperling sold his business to an equity firm in 2000 for US$45 million, Calvin Klein underwear (launched in 1982) had got men to care how they looked in their skivvies, and Men’s Health (1986) was one of the biggest-selling magazines in the world. In 1981, there were 25,000 stay-at-home dads; by 2000, the number had doubled. And according to current estimates, the men’s personal-care industry Sperling played such a big role in siring will, by 2022, be worth US$166 billion.

Though he was never recognized with a CLIO (the Oscars of ads) and was the butt of a decade’s worth of jokes, Sperling turned out to be one of the most influential advertisers of the 20th century.

8 Self-Care Gifts for a Happy and More Mindful 2020