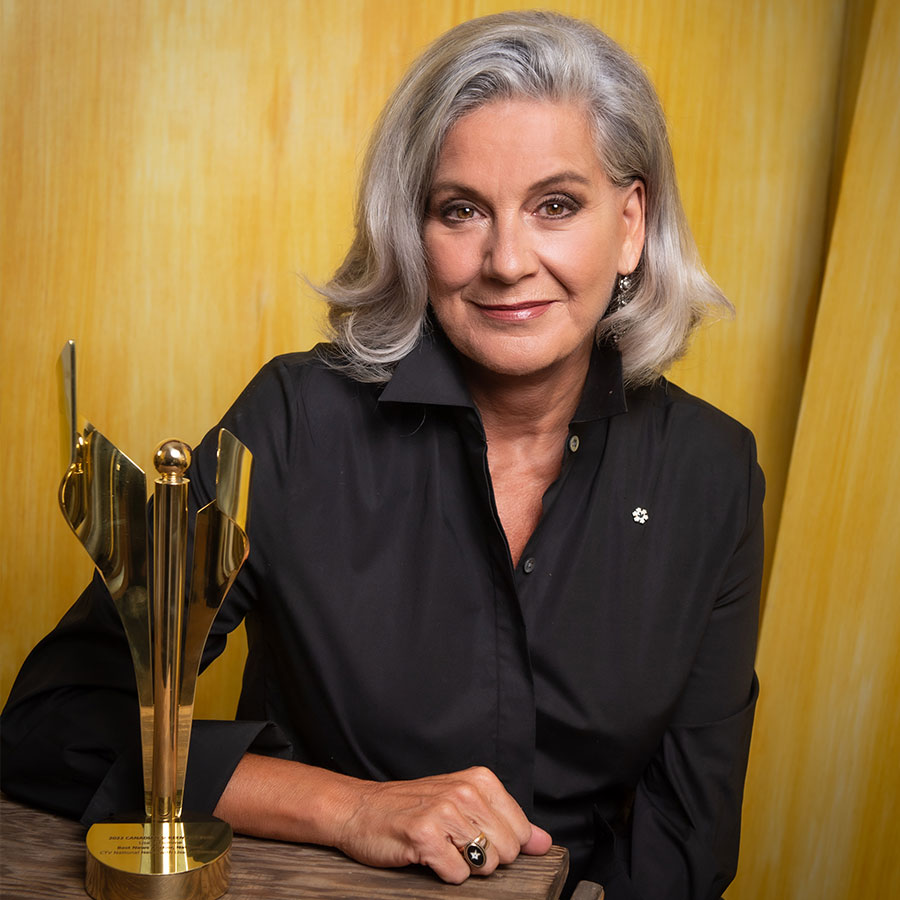 Lisa LaFlamme poses with her Canadian Screen Award for Best News Anchor, National, which she nabbed for the second straight year in April — mere months before being unceremoniously let go from the job that won her the honour. Photo: HO-George Pimentel/The Canadian Press

Perhaps the most disturbing item revealed in the aftermath of the firing of CTV National News anchor Lisa LaFlamme is that the 58-year-old journalist didn’t even appear to have the final say on the colour of her own hair.

According to a senior CTV official quoted in a Globe and Mail report on Thursday, at a meeting shortly after taking the reins as head of news at CTV, Michael Melling, LaFlamme’s boss, asked who had approved the decision to “let Lisa’s hair go grey.”

Seems like a smoking gun, if you will, on the question of whether LaFlamme’s ousting, revealed earlier this week, was the result of ageism and sexism.

The issue of LaFlamme’s silver crown would be addressed by Melling again, according to the Globe story, when, while on set one day, he noted that it was taking on a purple hue in the studio lighting.

It’s worth noting, as others have on social media, the cast of their coifs never seemed an issue for LaFlamme’s male counterparts — including her predecessor Lloyd Robertson, who retired of his own volition, silver-haired, at the age of 77 in 2011.

LaFlamme’s choice to let her grey grow out during the pandemic actually made news — again, not sure her male counterparts experience the same scrutiny of their top mops.

She explained the decision in a 2020 network year-in-review special, saying that because of COVID she couldn’t get to her colourist and was having to spray her roots every day before going on air. “I finally said, ‘why bother? I’m going grey.’ Honestly, if I had known the lockdown could be so liberating on that front I would have done it a lot sooner.”

Condemnation of CTV’s decision to put LaFlamme “out to pasture” has been swift on social media, and accompanied by applause for the journalist as a role model for positive aging — including from famously grey-streaked businesswoman and TV personality Arlene Dickinson, 65.

Meanwhile, “exploitive” was one of the words of choice in a tweet by journalist and frequent Zoomer contributor Elizabeth Renzetti, summing up the issue — the real one — of LaFlamme needing permission for her own appearance.

Melling, as the Globe pointed out, was the one to tell LaFlamme that her contract — not ending for two more years, when she would be 60 — was being terminated early. “Blindsided” was how LaFlamme described her reaction to the news in a video she posted to Twitter on Monday.

“On June 29, I was informed that Bell Media made a, quote, business decision to end my contract, bringing to a sudden close my long career with CTV News. I was blindsided, I’m still shocked and saddened by Bell Media’s decision,” she says in the video. “At 58, I still thought I’d have a lot more time to tell more of the stories that impact our daily lives. Instead, I leave CTV humbled by the people who put their faith in me to tell their story.”

Perhaps there’s a little more smoke from that ageist and sexist gun in that LaFlamme doesn’t sound like someone who’d seen the writing on the wall.

On Friday, CTV’s parent company, Bell Media, released a statement saying that it “regrets” the way in which LaFlamme’s departure was handled, and that it takes matters of “any discrimination very seriously.” The media giant confirmed that an independent review of the CTV newsroom will take place over the coming weeks.