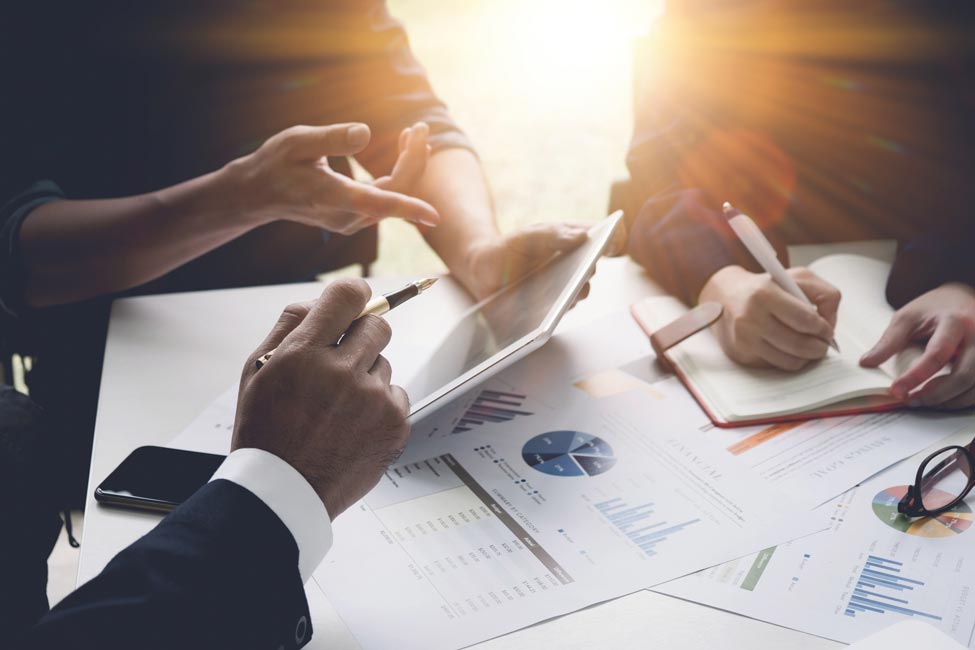 The stock market doesn’t seem to know where it wants to move right now.

One day, prices are up after some semi-encouraging news about the resumption of U.S.-China trade talks. The next day they’re down over worries that President Trump will slap tariffs on imported goods from the European Union. On Friday, the Dow fell after a strong U.S. jobs report because, as CNN Business put it, “good news is bad news for stocks”. That’s because greater job creation makes it more difficult for the Federal Reserve Board to lower interest rates.

In short, there is no direction at this point, just confusion.

The first six months of the year produced double-digit returns for the major indexes in Toronto and New York. The TSX was ahead 14.4 per cent for the first half of 2019 while the S&P 500 gained 17.4 per cent and the Dow advanced 14 per cent. European equities also did well, with the Euro Stoxx 50 Index up more than 20 per cent.

Those are great results. Enjoy them. I don’t think we’ll see a repeat in the second half of the year. There are too many uncertainties out there, with Donald Trump’s manipulative use of tariff threats heading the list. Second-quarter earnings, which are expected to be down from a year ago, could also be a drag on the markets.

All the major U.S. indexes and the TSX have hit record highs this year. Maybe they’ll keep moving up – momentum is a powerful force with investors. But I wouldn’t bet on it. This may be a good time to become more defensive with your money.

I have always advocated the value of a balanced portfolio. Given the uncertainty facing equities in the second half of the year, I consider it even more important than ever to allocate a reasonable percentage of your assets to bonds and cash right now.

Many people are reluctant to do that, given the continued strong bull market. But prudence suggests some rebalancing if your assets are more than 70 per cent in equities.

It’s not like bonds are a wasteland. Yes, stocks have outperformed them so far this year, but bonds have produced some decent returns since the Federal Reserve Board indicated that rate cuts, not hikes, are coming. The iShares Core Canadian Universe Bond Index ETF (TSX: XBB), a recommendation of my Wealth Builder newsletter since 2007, posted a gain of 7.5 per cent in the first half of the year. Nothing shabby about that.

A well-balanced portfolio for someone under 60 at this time would be 60-70 per cent equities and 30-40 per cent bonds and cash. For older people, a 50-50 split would be more appropriate. You can do the rebalancing yourself, or you can buy units in a balanced mutual fund or ETF, where the managers do it all for you.

ETF providers have pretty much ignored balanced funds from the outset. Recently, several companies have jumped into this sector, including Vanguard, BlackRock, BMO, and Horizons. But the amount of money invested in balanced ETFs is very small and, in most cases, we have little history with which to evaluate their effectiveness.

At this stage, I prefer to use a mutual fund, where balanced products have been a staple for many years. I know many investors have soured on mutual funds in recent years because of the high fees, but here’s one that you should consider: Mawer Balanced Fund (MAW104). It has a management expense ratio that is only slightly higher than an ETF, at 0.91 per cent.

This fund was first recommended in my Internet Wealth Builder newsletter in February 2012. It’s a fund of funds – the portfolio consists of units in seven underlying Mawer funds, all of which are respectable performers in their own right.

The track record is outstanding. Over the decade to the end of May, the average annual return was 10.4 per cent, after fees. Any fund or ETF that can top 10 per cent over such a long period deserves attention. The fund has a five-star rating from Morningstar and an A rating from Fund Library.

The asset allocation is about 60 per cent stocks, 40 per cent bonds and cash. That’s a very appropriate mix for the current market conditions.

The minimum initial investment for the Mawer funds is $5,000. They can be purchased through most investment advisors and discount brokerages, except RBC Direct Investing.

I am maintaining a buy rating for this top-quality fund. Ask your financial advisor if it is right for you – but don’t expect a strong endorsement because the fund does not pay trailer fees (hence the low MER).

Stock Market: Making the Case for a Buy and Hold Portfolio

Stock Market: The Year Is Half Over – Who Are the Winners So Far?