Tax Fraud: How to Know You’re Being Scammed 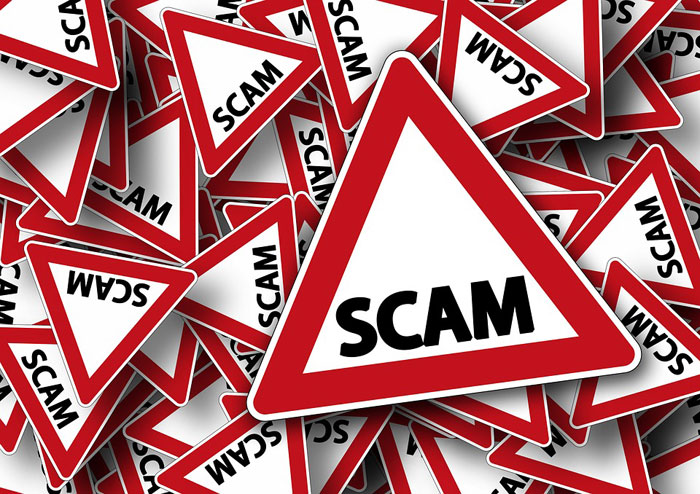 Yes, it could happen to you. Here, basic guidelines from the Canada Revenue Agency to help you identify possible tax scams.

The voice mail message, delivered with a strong Asian accent, was menacing.

The man knew my name and address.

He warned me that the Canada Revenue Agency (CRA) was about to file a lawsuit against me, and that I could be arrested unless I cooperated and made good on my tax bill right away.

For a while, longer than I’d like to admit, I fell for it.

The truth is, I’m behind in my taxes.

I was feeling guilty enough that I panicked a little at the message.

Okay, more than a little.

What if it really was the CRA?

I called back, as instructed. The voice on the other end, the same voice that was on the message, answered with, “Hello.”

That should have been my first hint.

He went on to tell me that there were a lot of mistakes on the tax documents I’d filed and because of that, there was a pending lawsuit.

That should have been my second hint: I hadn’t filed.

I asked him for his name.

He gave me his name—Sean something-or-other—and reeled off a list of numbers that he said was his badge number.

When I said that I didn’t understand what he was talking about, he asked me what language I spoke.

That’s when he started yelling.

“You are wasting the government’s time! We will have you arrested! I am calling the Toronto Police right now!”

Instead, I asked to speak to his supervisor.

He banged down the phone.

Slowly, I began to piece it together. The call screener for the message he’d left showed a private number, not CRA.

There was no indication through any of this that he was a representative of the CRA.

Finally, I calmed down and concluded that I’d been scammed—and had come ridiculously close to falling for it.

When I spoke to Paul Murphy, a CRA media relations specialist, he told me that there was a lot of this scamming going on this season.

Some people are even being told to hurry over to Shopper’s Drug Mart to buy a gift card and to send it to a certain address as a way to pay their tax arrears quickly enough to prevent a lawsuit or arrest.

And some people are doing it, Murphy said.

I also called someone I know who retired from the CRA a couple of years ago. She laughed about how gullible I was.

She said tax scammers tried even to intimidate a friend of hers who actually works at the CRA.

“The Canada Revenue Agency (CRA) is aware of telephone scams where the caller claims to be from the CRA but is not, and is asking Canadians to beware,” advises the CRA’s Murphy.

“Some telephone scams involve threatening taxpayers or using aggressive and forceful language to scare them into paying fictitious debt to the CRA. Victims receive a phone call from a person claiming to work for the CRA and saying that taxes are owed. The taxpayer is often threatened with court charges, jail or deportation.”

He adds, “CRA officials act with professionalism and will not threaten immediate arrest or prison sentence.”

A version of this story was published online on March 9, 2018

Fraud Prevention Month: Watch Out for These Popular Scams