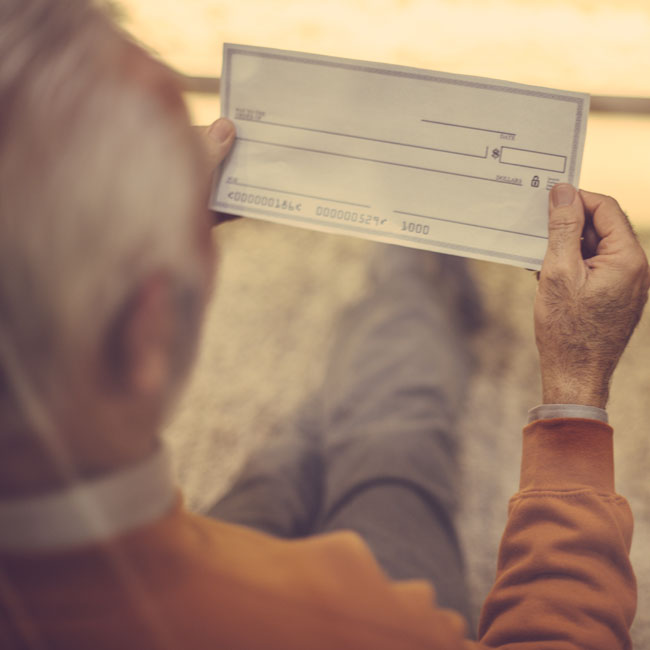 The government's response for seniors has left many asking whether it goes far enough. Photo: iStock/Getty Images Plus

These immediate measures were useful but, because they mainly apply to low-income Canadians, were rather limited in scope.

Under the government’s recently announced $2.5 billion senior relief plan, those who are 65 and over and currently qualify for the Old Age Security program (OAS) will get a $300 cheque in the upcoming weeks. And those who further qualify for the Guaranteed Income Supplement (GIS) will get a further $200. (These cheques will be mailed out automatically so you don’t have to apply online or by phone.)

All told, the “most vulnerable seniors” – as Trudeau often refers to lower-income older Canadians – will pocket a one-time tax-free payment of between $300 to $500 to help offset the extra costs they have incurred because of the pandemic.

Obviously, the extra cash will come in useful to the 6.7 million Canadians who will receive it to help cover the extra costs brought about by the pandemic, such as ordering grocery deliveries, taking taxis instead of public transportation and sundry expenses that have cropped up due to the lock-down.

But besides this assistance – and increased funding to the United Way and the New Horizons program to help reach isolated seniors – there’s been little direct support from the government for the millions of retirees whose portfolios have taken a severe beating during the spring’s stock market meltdown.

“The supports for seniors are welcome but do not directly address many of the concerns we’ve relayed to government from CARP members [a not-for profit advocacy group affiliated with ZoomerMedia] on retirement security and access to liquidity,” says CARP’s chief policy officer Marissa Lennox.

Lennox suggested that seniors were looking for something more substantial to protect their battered retirement portfolios. CARP made some specific recommendations that might help, including:

She contends that many older Canadians don’t want to cash out of their RRIF, especially at a time when their portfolios may have taken a bruising. “Depending on the types of investments people are holding, they might not like the idea of having to take money out of the investment, especially if it’s not doing well right now,” she says.

Under current rules, each year you are obligated by law to withdraw a minimum of the RRIF’s value. It’s known as the “RRIF factor” – the percentage of your prescribed annual rate of withdrawal that is determined by your age.

Under the new pandemic relief rules, however, the minimum withdrawal amount has been reduced by 25 per cent. This means that instead of withdrawing $5,400 this year, Smith has to take out only $4,050 – a difference of $1,350.

“I assume the goal of the new rules is to allow retirees to keep additional money in their investment a little longer in the hopes that they can take advantage of a market recovery,” says Watkin.

Her understanding is that if you’re already set up to get the automatic minimum amount withdrawn, the financial institutions that manage your RRIFs will adjust your withdrawal rates to reflect the new rules.

“However,” she notes, “I would highly recommend that people contact their carriers to verify if they are automatically going to change the amount. Don’t assume it’s going to be done for you.”

She also stresses that while the government has offered this measure for RRIF holders, you can still take more than the minimum. “You as the individual can determine the amount that you withdraw,” she says.

And she adds that for people who are used to doing their taxes with a live accountant might consider using one of the tax preparation software available, like Turbo Tax.

Older Canadians who are filing returns using the software but need tailored advice – whether it’s concerning the new RRIF rules or confusion over pension splitting – can take advantage of an enhanced feature on tax software, like Turbo Tax, that allows them to speak directly to a live tax expert, who can answer any questions and provide advice.

Tax Fraud: How to Know You’re Being Scammed