Finding Safe Places to Invest Your Money During the Pandemic 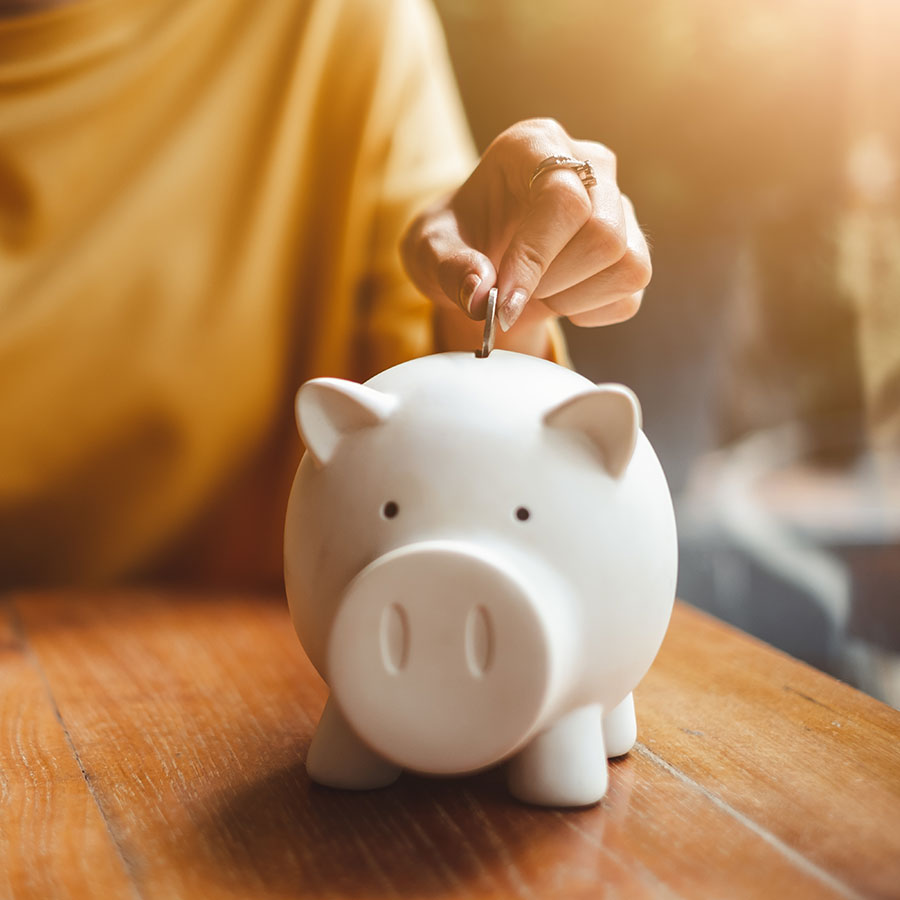 As we face a pandemic-driven depression and a highly volatile stock market, financial expert Gordon Pape takes a look at the safest places to invest. Photo: Nattakorn Maneerat/EyeEm/Getty Images

Where is a safe place for your money? Perhaps not where you might expect.

At least once a week, I get a question asking me to recommend a safe place to invest.

I can understand why. We’re in the midst of a pandemic, the economy is in a (hopefully short) depression, interest rates are at record lows, and the stock market is highly volatile and looks overvalued. No wonder people are antsy.

How bad is it? Consider this fact. Something on the order of US$12 trillion is invested in bonds with a negative yield. That means people are putting money into securities that will pay less at maturity than the original cost. A guaranteed loss from the outset. Why do it? Because they can’t find an alternative that offers a safe and profitable return. At least this way they get most of their principal back – or so they hope.

Many of what were once considered safe haven investments look less attractive these days. Here’s a rundown.

Bonds. Most of the bond market has performed well so far this year (high-yield issues being the notable exception). But that was simply a automatic response to the sharp and sudden drop in interest rates – bond prices rise when rates fall. Unless we head into negative territory, there’s no room left to cut. If rates start to edge higher, bond prices will fall. It’s a knife-edge situation right now, and certainly not risk-free.

REITs. Buy real estate. They’re not making any more of it. That use to be the mantra for investing in REITs (real estate investment trusts). But the pandemic and the resulting economic bust has changed people’s thinking. Now they’re worried about whether tenants can pay the rent. Shopping mall, hotel, and office REITs have been especially hammered. The S&P/TSX Capped REIT Index is down about 23 per cent year-to-date as of the time of writing.

Bank stocks. Canada’s big banks are safe and solid, right? Yes, they are – but their profits aren’t. Bank earnings were hit hard by the sharp economic slowdown, low interest rates, and huge loan loss provisions. The S&P/TSX Capped Financials Index is down about 14 per cent for the year. Bank stocks could be a bargain at this level but there’s more downside potential if the depression depends. An opportunity, yes. A safe one? No.

Preferred shares. It used to be that preferreds were considered to be just below bonds as a safe haven investment. That was in the days when straight preferreds were very simple securities. They paid a fixed rate of interest no matter what happened, so investors could reply on them for steady cash flow. The price varied with interest rate movements, but the income was always dependable.

Then the banks had what they thought was a brilliant idea. They started to issue rate reset preferreds after the Great Recession of 2007-2009. The initial interest rate was in place for five years and was then reset using a formula based on Government of Canada bond rates. Eventually, these new preferreds came to dominate the market.

When rates started to fall, investors could see the reset yields would be lower, and prices fell dramatically. The average annual loss for the S&P/TSX Preferred Share Index over the past three years is 6.4 per cent, as of the time of writing. Since Jan. 1, it’s down 7.7 per cent. No safe haven here.

Gold. The precious metal is a traditional safe haven investment and the price shot up with the onset of the pandemic. It hit a new record above US$2,000 an ounce. But in late August, some profit takers cashed in and the price tumbled by almost $200. As I write, it has recovered and is again flirting with the US$2,000 level.

That’s the problem – gold prices are highly volatile. I believe conditions are right for the metal to climb higher, but the ups and downs of the daily price swings may turn off a lot of people.

So, is there anything that is truly safe? Nothing is certain, but here are some ideas.

Swiss francs. Investors see Switzerland as a safe place for their money. And a Swiss franc bank account can be quite profitable these days. Over the past year, the franc has risen from about US$1.02 to US$1.10 – an increase of almost 8 per cent. But the Swiss really don’t want foreign money pouring in, so it’s not easy to open an account. And if you do, expect a negative interest rate. They’re really serious about keeping outsiders away.

Guaranteed investment certificates (GICs). The rates may be low but at least they promise a positive return at maturity and, if you choose the right institution, your money is protected up to $100,000 by the Canada Deposit Insurance Corporation. (Credit unions and some smaller institutions are covered by provincial plans, which vary across the country.)

Avoid the big banks. They pay a pittance. A five-year non-redeemable GIC at Royal Bank offers only 0.95 per cent annually. Smaller companies are a better bet. The best five-year GIC rate I could find at a CDIC-insured company is 2.3 per cent at Oaken Financial. That looks pretty good by today’s standards, especially with inflation currently running at a very low 0.1 per cent.

But it’s doubtful inflation will remain that low for the next five years. Governments are running up massive deficits and central bank printing presses are churning out billions in new cash in an effort to keep the economy afloat. Predictions vary but RBC is looking for an increase in the inflation rate to 1.1 per cent in 2021. Still, even after taxes are considered, that would still leave a small net profit on a high-yield GIC.

Buy a house. Prices are high, but interest rates are as low as you’ll probably see in your lifetime, so you can lock in for the long term. We will almost certainly see a dip in the market at some point, but we’ve had them before and always bounced back. Plus, a house has a unique advantage no other investment can offer – you can live in it.

This Montreal-Based Stock Is Thriving During the Pandemic