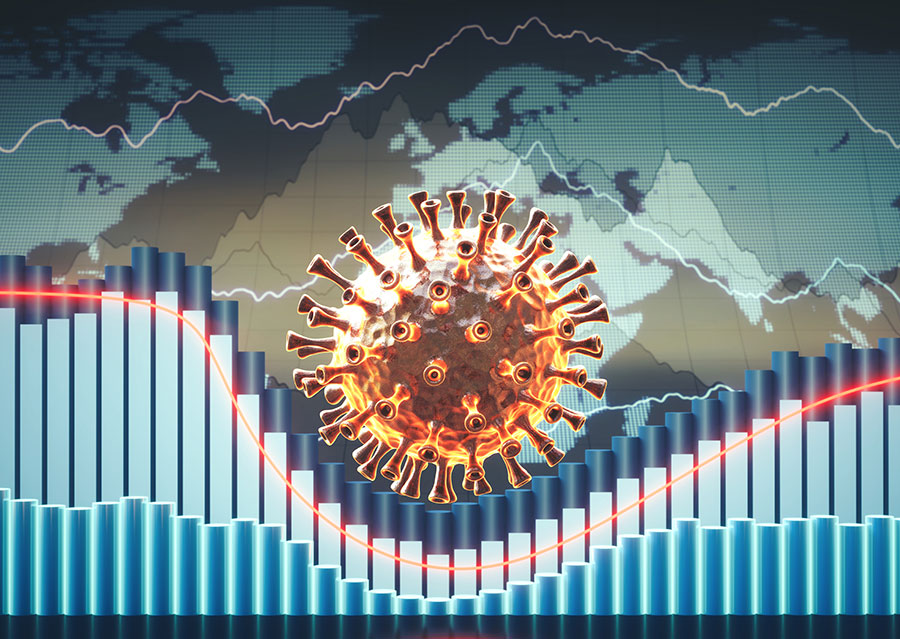 With the federal deficit approaching $400 billion and the national debt on pace to reach $1 trillion by the end of the year, Gordon Pape says higher taxes will be a necessary evil in the post pandemic recovery. Photo: Matejmo/Getty Images

Nobody is talking about raising taxes these days. Not with the country in the midst of a pandemic-induced recession that risks getting worse if the rising infection rate forces new lockdowns.

Governments and central banks are focused on getting us through this and mitigating the long-term economic damage as best they can. Ottawa is running up deficits at a rate not seen since the Second World War in an effort to provide support to businesses and individuals.

The Bank of Canada has joined the Federal Reserve Board and other central banks in slashing interest rates to near zero and using quantitative easing to provide liquidity through the purchase of securities like bonds and, in some countries, even ETFs and equities.

No one seems very concerned about what happens down the road. But the time will come when the pandemic will be behind us and the emphasis will shift to dealing with the massive debts we are incurring.

The Canadian Taxpayer Federation says the Federal deficit is approaching $400 billion and the national debt is on track to reach $1 trillion by year end.

“Ottawa has a massive deficit so now is the time to focus spending on the highest priorities instead of shopping around for nice-to-haves that simply add to the credit card bill,” said CTF Federal Director Aaron Wudrick, referring to such plans as a national daycare program and pharma care for all.

Getting the deficit down to more manageable levels will be tough, no matter what party is in power. Inevitably it will mean higher taxes, never an easy sell. But on what? Here are some possibilities.

Raise the GST. Most economists agree that consumption taxes are much fairer than income taxes. With the Liberals expressing concern over wealth inequality in this country, that suggests the GST would be a good, if unpopular, place to start.

Remember, the GST was originally set at 7 per cent when the tax was first introduced by the government of Brian Mulroney in 1991. Stephen Harper lowered it to 5 per cent in two stages between 2006 and 2008, and that’s where it stands today.

It has been estimated that every percentage point increase in the GST could raise about $7 billion in additional revenue for Ottawa. That has to be very tempting for any cash-strapped government.

Eliminate the principal residence exemption. Many tax experts believe it is only a matter of time before the capital gains exemption for personal residences is reduced or eliminated. The Canada Revenue Agency began collecting data on housing sales a few years ago, in a move many viewed as a prelude to introducing a new tax.

Again, this would fit with the Liberals’ philosophy of reducing wealth inequality in the country, especially if the plan included an exemption for lower cost residences.

Raise the inclusion rate for capital gains. As things stand right now, only 50 per cent of capital gains are taxable (with principal residences still exempt). This is seen by proponents as a way to encourage more risk-taking by Canadian investors and entrepreneurs. Opponents contend it is a tax break for the rich. Philosophically, the Liberal government falls into the latter group. Don’t be surprised to see the inclusion rate for taxable capital gains increase to 75 per cent or even 100 per cent in a future budget.

Raise income taxes. This has been the traditional recourse of cash-hungry governments. But as long as the Liberals remain in office, they’ll be reluctant to hit the middle class. Boosting taxes on higher incomes would be more politically acceptable but would generate much less revenue.

A wealth tax. This has been suggested as the ultimate solution to wealth disparity and was strongly promoted by Bernie Sanders and Elizabeth Warren in the campaign for the Democratic nomination. It seems deceptively simple: just slap an annual tax of, say, 2 per cent on the total wealth of anyone who’s net worth exceeds $50 million or whatever. In practice, however, it would be extremely difficult to administer. That doesn’t mean Ottawa wouldn’t try, however.

Attack TFSAs. As of 2017, the most recent year for which I could find statistics, Canadians held $276.7 billion in Tax-Free Savings Accounts. That’s a lot of money that will escape taxation when it is withdrawn over the years.

There have been suggestions that a revenue-strapped government might decide to tax all withdrawals, but that seems unlikely. TFSA deposits were made with after-tax income so hitting them again would be double taxation.

However, there are other things a government could do. One would be to levy a tax on any profits made in an account. Another would be to suspend further contributions to TFSAs until Ottawa’s finances are back on track.

Keep increasing the carbon tax. Hardly anyone noticed because of the pandemic but on April 1 the federal carbon tax increased from $20 to $30 a tonne of industrial greenhouse gas emissions. It is scheduled to keep rising to $50 a tonne by 2022, making it more expensive to drive your car and heat your home.

Right now, the plan is to stop at the $50 a tonne level. But if the Liberals are still in office at that point, the temptation will be to push it still higher, using climate change as the justification.

Raise corporate taxes. Donald Trump’s corporate tax cut to 21 per cent eliminated Canada’s rate advantage, which had been a selling point in attracting new investment. However, Joe Biden has promised to increase the rate to 28 per cent if he is elected. That would give Ottawa room to raise Canadian rates and still retain a competitive advantage over the U.S.

Corporations paid $50.4 billion in taxes in 2019. We won’t match that in 2020 because of the economic slowdown so it is difficult to estimate how much could be collected by hiking rates. But it would certainly be in the billions.

None of this is going to happen immediately. Imposing new taxes on a staggering economy would drive the country into a depression that could last for years. But a year or two from now, when the pandemic is under control and the economy is in recovery mode, watch out. Someone has to pay the bill, and it’s going to be us.

Gordon Pape is editor and publisher of the Internet Wealth Builder and Income Investor newsletters. His website is www.BuildingWealth.ca