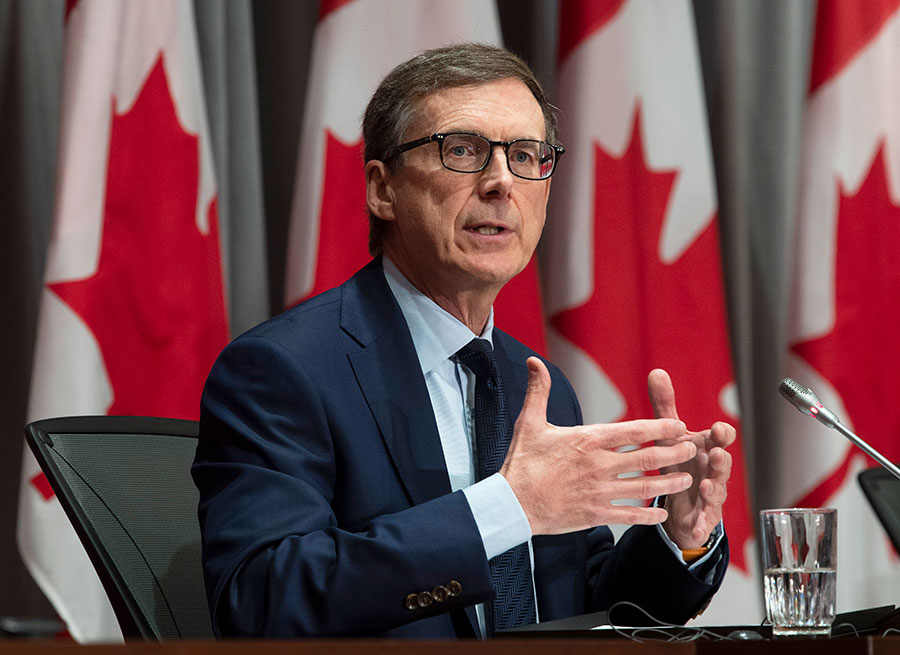 It could take years to recover from the economic disruption caused by the COVID-19 pandemic, Bank of Canada Governor Tiff Macklem told reporters today, suggesting that this era of historically low interest rates will be around for some time to come.

Speaking to reporters at a press conference where he and Senior Deputy Governor Carolyn A. Wilkins provided updates on the Bank of Canada’s Monetary Policy Report — notably that the bank would maintain overnight interest rates of 0.25 per cent — Macklem conjectured that the low-rate policy will likely continue at least until “the recovery was well underway.”

Unfortunately, a return to fiscal health isn’t likely to occur for a few years yet, said Macklem, sharing the bad news that “the economy will still be operating below its potential into 2023.”

Today’s policy announcement comes as a major blow to workers who have lost their jobs due to the pandemic fallout and entrepreneurs and small business owners who have seen their dreams shattered by recurring lockdowns and shrinking demand.

We are still over 700,000 jobs below our pre-pandemic level of employment said Macklem, adding the grim perspective that “peak job losses” during the Great Recession of 2008 were about 425,000.

Those who have been affected by the economic devastation caused by the pandemic were holding out for a V-shaped recovery, an optimistic scenario whereby the economy bounces back as quickly as it faltered. Under such a circumstance, owners could build back their businesses quickly and the unemployed could get back to work.

Instead, it’s looking like any return to prosperity will be more K-shaped, where different parts of the economy start coming to life at different times and at different levels.

Macklem said that while our economy recovered somewhat in the summer, the bank expects it to shrink by about five-and-a-half per cent by the end of the year.

“The Canadian economy bounced back in the third quarter as many businesses reopened,” he said, suggesting that, “the rebound was a little stronger than we had anticipated.”

However, he tempered this good news with the observation that the economy is once again backsliding because of the renewed business lockdowns due to the second wave of COVID-19. We’ve now entered what Macklem describes as a  “slower-growth recuperation phase.”

Growth Will be “Choppy”

He said that this phase will likely see investments and exports continue to be “weighed down by uncertainty and weak demand” and oil prices languish. It will also likely see very little job growth and put a clamp on consumer spending.

And while the Bank of Canada is projecting the economy should “grow by almost four percent on average in 2021 and 2022,” he expects the growth to be “choppy” and greatly influenced, “by the evolution of the virus and its impact on consumer and business confidence.”

This low interest rate strategy will likely continue for some time now, at least until inflation starts to rise again. But with the CPI inflation data currently coming in at 0.5 per cent, this could take some time.

While a slow, uneven recovery is indeed bad news for many, one silver lining from today’s rate policy announcement is that long-term borrowing costs will continue to remain low for the foreseeable future. This will provide a big boost to those who wish to finance major purchases or have an outstanding mortgage or credit card loans to pay off.