Stock Market: How to Invest as the Second Wave Continues 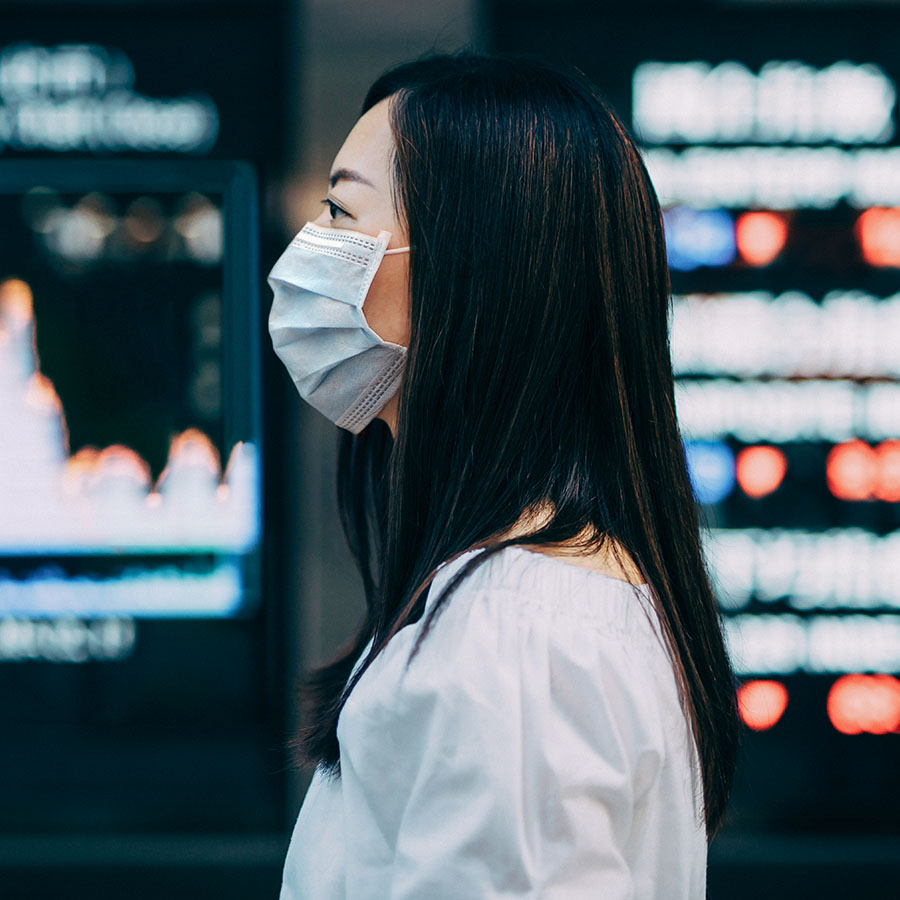 With the ongoing pandemic north and south of the border, financial expert Gordon Pape says it's best to focus on quality when investing. Photo: d3sign/GettyImages

The U.S. is about to have a new president, but the virus rages on and the economy is a mess. Here’s what to do.

The U.S. election is finally over, leaving behind a legacy of jubilation or recrimination, depending on your political outlook.

The United States has a new President-elect in Joe Biden, but it will be several weeks before he is sworn in and can actually start implementing any changes.

But the world isn’t going to remain on hold until then. Our problems aren’t going to magically vanish. Whatever your reaction to the election result may be, we are still going to have to deal with the current financial and economic reality. Here’s what that means.

The recent announcement by Pfizer and Moderna that their vaccine trials are showing 95 per cent effectiveness cheered the markets. But even with the approval of the Pfizer vaccine from Health Canada and the U.S. Food and Drug Administration, it will be some time before a vaccine is widely available, especially in this country.

In the meantime, we don’t know the extent of the economic damage the second wave may inflict. GDP in both Canada and the U.S. rebounded strongly over the summer as new diagnoses declined and the economy largely reopened. President-elect Biden has said he would not lock down his country.

But reality is reality. Faced with rapidly escalating caseloads, many European countries have reverted to the draconian shutdowns of last April. Parts of Canada are in the same situation. The economic consequences will be severe, especially for small businesses who will miss the peak holiday sales season.

In short, the coronavirus is not finished hammering the economy, and won’t be until an effective vaccine is widely available.

Interest rates will remain low. We’re not likely to see any uptick in interest rates in 2021 and probably not in 2022. The Bank of Canada and the Federal Reserve Board have both made it clear that low rates will stay in place until economic growth returns to normal.

That means any interest-bearing securities, from GICs to government bonds, will continue to provide meagre returns. Investors looking for cash flow will need to continue to focus on dividend-paying stocks.

Marginal companies remain at risk. Many small businesses have already closed their doors forever and now we’re starting to see a wave of takeovers in weaker areas of the economy, such as the oil sector. Larger companies with decent balance sheets are looking to scoop up distressed competitors with attractive assets. Painted Pony Energy recently reached a deal to sell out to Canadian Natural Resources. Cenovus Energy is buying Husky Energy in a $3.8 billion all-stock deal.

We haven’t seen any major COVID-related moves in the REIT sector yet, but it’s one to keep an eye on. Several companies in the retail and office areas are struggling and some, such as H&R REIT, have slashed their distribution. Some of these trusts may become takeover targets for better-financed businesses down the road.

But they are walking a tightrope. An expanding money supply almost inevitably leads to inflation down the road. Both the Fed and the BoC have scrapped their traditional 2 per cent inflation targets but no central bank can allow it to get out of control. We saw what can happen in that situation back in the early 1970s when both Canada and the U.S. were forced to impose wage and price controls.

So, what should you be doing right now? As I have suggested in the past, maintain your focus on high-quality, dividend-paying stocks. Don’t be tempted by some of the extremely high yields we are seeing right now; the market is telling us those companies have financial problems and a dividend/distribution cut is possible. If the yield is over 7 per cent, be very prudent.

The best sectors to focus on for dependable cash flow at this time are utilities, telecommunications, banks and consumer staples. But do your research, with special focus on balance sheets. Quality first. This is not a time to take flyers.