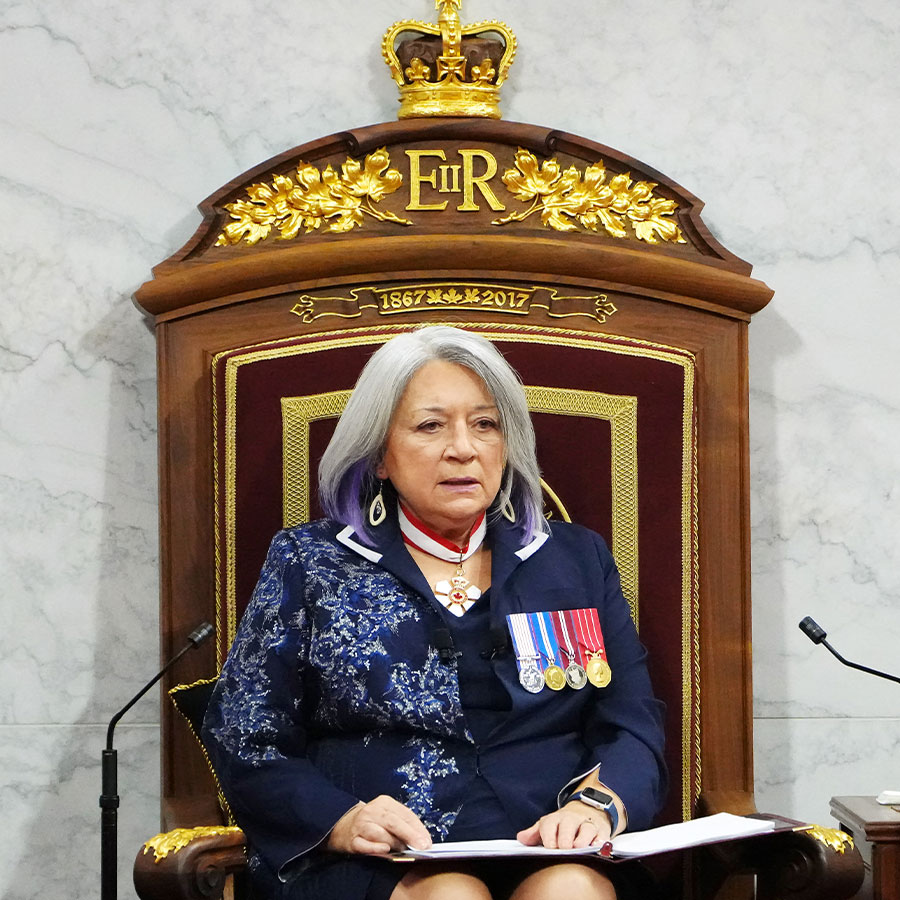 Canadian Prime Minister Justin Trudeau, opening a new parliamentary session on Tuesday, vowed to help British Columbia rebuild after the devastating floods last week, and said it was time to ramp up the fight against climate change.

Trudeau was re-elected on Sept. 20 for a third time, albeit with a second minority government that will need opposition support to pass legislation.

Work in the House of Commons, suspended since August, kicked off with a speech that Canada’s governor general Mary May Simon, who represents its head of state, Queen Elizabeth, delivered on the prime minister’s behalf.

“British Columbians are facing immeasurable challenges as their homes, their communities, and their well-being are impacted by terrible flooding,” Trudeau wrote in the speech, saying the government will continue to support them.

He added that action to fight climate change “must go further, faster.”

Last week’s floods forced the closure of the Trans Mountain oil pipeline and cut two critical east-west rail lines. The flooding underscored the vulnerability of Canada’s supply chains to climate change, and looked set to be the costliest natural disaster to hit Canada.

The speech touched on many of the main themes of the election campaign, with Trudeau saying controlling COVID-19 remains his top priority. Canada rolled out the recently approved COVID-19 vaccines for 5- to 11-year-olds this week.

“The best thing we can do for the economy remains ending the pandemic for good,” Trudeau wrote.

The government spent tens of billions of dollars to help individuals and businesses during the pandemic, but is winding down that support except for COVID-19 hotspots. Going forward, Trudeau wrote industries that still needed help would receive it.

The Liberal government will tackle the high cost of living by following through on a plan for more affordable housing and by ensuring families across the country have access to C$10-a-day childcare, the prime minister said.

“The government should stop pouring inflationary gasoline on the fire,” opposition Conservative finance critic Pierre Poilievre, said before the speech, calling for less spending. Inflation was at an 18-year high of 4.7% in October.