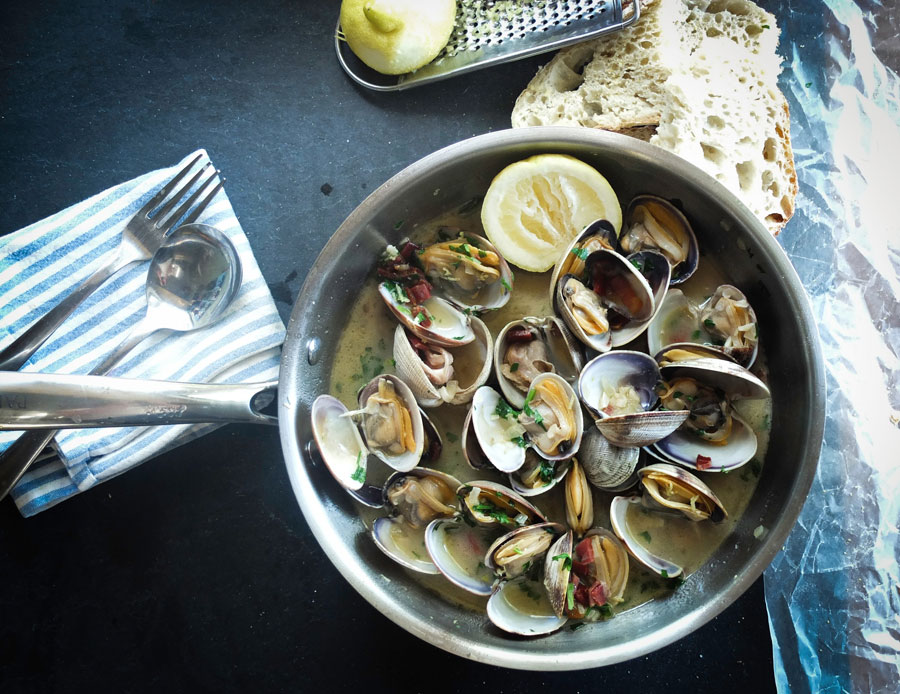 Looking to put a little you-know-what back into your partnership? Has your cha-cha left the station?

Well, maybe food can help get your relationship back on track – if you’re ready to use your imagination, that is.

It has nothing to do with eating a dozen raw oysters or for that matter any other food touted as an aphrodisiac because, well, they don’t exist, according to Dr. Guy Grenier, a London, Ont.-based clinical psychologist and author whose practice includes couples counselling.

“There is no such thing as a true aphrodisiac – something you can put in your body that will increase your desire for sex, or increase your sexual response,” he says.

“We’re far more visual creatures than we are tasting creatures when it comes to sex and that’s why anything that looks like a genital has been imbued with sexual powers.”

Oysters have been perceived to look like female genitalia, he says, and rhino horn like, well you know. Even carrots in some cultures are thought to be an aphrodisiac. But according to Grenier, it’s not so much what you eat, but how you go about eating it that makes the difference.”

Scroll through for a few of Grenier’s tips on using food to kick-start your relationship and get your mojo working again.

Indulge yourself: “Sometimes buying something expensive creates interest because it’s associated with indulgence,” he says. “It’s not just wine, it’s expensive wine. It’s not just Scotch, it’s a rare scotch, or it’s truffles instead of mushrooms.”

“It’s the idea you’re being indulgent – it’s ‘aren’t we just throwing caution to the wind here and ordering a fancy seafood dinner with expensive wine – or making it ourselves at home’.” This can stimulate more than a way of thinking, he says.

“For some people who are uncomfortable with sex, being indulgent about something else can get that sex indulgence going too.”

Food as fun: Grenier suggests heading to a candy store and getting something silly, like those little candy dots stuck to pieces of paper. “Maybe you’re putting them all over your body and somebody’s removing them however they choose to remove them – with whatever body part.”

“There’s really no limit, it’s just we often don’t think of sex that way. We think of sex as an act, as some kind of mechanical thing,” says Grenier. “Instead, we need to get people to stop and smell the roses, literally. Why not marry this kind of thinking to date night and let food help set the mood.”

At the end of the day, he adds, “we all have to participate in our own sexual satisfaction.”

Sex & Relating: 10 Foods To Put You In the Mood

Ask Dr. Ruth: At 91, the Famed Sex Guru Has More Advice for Ramping Up the Romance

Is Your Partner Insecure? This Simple Question Could Transform Your Romantic Relationship