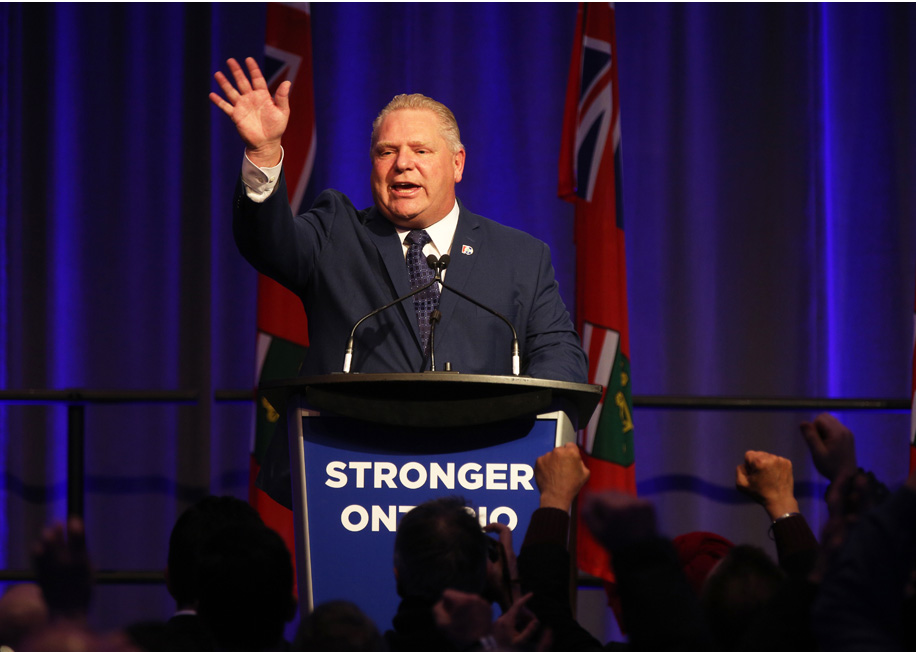 The Ontario Progressive Party elected Doug Ford this weekend in an effort to unite the party after it was torn apart by the Patrick Brown sexual allegations fiasco.

While they emerged from the weekend with a new leader, they’re anything but unified. The PC’s ridiculously long and disordered leadership convention makes the party seem as dysfunctional as ever.

In retrospect, we should have known it would end this way. From Brown’s forced resignation, to the slate of brand-name contestants, to Ford’s allegations of voter suppression, to the bewildering voting system – the whole shambolic farce was set up to end in chaos.

As the convention drew to a close on Saturday afternoon, the media began reporting that Doug Ford was the winner.

But not so fast.

Runner-up Christine Elliot (in no mood to accept the fact that she had been rejected as leader for the third time) challenged the results, even threatening legal action over Ford’s victory. This created a lengthy behind-the-scenes recount that went well into the evening, eventually forcing frustrated party organizers finally to send everyone home.

At the time, Elliot’s challenge seemed justifiable. By the third and final ballot she had garnered more votes (32,202) and secured the popular vote (51.74 per cent) over Ford, who finished with 30,041 and 48.26 per cent respectively. (This result strangely echoed the 2016 U.S. presidential election where the populist candidate somehow managed to defeat the consensus favourite, despite losing the popular vote and percentage of total vote.)

However, according to PC convention rules, some votes counted more than others and the winner is decided by points, not votes or percentage of popular vote.

So late Saturday night, after all Elliot’s challenges had been answered and the tumult had died down, Ford was belatedly declared the winner – with 6,202 points against Elliot’s 6049. (Ford’s victory was secured by the support of Tanya Granic Allen, who delivered 83 per cent of her voters his campaign.)

For his part, Ford said he was “humbled” by the result. With a promise to get the party back on track, he said: “we’re uniting the team and we’re going to defeat Kathleen Wynne.”

He even drew praise for his new mature manner, a stark contrast to the belligerent way he carried himself in the past. “He’s not the same Doug that we dealt with eight years ago. He seems to have matured and evolved since then, and mellowed,” said Richard Ciano, a former president of the Ontario PC party.

But Ford has got a lot of ground to make in a very short time. And it doesn’t help that the PCs have taken so many embarrassing hits over the past few months, that they’ve still not established themselves as a stable alternative to tired and scandal-prone Liberal government that’s been in power for an astounding 15 years.

So, can Ford accomplish what past PC leaders – Ernie Eves, John Tory and Tim Hudak (twice) – have all failed? Can the PCs actually win an election for the first time since Mike Harris?

Their new leader is in place. The polls are on side. Everything seems to point to a Tory victory.

But if there’s anything we’ve learnt from the PCs over the last few months, there’s nothing this party can’t screw up.