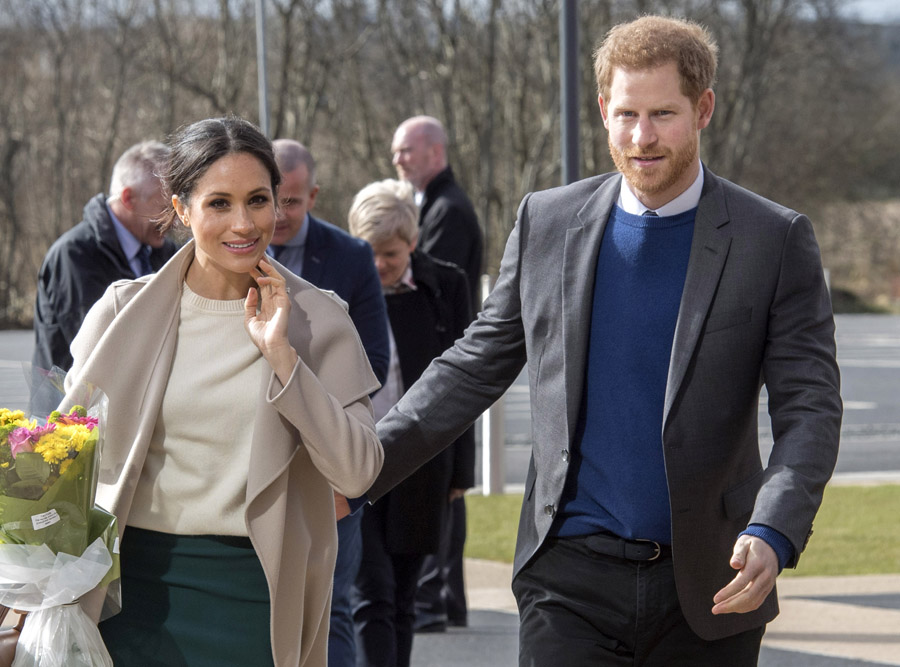 Surprise! Prince Harry and his bride-to-be Meghan Markle made an unannounced visit to Belfast, Northern Ireland, on March 23 — but why all the secrecy this time around?

Ever since news of their engagement broke on Nov. 27, Harry has made a concerted effort to help involve Meghan in as many UK-established charities and foundations as possible before their May 19 nuptials. And each time — from Edinburgh to Nottingham to Cardiff — the couple of have been welcomed by throngs of ecstatic well-wishers.

But Belfast called for a (slightly) different travel itinerary.

For almost 40 years, the city was rocked by relentless barrages of shootings and bombings as the Irish Republican Army (IRA) sought an end to British rule. The rising death toll even touched the House of Windsor: in 1979, Prince Charles’ beloved uncle (and the Queen’s cousin), Louis Mountbatten, was assassinated by an IRA bomb planted in his fishing boat.

So (with safety measures in place) it was a natural fit that Harry and Meghan kicked off their day with a special visit to a youth-led peace-building initiative called Amazing the Space.

Harry recently launched the program himself after visiting Northern Ireland for the first time on a solo trek last September. The program encourages youths to become ambassadors for peace within their own communities.

Meghan — once again, sporting a chic messy bun — dazzled in a cream sweater by former Spice Girl Victoria Beckham and forest green skirt from Greta Constantine. And, O Canada!, she once again completed the look with a stylish coat by Montreal label Mackage.

The happy couple — who mailed out their wedding invitations earlier this week — received enthusiastic applause from more than 2,000 students who had no clue that the world’s most famous duo were joining them for the day.

Harry told the students: “The previous generations have caused such problems, but with your help it can never happen again. You’re trying to educate the older generation which is just amazing. Well done. Clean the slates guys, you got this!

“Over the years religion has divided us but we’re all the same underneath. The most important thing is that the door is open and you just keep pushing at it. Ten, fifteen, years ago you would have been up against the tide, but you’re going with it now. Keep it up!”

At which point, his bride-to-be joked, “No pressure…”

The couple also made stops to the Crown Liquor Saloon, one of Belfast’s most historic buildings, and Titanic Belfast, a world-famous tourist attraction that chronicles the short career of the ill-fated ship, which was built in the city’s famous shipyards.

The trip to Northern Ireland comes less than two months before their highly-anticipated wedding at St. George’s Chapel on the grounds of Windsor Castle.

The couple is inviting more than 2,600 lucky members of the public to watch their arrival before the noon ceremony.

Kensington Palace has also recently revealed details about the floral-themed wedding cake, which will be made by London-based pastry chef Claire Ptak.