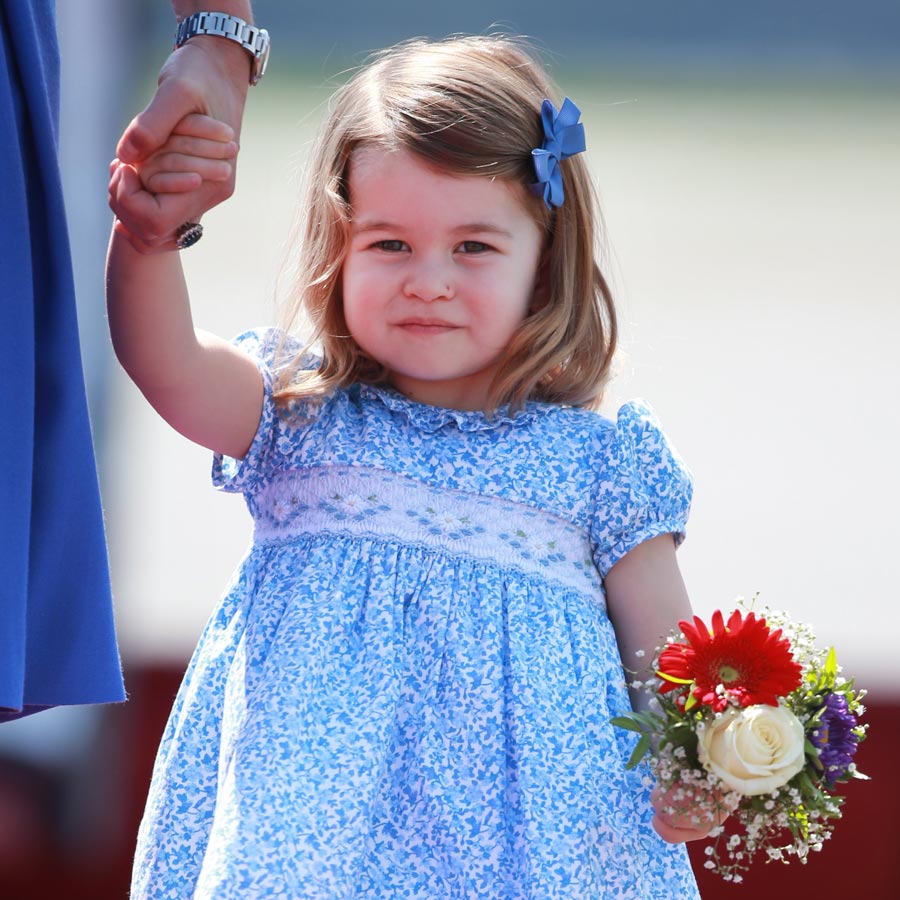 It’s been a busy week for everyone’s favourite little princess.

First, she became a big sister for the first time, charming the crowds gathered outside the entrance to the Lindo Wing of St. Mary’s Hospital in London on her way to meet her new little brother, Prince Louis.

(Unlike her shy elder sibling, four-year-old Prince George, Charlotte is already a scene-stealer — that little wave outside the door to the hospital was adorable.)

Now, only days after little Louis entered the world, Charlotte celebrates her third birthday — albeit minus the royal portrait we’ve all come to expect.

It had become something of a tradition for the Cambridge kids — every year on their birthdays they’d pose for the camera in their finest little outfits. This year, however, there’s been a slight change of plans.

Given that it’s been a hectic week for the Duchess — you know, since she just gave birth and all — she still no doubt had every intention of prepping a photo shoot with her daughter to help her celebrate her big day. However, according to Hello! magazine, the reason for the lack of photo is more likely rooted in William and Kate’s renewed determination not to overexpose their kids, especially given to the fact that this is a particularly busy year for the Royal Family — babies and anniversaries and weddings, oh my!

The good news is that we’re likely to get a new family photo to celebrate the birth of Prince Louis — featuring George and Charlotte front and centre with their new little brother.

Regardless, William and Kate likely have a day of fun festivities planned for their daughter.

Princess Charlotte Elizabeth Diana was born in the Lindo Wing of St. Mary’s Hospital at 8.34 a.m. (Western European Time) on Saturday, May 2, 2015.

Since then, the spirited toddler has delighted royal watchers with her hilarious antics — and the occasional temper tantrum. Whether she’s upstaging her aunt, Pippa Middleton, at her own wedding or saying her first words in public while on a Royal Tour of Canada, Charlotte manages to capture more global headlines than most members of her family (with the exception, perhaps, of her uncle Harry and soon-to-be-aunt Meghan).

So, in honour of her third birthday, we take a little trip down memory lane.

Princess Charlotte made her public debut on May 2, 2015, only hours after her birth. (How adorable is that little bonnet?)

For Charlotte’s first birthday, the Duchess treated royal watchers to a series of portraits taken at Anmer Hall, the family’s country home in Norfolk.

We can expect more adorable Charlotte moments in the very near future, too: in just over two weeks’ time, the little royal is expected to take a starring role as flower girl when Prince Harry weds Meghan Markle on May 19.

No doubt she’ll carry her duties out flawlessly. After all, she’s already a seasoned pro, having been a bridesmaid for her aunt Pippa Middleton, who got married last May.