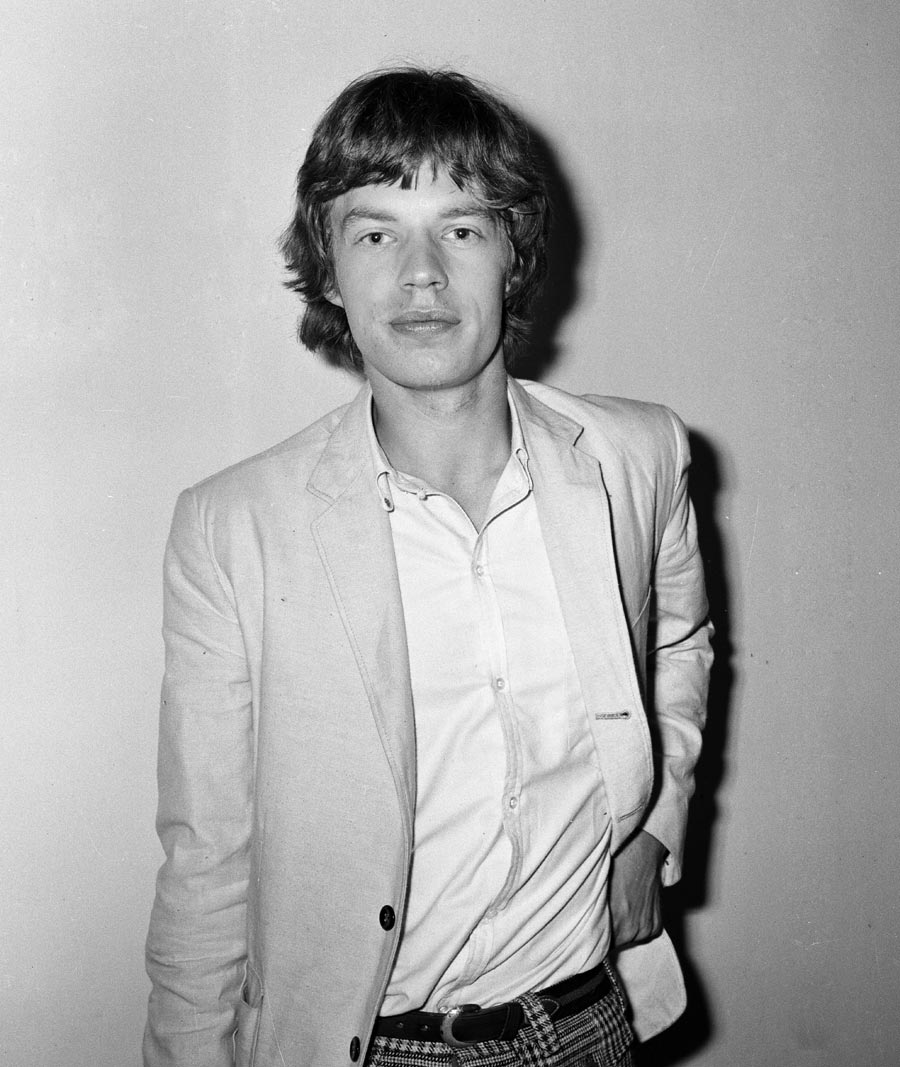 Legendary Rolling Stones frontman Mick Jagger turns 77 today (July 26), so we’re going back into our archives to revisit our 2018 feature for the famed rocker’s 75th birthday.

A few weeks ago, I found myself watching Mick Jagger. Specifically, I watched him sing “Sympathy for the Devil” during a concert called The Rolling Stones Rock and Roll and Circus, a live jamboree for fans and stoned rock stars (most of it is available on YouTube.)

The show was filmed in 1968, and John Lennon and Eric Clapton watched from the audience, as fascinated as any teenaged girl, as the Stones debuted their new song, a slinky, cynical treatise about the nature of power. Mick danced, eel-hipped and provocative. He was camp and ferocious, masculine and feminine, and when he finally ripped off his tight red shirt to reveal a devil’s head painted on his chest I’m sure there wasn’t a person in the audience who didn’t want to jump his bones.

Fifty years later — 50! — and Mick Jagger is 75. I know, I had to sit down when I thought about it, too. Has any living rock star imprinted themselves as indelibly on our eyeballs? Have any of them maintained this singular a mystique — mercurial and unknowable, and yet oddly and reassuringly steadfast, after all these years?

Just look at recent footage of the Stones’ No Filter tour, which just wrapped up in Europe (and grossed $100-million in six months, making them the most lucrative band on the road at the moment.) Jagger’s prancing through “Tumbling Dice” and “Paint it Black” is limber and elastic. He blows his harmonica with the power of an ancient bluesman. Yes, his face is lined and grooved, but he’s still a sexy old walnut, more so for not having succumbed to the banality of plastic surgery. And his hair! That’s 1968 hair. And 1975. And 1994. His hair, shaggy and eyebrow-raisingly youthful in tint, is as comforting and unchanging as the Queen’s.

I’ve been a Rolling Stones devotee since I was a teenager. I have the books and the records, the t-shirts and the ticket stubs (I once even got to see them perform in a small club.) In Grade 10, my friend Louise and I skipped class every Tuesday to go see the Stones concert movie Let’s Spend the Night Together at the Eaton Centre Cineplex. A decade later, I would review the opening show of their Voodoo Lounge tour in Washington, DC, marvelling that I was there ‘’to see popdom’s most charismatic grandfather looking as lithe and supple as a snake with new skin.’’ (Jagger’s a great-grandfather now, as well as father to an eighth child, the magnificently named Deveraux Octavian Basil.)

In all those decades, it was all about Keith Richards for me. I adored Keith, and regarded Mick with admiration but also a tiny bit of suspicion. He was an enigma, on some level. The Glimmer Twins are often portrayed as two sides of a coin, light and dark, the business-minded middle-class arriviste and the junkie pirate with a heart of Jack Daniels. But, as with all fables, that one is too reductive: In many ways, Jagger’s role as the band’s financial caretaker (and Richards’ caretaker, too, on many occasions) is a thankless one. He has reacted with dignity to his bandmate’s public barbs — not least the infamous claim in Richards’ memoir, Life, regarding Mick’s allegedly “tiny todger.” When I interviewed Jagger in 2011 for the rerelease of their masterpiece Some Girls, he was funny, down-to-earth, and delightfully coy. I asked about his relationship with Richards – then at a post-todgergate all-time low – and he trilled, “I can’t speak about anything in my relationships or my personal liiiifffe!’’ He talked about the nostalgia surrounding 1970s New York, and how it seemed very glamorous in hindsight, but wasn’t very nice for the ordinary folk who had to live in a bankrupt, crime-ridden city with no garbage collection. At one point, he consulted Wikipedia to see who had played the saxophone solo on “Miss You.” I liked him very much.

Obviously, the Stones rebounded. Whatever mysterious bond repels and attracts Jagger and Richards brought them back together for successful arena tours, and for the wonderful album of blues covers, Blue & Lonesome, which they released in 2016. If anything, Jagger seems to be having a creative renaissance, releasing two terrific singles in 2017, “England Lost” and “Gotta Get a Grip”, which tackled political issues with a gusto and verve that brought listeners back five decades.

As in any life, there were moments of sorrow: Jagger survived the suicide of his longtime partner, stylist and designer L’Wren Scott, in 2014. Who knows how deeply that death affected him? Jagger, almost amusingly in this age of confession and self-documentation, is private and elusive. For a man who has offered up pretty much the entirety of his body to the public gaze, he’s kept his soul to himself. Earlier this year, the publisher John Blake wrote that he possessed a copy of a memoir that Jagger wrote years ago, and which was rejected by its publisher for being “too light on sex and drugs” (although the singer does admit to buying a house while high on acid.) Blake called the manuscript “a little masterpiece,” but acknowledged that, Jagger did not want it published.

Will he write his own story one day? The story of the drug busts, the women, the clashes with the establishment, the brilliant songwriting, the pioneering of arena-rock touring? Never mind that, the pioneering of rock-god stardom? Will the perfectionist performer ever learn the writer’s heartbreaking truth, which is that a book is never as good as you want it to be, but you can publish it anyway? I cannot be the only fan who hopes so, and who hopes it happens before he turns 100.

Until then, happy 75th birthday, Sir Mick. Dance like no one’s watching — or, in your case, like everyone is.