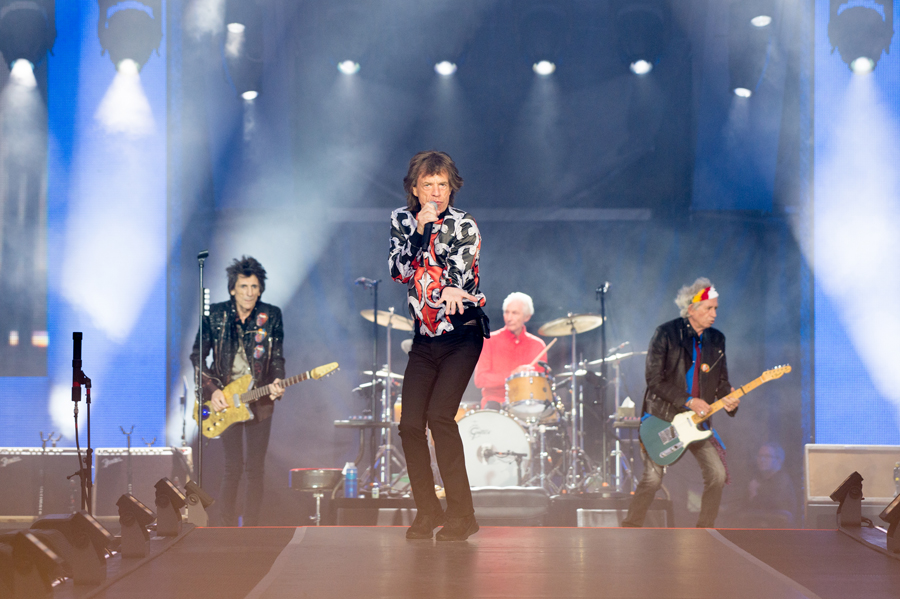 “People have this obsession. They want you to be like you were in 1969. They want you to, because otherwise their youth goes with you. It’s very selfish, but it’s understandable.” — Mick Jagger

Earlier this week the collective hearts of a generation skipped a beat when it was announced that the Rolling Stones would postpone their upcoming tour dates, including one Canadian gig, due to Mick Jagger requiring “medical treatment.”

At age 75, the revelation that Sir Mick needed a mystery medical treatment sounded ominous. Not long after, it came out that Jagger required heart valve replacement surgery, which he’ll have this Friday, and that he would, in fact, be back touring with the band by the summer.

“I really hate letting you down like this,” Jagger said in a statement. “I’m devastated for having to postpone the tour but I will be working very hard to be back on stage as soon as I can.”

Cue the collective sigh of relief. After all, what would the world be like without the Rolling Stones?

“I’d rather be dead than singing ‘Satisfaction’ when I’m forty-five.” — Mick Jagger

If futuristic cartoons of the 1950s, 60s and 70s were to be believed, the 21st century would usher in flying cars, robot servants and all sorts of space age goodies. But never, in any of those futuristic prognostications, did anyone envision the Rolling Stones to still be packing stadiums and selling out tours in the year 2019. And yet, nearly two decades into the 21st century, while we’re still waiting on those flying cars and robo-butlers, the band remains not only active but one of the highest grossing acts in all of music.

In fact, when Mick Jagger uttered the above quote about singing “Satisfaction” back in 1975, he was a spritely 32-year-old. He’s more than twice that age now — though still spritely — and if not for a heart valve replacement, would be prepping to sing “Satisfaction” on tour as we speak. And his fans would eat it up all the same.

That’s because of the Peter Pan effect the Rolling Stones have on the boomer cohort, their music serving as the gateway to a generational Neverland where fans can revel and dance and sing and never, truly, have to grow up. The band also represents so much of what the boomer generation stands for — they’re adventurous, rebellious, trend-setting, innovative, risk-takers and mould-breakers who are redefining society’s expectations of aging. And as long as Mick Jagger is still chicken-dancing his way through “Satisfaction” on stage every night, with the rest of the Stones rocking behind him, the boomer generation will never truly grow old.

But imagine — God forbid — a Stones concert where Mick’s bopping along onstage and, suddenly, without warning, his hip gives out. Paramedics hurry onto the stage and help him off and it’s later announced that he can’t dance anymore but will try to continue the show while sitting stationary on a stool. Without warning, the spell would be broken and every boomer in that crowd would age 40 years in 10 seconds, every ache and pain and creak in their body suddenly rushing back. I mean, if age can claim Mick Jagger, what chance do the rest of us have?

“We age not by holding on to youth, but by letting ourselves grow and embracing whatever youthful parts remain.” — Keith Richards

Those poetic words come courtesy of Keith Richards, 75, the same man who once went nine days without sleep, snorted his dead father’s ashes, was electrocuted on stage and fell out of a tree in 2006, knocking his head on the way down and requiring brain surgery. That is, of course, in addition to consuming enough booze and drugs over the years to keep half the boomer cohort on a permanent bender.

But isn’t that the beauty of the Stones? They’re not just rock stars, but rock stars in the most authentic sense of the term. The youthful parts that remain, as Richards would say, have no desire to slow down. In fact, Richards also once declared, “The idea of retiring is like killing yourself.” So that’s that, I suppose.

But the Stones don’t simply subsist on sex, drugs and rock and roll (at least not anymore). Those “youthful parts” that Richards mentioned require work.

Take Jagger — the famously fit son of a physical education teacher whose diet, according to one report, consists, “primarily of fresh fruit and veg, whole grains, legumes, chicken and fish. He has reportedly tried the Keto diet — a high fat, very low-carb regime that followers say helps drive down their body fat levels. After being persuaded by Jo Wood, ex-wife of Stones guitarist Ronnie, he has eaten organic food for years.”

While Jagger always made fitness a priority, even during the Stones’ hardest-rocking years, the same story claims that today he, “works out for three hours a day, six days a week … also performs ballet, weight training, pilates, jogging and dynamic stretching, ensuring he maintains maximum flexibility.”

He performs ballet. Can you imagine Mick Jagger in a tutu? The crazy thing is, he’d own it and make it work!

But Jagger isn’t the only Rolling Stone embracing clean (well, cleaner) living. Even Richards, who’s had more whiskey flowing through his veins than a Jack Daniels distillery, has cut back drastically on the booze. Ronnie Wood — at 71, the only actual baby boomer in the group — beat lung cancer last year while Charlie Watts, 77, did the same back in 2004. Of course, no one’s suggesting the Rolling Stones write a book about living healthy, but if they can cut back on the excess and add some fitness to their rock and roll routine to preserve “the youthful parts that remain,” there’s no reason the rest of us can’t do the same.

The Stones first released their cover of the tune “Time Is On My Side” on their second American studio album, 12 X 5, in 1964. They could never have known how prescient that phrase would prove 55 years later.

And now, in their 70s, the Rolling Stones still show no signs of gathering moss. They transcend generations and musical genres and continue to defy the conventions of aging. They embrace their youthfulness, don’t fret over their flaws, say “bollocks” to the haters who think they should slow down and continue rocking and rolling their way. Sound like any particular generation you know?

As long as Mick keeps dancing on stage in his tight pants, with Keith, like a rock and roll pirate, Ronnie Wood with his shock of black hair, providing the rhythm and Charlie Watts keeping the beat, the generation that grew up with their music will never really, in fact, grow up.

And that’s why it’s so great that, despite his youthful insistence, Mick’s still singing “Satisfaction” at 75. Sure, the time will come when the Rolling Stones call it quits. But don’t fret about that now.

Time is on our side, baby. Yes it is.

The Rolling Stones: A Retrospective