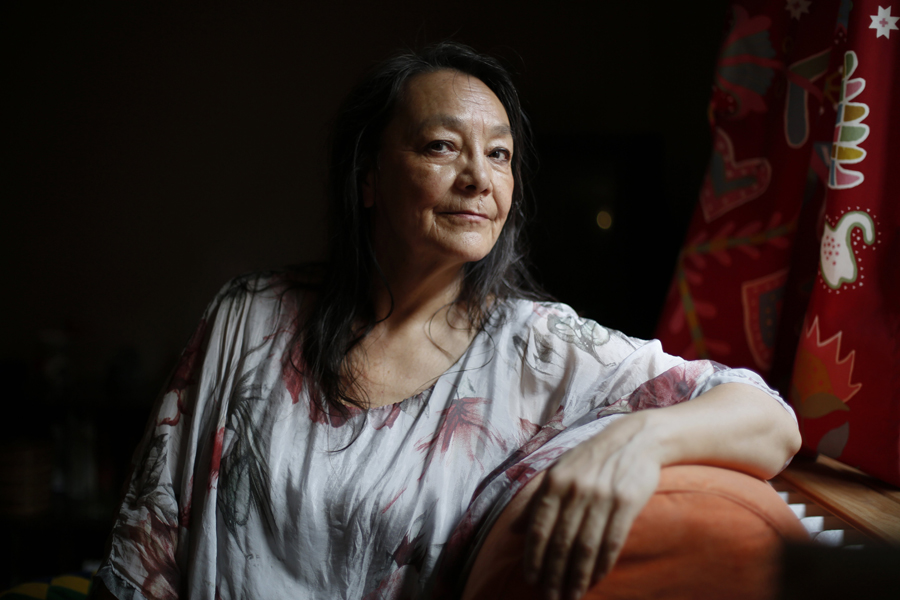 Click the player to listen to our interview with Tantoo Cardinal. And don’t forget to subscribe to Ages & Icons on your favourite podcast app below.

Tantoo Cardinal is ready for her close-up. At 68 years old, and after 48 years as an actress on stage and screen — a run that’s earned her everything from the Order of Canada to the Academy of Canadian Cinema and Television’s Earle Grey Award for lifetime achievement — the Indigenous actress has finally landed her first starring role in a feature film.

It seems improbable, after a celebrated career that includes roles in films like Dances With Wolves and Legends of the Fall, that Cardinal had never received top billing, but Falls Around Her, a film about an Anishinaabe musician (Cardinal) who returns to her northern Ontario community in a futile attempt to return to the land and leave fame behind, corrects that oversight.

Mike conducted this interview with Cardinal last September via cellphone, as the actress was out and about preparing for the film’s world premiere at the 2018 Toronto International Film Festival. Nevertheless, Cardinal discussed everything from Falls Around Her to her childhood artistic influences, activism, the importance of Indigenous filmmaking and so much more.

Falls Around Her opens in various Canadian cities throughout April before landing on video on demand on April 23. Click here for more information.

Through Black Spruce and the Importance of Indigenous Representation