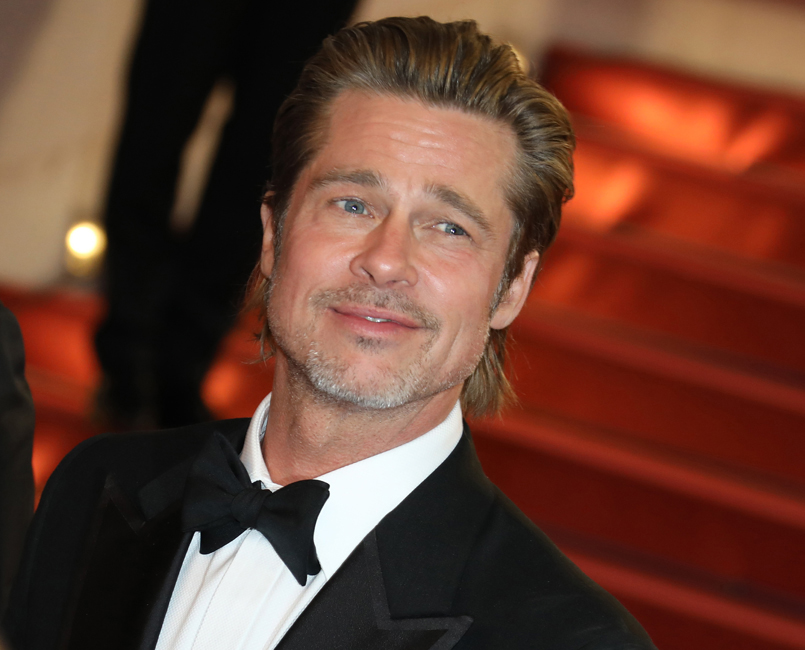 In an era where Sylvester Stallone, who turns 73 on July 6, still gets to suit up as Rambo and Arnold Schwarzenegger, who turns 72 on July 30, is taking another run at playing Conan the Barbarian, Brad Pitt, 55, thinks he might be too old for Tinseltown. That’s the sentiment the Once Upon a Time in Hollywood star professed to GQ Australia in a recent interview.

“I’m behind the camera on the producing side and I enjoy that a lot,” he told the publication. “But I keep doing less and less [acting]. I really believe that overall it’s a younger man’s game — not that there aren’t substantial parts for older characters — I just feel, the game itself, it’ll move on naturally. There will be a natural selection to it all.”

On one hand, Pitt’s not wrong in his instinct for taking more work behind the camera. He’s been nominated for an Oscar five times — all as a producer — and won once (for 12 Years a Slave), while he’s never received a nomination for his acting.

But the idea of natural selection and that he’s too old for acting? Let’s unpack that for a moment. First, everyone from high-priced plastic surgeons to top rate PR spin doctors to the tech wizards behind celebrity holograms have all but nullified the effects of “natural selection” in Hollywood. With a few exceptions of the Harvey Weinstein and Kevin Spacey varieties, neither scandal nor indignity nor even death puts a permanent halt to a major celebrity’s relevance, never mind a few grey hairs and crow’s feet.

And second, let’s be honest — Brad Pitt is a stud. Even without his innate talents and charm, the actor’s good looks could ensure he remains in demand in Hollywood for years to come. After all, Sean Connery was 59 and had already lost his James Bond coiffure when he earned the title of People magazine’s “Sexiest Man Alive,” in 1989. You’re telling me that Tinseltown is going to turn its nose up at a fit 55-year-old Brad Pitt? Even Benjamin Button would admit that’s ridiculous.

In fact, Pitt is in line to become his generation’s Robert Redford, the 82-year-old actor retaining his boyish good looks and charm, still. And it’s not like Pitt’s not getting work. This year alone he’s starring in two major releases — the aforementioned Once Upon a Time in Hollywood and the science fiction film, Ad Astra, about an astronaut who attempts to save the universe while searching for his lost dad in space. And guess what — Pitt plays the astronaut, not the dad. That role goes to Tommy Lee Jones, 72, who continues to rack up Oscar nominations (the last one being for 2012’s Lincoln), by the way. The film also co-stars Donald Sutherland, 83, who’s enjoyed a long and illustrious career in the years since his hair changed from brown to white. And that’s not to mention every current major player over 50, from Harrison Ford to Glenn Close to Michael Douglas to Helen Mirren to Christopher Plummer to Diane Keaton. The list goes on and on and on. Age no longer has to be a detriment to success in Hollywood. In fact, it’s all in your mindset.

“I could be a dinosaur and not even know it, man. And the comet could be on the way,” the actor said elsewhere in the GQ Australia interview — a line that’d make you think kids walk down his street and cringe as they pass “old man Pitt’s house.”

Perhaps, to get in the right headspace, Pitt should forget about the date on his birth certificate and turn to someone like Marla Gibbs, the 87-year-old star of The Jeffersons and 227 who’s worked steadily through her 80s, including most recently on Live in Front of a Studio Audience: Norman Lear’s All in the Family and The Jeffersons in May. In a 2018 interview, the octogenarian told Zoomer that she actually considers herself like a 30-year-old.

“We’re spiritual people as well as physical people. The counting [of years] comes from being on this planet but actually as spirits we’re ageless and timeless. So I choose to vibrate on 30, which means that now I have time to do anything I want to do and it’s never too late,” she explained. And how’s it working out for her? “It’s working in my favour because suddenly I’m getting all these parts that I’m not just going out trying to get. And … it reminds me to stay in shape. It reminds me to stay active. It reminds me to stay relevant, and that’s what I do.”

And she’s right. We don’t become “dinosaurs,” to use Pitt’s word, with age. We become dinosaurs when we allow age to stop us from evolving and moving forward. That’s why the dinosaurs are gone and folks like Marla Gibbs are thriving.

Podcast: Comedian Mary Walsh Wants to Redefine How We Think About Aging