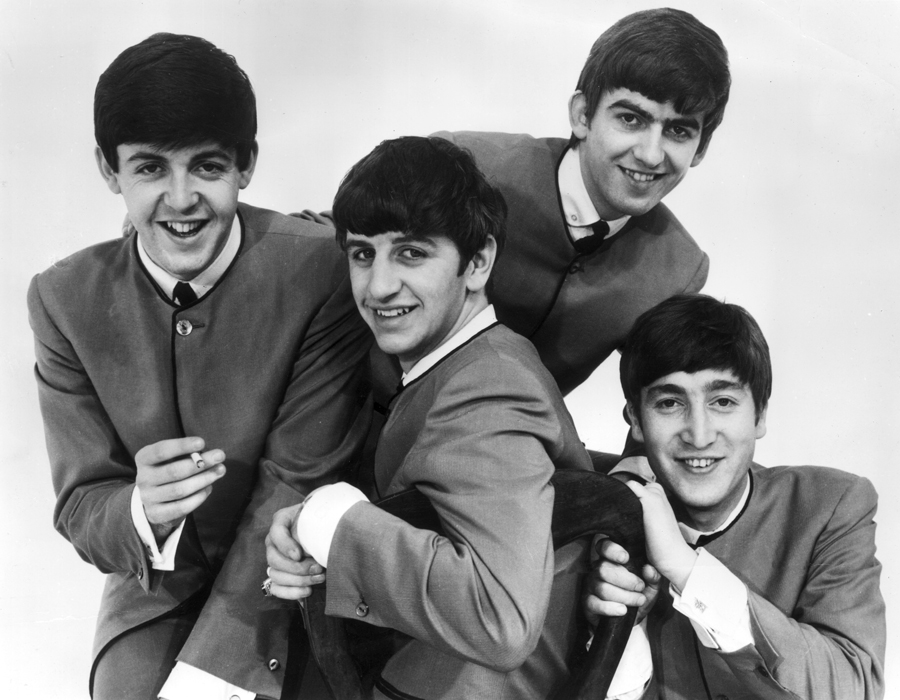 Sometime in the mid-‘00s, my then early-teen son made an observation that seemed superficially sensible. “Y’know dad, I don’t think the Beatles would be as big a deal if they happened today. There are too many bands who sound like them.”

I pointed out that those bands sound like the Beatles because the Beatles existed in the first place. It seemed to blow his mind a bit.

Who knew that exchange would one day become a movie?

The main characters are millennials in Danny Boyle’s Yesterday, about a floundering singer-songwriter (Himesh Patel) who is concussed during a global blackout and wakes up to discover he’s the only one who remembers the Beatles. And certainly, both my millennial sons would probably enjoy the film (the older one who posed that initial question now considers the Beatles geniuses. Being a guitarist, his favourite is George).

But there’s no question the target audience is older, not just because the Beatles are 10 times to us what Sinatra was to our parents, but because of the whole “What if?” theme. When you’re younger, you’re too busy living the series of accidents that will become your life to consider the randomness of it.

When you’re older, on the other hand, you have the luxury of looking back at the figurative bullets you dodged, mistakes you made, lucky moves and choices-not-made whose alternative outcomes would have put you in a very different personal world. In fact, there’s a danger of getting lost in it. Regret lies behind door number two.

It’s A Wonderful Life is the template for these personal “What if” imaginings. Yesterday is that template writ very large.

It’s not as if the movie takes a deep-dive into all the permutations of what it would mean if there were no Beatles. It’s more concerned with its central love story (between Patel’s and Lily James’s characters) and the intriguing idea of how you could profit from a headful of sure-fire hit songs that nobody (or almost nobody) in the world had ever heard.

But if you’re old enough to know your stuff, that’s a whole separate rabbit hole of entertainment. For instance, in this fanciful world, there is no Oasis (fair enough, they were basically a Beatles cover band anyway), but there is mention of David Bowie. But David Bowie is really David Jones, who changed his name because he didn’t want to be confused with Davy Jones of the Monkees. And in a world without the Beatles, there would be no Monkees. So Ziggy Stardust, Aladdin Sane and the Thin White Duke would all be characters created and performed by David Jones.

It gets weirder. Without the Beatles, Charles Manson would not have been inspired by the White Album to envision a race war called Helter Skelter. Sharon Tate might still be alive, and the exiled Roman Polanski might have led a different life as a happily married man (okay, that’s a stretch).

Manson would still have been a predator who wandered into the Summer of Love with murderous intent, but things would have unfolded entirely differently. He and his “family” were freeloaders for a while at the home of The Beach Boys’ Dennis Wilson, so perhaps he’d have become obsessed with the hidden messages in Pet Sounds.

On the other hand, the ambitious Pet Sounds came about in large part because of Brian Wilson’s competitive obsession with the Beatles. When they answered Pet Sounds with the unbeatable Sgt. Pepper’s Lonely Hearts Club Band, legend paints it as a catalyst to Wilson’s downward spiral (though grappling with mental illness undoubtedly had more to with that).

And then there are the movies that wouldn’t have been made, starting with the Beatles’ own films (A Hard Day’s Night, Help!, Yellow Submarine, Let It Be). Then there are the great films that wouldn’t have been made without George Harrison’s Handmade Films (Monty Python’s The Life of Brian, Time Bandits which launched Terry Gilliam’s career, and in later incarnations, Lock, Stock and Two Smoking Barrels — which made Guy Ritchie famous and marriageable to Madonna) and another Boyle film 127 Hours (which earned six Oscar nominations).

Add in every film about the Beatles, and films with nods to them (like Matthew Broderick’s lip-sync performance of their cover of “Twist and Shout”, backed by a marching band in Ferris Bueller’s Day Off) and that’s hundreds of films affected by their absence.

Now if I could only get this “Hey Jude” earworm out of my head.

Nostalgia: The Fab Four and Fashion

Snapshot: Paul Saltzman and The Beatles in India