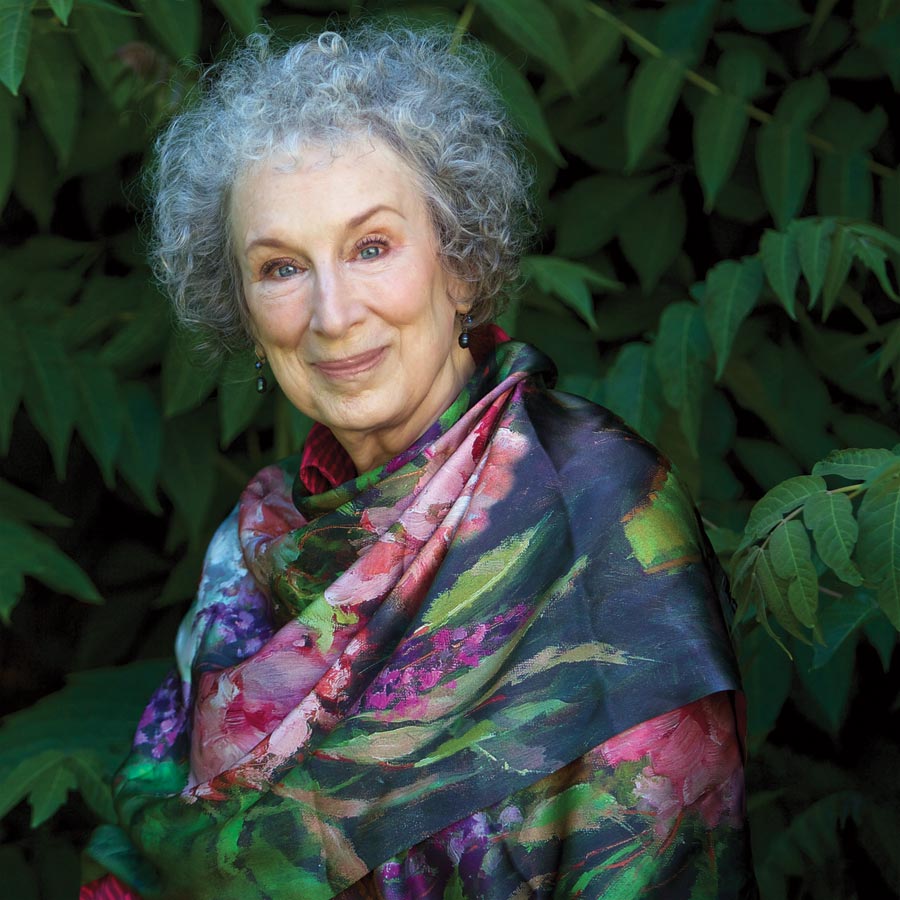 Unless you’ve been living under a rock, you’ve probably heard Margaret Atwood’s long-anticipated sequel to The Handmaid’s Tale is out this week. Along with the alarming cultural timeliness of The Handmaid’s Tale — which was originally published in 1985 — and its current television adaptation, the new novel is generating serious buzz on its own merits with both Booker Prize and Scotiabank Giller Prize nominations announced last week. It’s also been revealed that the new book will get its own television series on Hulu.

The media frenzy was further stoked when copies were leaked ahead of the publisher’s strict embargo.

Initial reviews indicate the wait has been worth it, with The New York Times calling it “a fast, immersive narrative that’s as propulsive as it is melodramatic.” Lorraine Candy, editor-in-chief of The Times of London wrote, ” I have read The Testaments, the follow-up to The Handmaid’s Tale. I read it in one go, locked in a room guarded by a Penguin books PR.”

So what to read after you devour this already iconic contribution to feminist dystopian fiction? The state of the world — and its hot-button issues like misogyny, tyranny, violence against women, limited reproductive rights, restricted access to education, loss of autonomy, and wide-spread environmental devastation — makes for fertile ground for fiction writers.

Here are five recent titles for when you’re done with The Testaments.

1. The Farm by Joanne Ramos

In The Farm, Jane — an immigrant from the Philippines desperate for a better future — commits to being a host at Golden Oaks, a luxury retreat boasting every amenity. For nine months, she cannot leave and is cut off from her young daughter and outside life. In exchange for a life-changing payment, she is meant to dedicate herself to the task of producing the perfect baby for a rich couple. According to the Los Angeles Review of Books Joanne Ramos’ debut novel is “a different kind of handmaid’s tale,” LINK: https://lareviewofbooks.org/article/a-different-handmaids-tale-joanne-ramoss-the-farm/ that offers “a stark illustration of just how different parenthood looks at either end of the socioeconomic spectrum.

2. The Water Cure by Sophie Mackintosh

Not only did this 2018 Booker-longlisted novel get its own Handmaid’s tagline — “The Handmaid’s Tale meets The Virgin Suicides” — it got props from Atwood herself, who called it “a gripping sinister fable.”

In The Water Cure, Grace, Lia and Sky live with their parents, Mother and King, alone on a remote island. Beyond the sea and the horizon, there is a “toxin‑filled world,” which must be kept at bay with complex prescriptive rituals designed by King. One day, he is gone, and threats from the outside world, including three strange men, start to wash up on the beach. The Guardian describes it as extraordinary and its events “luminous, precise, slow to the point of dread.”

It’s not exactly The Handmaid’s Tale And Zombies, but Ling Ma’s Severance uses the horrors of mob mentality in her debut novel Severance, a keen take-down of modern society. Set in a dystopic version of the recent past, Severance follows Candace Chen, a first-generation immigrant, after an apocalyptic virus has decimated the human population creating “habit zombies,” who lose all higher function and go about doing a habitual behaviour until they die.

In The Handmaid’s Tale, Offred says,”We lived, as usual, by ignoring. Ignoring isn’t the same as ignorance, you have to work at it. Nothing changes instantly: in a gradually heating bathtub you’d be boiled to death before you knew it.”

Similarly Candace reflects: “What you do every day matters. If we don’t listen, we might just get what we deserve.”

4. Before She Sleeps by Bina Shah

The premise for Before She Sleeps may seem oddly familiar: In a dystopian society that replenishes its female population with forced polygamy and childbearing, there is an underground collective of women who resist. In fact, Shah once said, “I’m writing a great big feminist dystopian novel very much inspired by Margaret Atwood’s The Handmaid’s Tale.” Shah, who is from Pakistan, sets her take on female repression in a future Middle East and South Asia, which is ravaged by war and disease. As Publishers Weekly says, fans of The Handmaid’s Tale won’t want to miss this one.

5. An Ocean of Minutes by Thea Lim

In its review of Thea Lim’s An Ocean of Minutes, The Toronto Star said, “The clear-eyed, evocative writing here is reminiscent of Margaret Atwood, and anyone familiar with The Handmaid’s Tale will find resonance in these pages.”

An Ocean of Minutes starts in 1980s America, where a deadly flu pandemic is sweeping the country. When Polly Nader’s fiancé, Frank, is infected, she agrees to be part of a time travel program — for a one-way trip into the future to work as a bonded labourer, the company will pay for the life-saving treatment he needs. The couple promises to meet in 1993, but when Polly lands it’s actually 1998 — and nothing is as it’s supposed to be.

Margaret Atwood’s “The Testaments” Will Come to the Small Screen

Margaret Atwood Talks Twitter and “The Testaments” in Toronto