Blondie Is Back: 5 Fascinating Facts From the New Debbie Harry Memoir, “Face It” 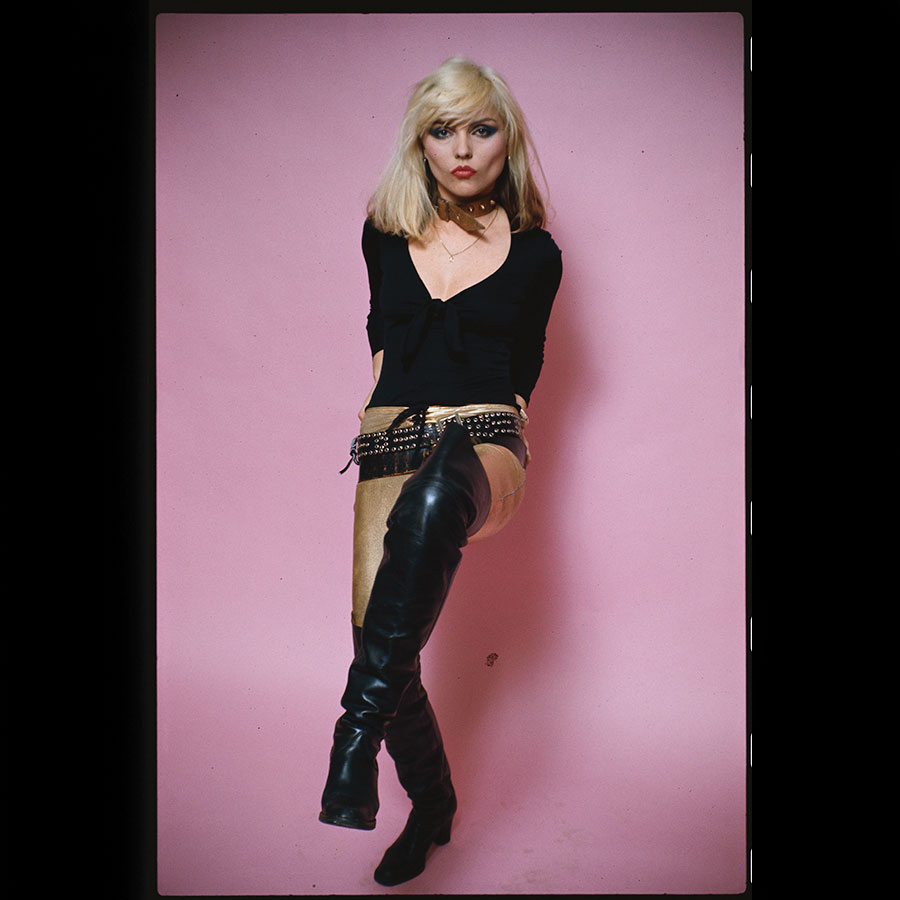 New Wave rock goddess Debbie Harry, the titular lead of punk-pop band Blondie, dedicates her new memoir, Face It, “to the girls of the underworld.” She was once one of them, searching for fame while living in a four-room, $67 apartment on St. Mark’s Place, writing: “That first night in my new home, lying on the bed listening to the sounds of the street floating through my window, I felt like I was finally, twenty years into my life, in the place where my next life would begin.”

Harry, now 74, went on to help establish a musical sound that would define an era with her band Blondie, but her story starts with her parents — former high school sweethearts who reconnected years later only long enough to have an affair and conceive their daughter, then called Angela, born in 1945. Because Harry’s mother was a concert pianist and her father already had a family, her biological grandmother made the case for giving up the child. At three months, Richard and Cathy Harry, a couple from New Jersey, adopted her.

Harry studied painting in college and moved to New York to become an artist, working variously as a secretary, in a salon and as a bunny waitress at the Playboy Club while frequenting clubs and finding herself increasingly drawn to music. Her pre-fame music career included stints in smaller bands before forming Blondie with guitarist Chris Stein in 1974.

Blondie began as a pop-punk band with a cult following until their monster 1979 hit “Heart of Glass,” a hypnotic, disco-inflected chart-topping pop masterpiece from their breakout third album Parallel Lines. It was swiftly followed by other hit singles, like the equally anthemic “Atomic,” “Call Me” and “One Way or Another.” Another classic came two years later with “Rapture,’ before the band split in 1982 (they didn’t regroup again until 1997). Face It, written in collaboration with veteran music journalist and author Sylvie Simmons and based on a series of exclusive interviews chronicles Harry’s rich and tumultuous life as a rocker in candid fashion, from those early days in the Bowery and playing at CBGBs to touring with David Bowie and Iggy Pop to being immortalized in a portrait by Andy Warhol to how she and Stein bought the first painting their friend Jean-Michel Basquiat ever sold— for $300.

Read on for five other fascinating things we learned from Harry’s memoir.

She’s had many R-rated adventures

Blondie’s first real tour was with Iggy Pop and David Bowie on the Idiot World Tour in 1977. It was a wild ride, she recalls, where women would climb on the speakers whenever Pop was onstage and fling their underwear at him.

Once after bringing the stars cocaine one night, Bowie dropped trou and revealed his genitals. “David’s size was notorious, and he loved to pull it out with both men and women,” Harry writes. “It was so funny, adorable and sexy.”

A visit to Phil Spector at his Los Angeles home was less funny. “Chris remembers Phil greeting us with a Colt .45 in one hand and a bottle of Manischewitz [sweet kosher wine] in the other.” She sang under duress while he played the piano and remembers how Spector brandished the gun.

Sex, drugs and rock ’n’ roll is a cliché for a reason, but Harry is a survivor. Face It describes, in vivid detail, overcoming the heroin addiction that had become her consolation during Stein’s long illness in the 1980s, as well as being broke, bankrupt, and losing her home due to bad contracts, financial mismanagement, and defaulting on taxes. She even survived a blaze when one night her East First Street apartment building burned down after a biker gang that lived upstairs turned on their leader, tortured him, and set him on fire.

Most of Harry’s performance clothes at the time were a mix of thrift store finds and custom clothes by pioneering pop-punk designer Steven Sprouse, a friend and neighbour. In this case, however, Marilyn Monroe’s one-shoulder, pale aqua shirred taffeta gown had special resonance.

Harry identified with Monroe’s bygone glamour — it was the inspiration for her signature platinum blonde style, mixed with downtown cool. The dress was allegedly worn by the bombshell in The Seven-Year Itch and Harry made it doubly notable, through art and in photographs taken by Stein. After they returned from a tour, the couple discovered there had been a fire in their apartment. Harry donned Marilyn’s singed dress and gamely recreated a narrative with frying pan in the burnt out kitchen in what is now a famous photo series.

“Coincidence came calling for me big-time in the early seventies,” she says, including a brush with a notorious serial killer, who gave her a lift to a New York Dolls party late one night.

“My first impression of the driver was that he was not bad looking,” she recalls, but his car stank so strongly that she tried to open the window — only to discover there was no crank or interior door handle. She freed herself and years later realized it was almost certainly Ted Bundy.

And these are just a few of the harrowing stories like this that she tells in the book.

Blondie was the last band to record at the Magic Shop

Blondie recorded their 11th studio album, Pollinator, at the Magic Shop in January 2016 shortly before it shuttered for good, pushed out by high New York rental costs. The Soho studio proved a music geek’s dream—kitted out with vintage gear and consoles (like the one shipped over from the BBC Maida Vale studios) and is a legendary institution: Lou Reed recorded his famed Magic and Loss album there, Nirvana and Norah Jones were regulars and it’s also where David Bowie recorded his 2013 disc The Next Day and, later, secretly recorded his final album, Blackstar.

It took her years to embrace her unique look and style

“I hated my looks as a kid but couldn’t stop staring,” she writes. “How could I know then that this face would help make Blondie into a highly recognizable rock band?” In the music milieu, however, she learns to weaponize it.

“Rock was a very masculine business in the mid-seventies.” Patti Smith “dressed more masculine … my approach was different. I was playing up the idea of being a very feminine woman while fronting a male rock band in a highly macho game. I was saying things in the songs that female singers didn’t really say back then. I wasn’t submissive or begging him to come back. I was kicking his ass, kicking him out, kicking my own ass too. My Blondie character was an inflatable doll but with a dark, provocative, aggressive side. I was playing it up but I was very serious.”

She now looks at the criticism she faced with the wisdom of hindsight: “one silver lining, I guess, is at least the consciousness has changed for the better around our sexuality.”

Getting older is hard on your looks, Harry admits. She’s never hidden the fact that she’s had cosmetic surgery: “I think it’s the same as having a flu shot basically, another way of looking after yourself,” she writes in the memoir, “If it makes you feel better and look better and work better, that’s what it’s all about.”

But, she also writes elsewhere in the book, “It’s about time. Time is what matters.”

5 Ways to Listen to Music Without Damaging Your Ears