Daniel Craig’s Last Turn As James Bond: 007 Comes Out of Retirement in ‘No Time To Die’ 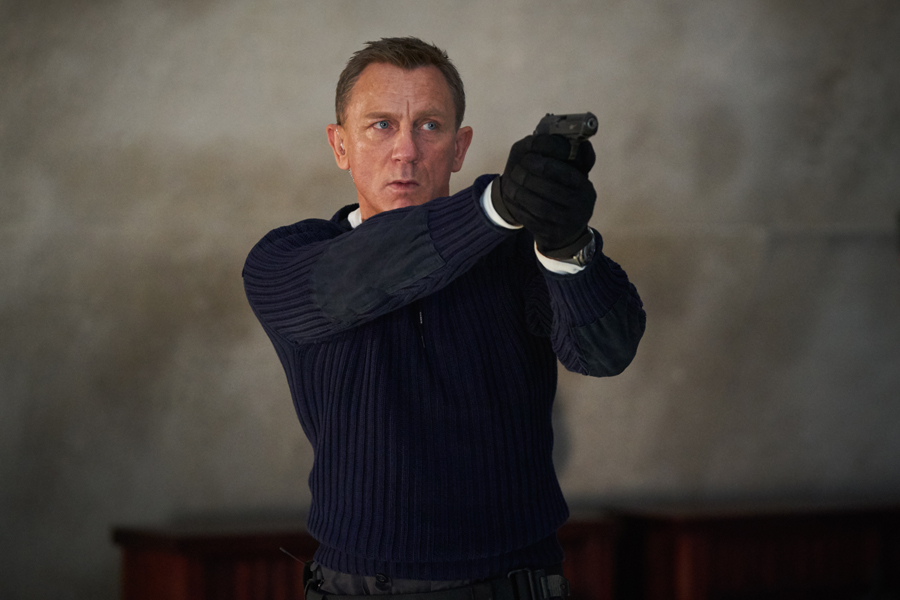 For some, retirement is a second act — an opportunity to move forward into the future with a focus on personal goals and self-care. Leaving the past behind, however, is easier said than done, particularly when your past includes bad guys with guns who want you dead. And that’s the predicament in which James Bond finds himself in the upcoming No Time To Die, the 25th instalment of the 007 franchise that hits theatres next April.

The film marks Daniel Craig’s fifth and final turn as the famed spy, a run that began with 2006’s Casino Royale and which, at 14 years in the role, surpasses Roger Moore’s record as the longest-tenured Bond. The 51-year-old Craig last appeared as Bond in 2015’s Spectre, after which the character retired to a much-deserved, post-spy life in Jamaica.

But in the first No Time To Die trailer, which dropped today, we see Bond plucked from retirement by CIA pal Felix Leiter (Jeffrey Wright) to help find a kidnapped scientist and foil the global threat at the heart of the plot.

It turns out the world has become a far more dangerous place since Bond retired, and while a number of familiar faces from past 007 films return in the trailer — Ralph Fiennes as M, Naomie Harris as Eve Moneypenny, Ben Whishaw as Q and Christoph Waltz as Blofeld — a new Bond villain emerges in No Time To Die.

Rami Malek, who scored the Best Actor Oscar earlier this year for his portrayal of Freddie Mercury in Bohemian Rhapsody, makes a brief appearance in the trailer as Safin, an antagonist who long-time Bond producer Barbara Broccoli described as “really the supervillain. He’s the one that really gets under Bond’s skin. He’s a nasty piece of work.”

Of course, it’s been rumoured for months that Prince Charles could make a cameo in this Bond film, so perhaps 007 will find himself with a new royal sidekick to help him beat down bad guys as only a future king can.

Bond’s best bet, however, is the new 00 agent Nomi (Lashana Lynch), a take-no-bull spy touted as a possible 007 replacement for Craig. And in the trailer, Nomi wastes no time in putting Bond firmly in his place and proving why she has the mettle to save the day.

“The world’s moved on, Commander Bond. So stay in your lane,” she warns him in the trailer. “You get in my way and I will put a bullet in your knee. The one that works.”

It’s not exactly the “welcome back from retirement” greeting one expects, but it’s the kick in the butt Bond needs. That’s especially true since Safin isn’t the only threat Bond faces. Dr. Madeleine Swann (Léa Seydoux), who Bond fell in love with in Spectre, returns in No Time To Die, harbouring a deep secret that could shatter Bond in a way no bullet ever could.

Which is all to say we already know Daniel Craig plans to retire his 007 tux following No Time To Die. Whether James Bond is afforded the same opportunity for a graceful exit, or whether Safin sends him into a “permanent retirement,” remains to be seen.