Honouring Women Who Were Unafraid to Stand Up 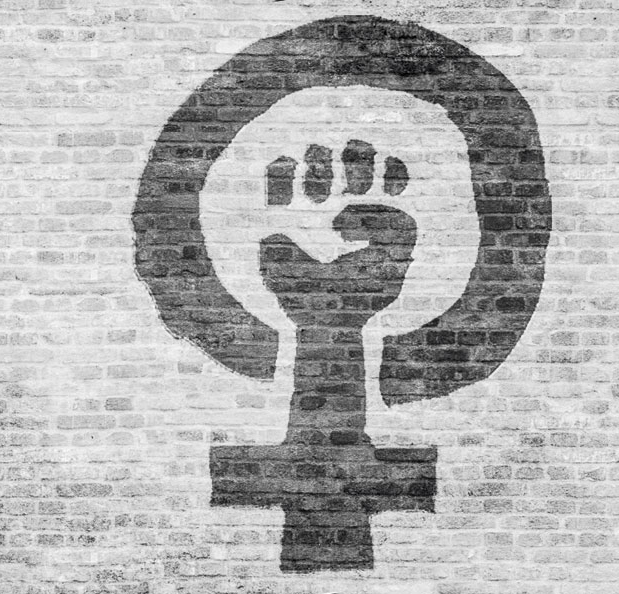 In celebration of International Women’s Day (March 8), we revisit Elizabeth Renzetti’s 2018 story, in which she explores the intersection of female empowerment and aging and champions “women who were unafraid to stand up and shout or sit down and write their complicated truths.”

So much happens when you turn 50. If you’re lucky, as I was, your friends will hire a Rolling Stones cover band to play at your birthday party, and the band will blow its amp during the first song — “Jumpin’ Jack Flash” — and you will try not to take this as a metaphor for your life.

You will begin to notice body parts that had never once crossed your mind, let alone been the subject of concern. “I don’t have elbows anymore,” said a friend, equally middle-aged. “I have hellbows.” Your bladder will shrink in compensation for your bank account growing. You may look at Frances McDormand and wonder, “Would I also be a silver fox if I stopped colouring my hair?”

Best of all, in my experience at least, the self-doubting voice in your head grows fainter, as if it’s a radio station and you’ve driven out of its range. I have written an essay about this evil inner critic, “The Voice in Your Head Is An Asshole,” and it appears in my essay collection, Shrewed: A Wry and Closely Observed Look at the Lives of Women and Girls. I could not have written this book before I turned 50, and the voice started to sputter and fade. Unless you’re exceptionally lucky or sturdy or perhaps are taking very good medication, you will recognize the voice I’m talking about. It tells you, in a seductive purr, not to bother trying for that promotion or that audition or that relationship because you’re not worthy. It’s all been done before and better. The voice is a scream in your teens, a roar in your 20s, a constant drone in your 30s, but by the time you hit 50, it becomes a wee annoying buzz you can ignore. It’s a Mean Girl with dying batteries.

Fifty is when you realize that you are not actually in the middle of life, unless you have the longevity of a Galapagos tortoise. The clock is ticking. It’s time to get things done, to ignore the inner critic and paint that picture, change that job, run that marathon, publish that book. Annie Proulx released her first novel, Postcards, when she was 57; Frank McCourt published Angela’s Ashes when he was 66. There is a great freedom that comes with feeling that you have nothing left to lose, right around the time when the obituary page is starting to fill with the names of friends.

In my case, I wanted to write a collection of essays about women’s lives because I am a feminist who has been writing about gender issues for all of my professional life and, at the end of 2016, I was in a state of shock. In October of that year, I found myself at a Donald Trump rally in Tampa, Fla., where I came across a little girl dressed as an imprisoned Hillary Clinton, complete with a rubber Hillary mask and a tiny striped inmate’s costume.

The girl looked to be around 11 — the same age as my daughter. When I saw her at that rally — where thousands of the men and women in the crowd were baying “Lock her up” at Trump’s prompting — I knew I had to write about this moment. Even hearing this vitriol, I still believed that Clinton would win the election; I was deaf to the hostility around me. Little did I know that the essay I went on to write would be a sorrowful one, about the rise of a poisonous, sexist demagogue to the highest political office in the world.

I needed to be 50, to have spent decades interviewing other women about their lives, to write about all of this. I needed to be able to look at the lives of my mother, who had lived feminism in her daily life as a nurse and a single parent, and my daughter, whose generation was supposed to have inherited a better world. On the day after the American presidential election, still reeling — everyone I knew was reeling, if they weren’t crying.

I set out to write a book that would, in many ways, answer that question. About how we needed to listen to younger women’s concerns and draw in and raise up the voices of feminists who had traditionally been marginalized in the movement, including women of colour and LGBTQ women. But at the same time, how we could also honour the wisdom of women who had struggled and fought and marched for decades before. We could look to the future while also respecting the veteran warriors I saw at the Women’s March on Washington, who carried signs that said, “I can’t believe I still have to protest this shit.”

Above all, I wanted to honour women who were unafraid to stand up and shout or sit down and write their complicated truths — women who had told the voices in their heads to be quiet for a damn minute because there was work to be done. I ended up writing about activists and politicians and novelists and everyday Janes who were making waves, big and small.

Along the way, in the decades I’ve been writing, I’ve encountered women whose embrace of their power is terrifying to others. In one of the essays in my book, I write about an interview I conducted with Germaine Greer, feminist and firecracker, at her lovely farmhouse in the English countryside, with dogs and a peacock playing at our feet. I wanted to know how she felt about her fearsome reputation for stirring the pot and sometimes giving offence: Greer fixed me with her bright blue eyes and said, “When someone says to me ‘Do you know how much you frighten people?’ the only thing I can say is ‘Not enough. Nowhere near enough.’”

I wanted to have those words embroidered on a pillow, tattooed on my saggy elbows. Imagine inspiring dread instead of succumbing to it? It seemed an insurmountable goal. In the last few months, though, just as I finished writing Shrewed, the great #MeToo wave broke across the world, a joyful, rebellious noise: no longer were women obeying the silencing, punishing voice in their heads. Now they were listening to each other’s voices raised in defiance. It was worth waiting 50 years to hear it.