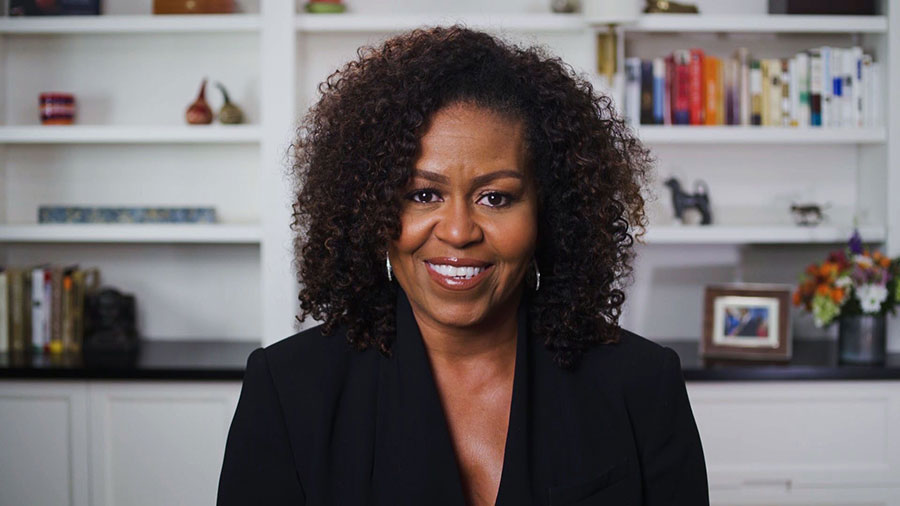 The Michelle Obama Podcast promises the “most candid, human, and personal conversations to show us what is possible when we dare to be vulnerable.” Photo: Photo: BET Awards 2020/Getty Images

The former First Lady has spoken. Michelle Obama has announced a new podcast featuring the Becoming queen talking to friends, family and colleagues about parenting, race relations and the COVID-19 pandemic, among other things.

“We’ll be discussing the relationships that make us who we are,” she says in the trailer for The Michelle Obama Podcast. “We’ll be talking about the challenges and the joys of being a parent or a spouse. The friendships that help us through the toughest times. Or the growth we experience when we lean on the colleagues and mentors around us.”

Watch the trailer below

A joint offering from the Obamas’ Higher Ground Productions and Spotify, the podcast will debut on the streaming service — free and for subscribers — on July 29. Higher Ground was formed by Barack and Michelle Obama in May 2018 to tell stories “touching on issues of race and class, democracy and civil rights, and much more,” Barack said, announcing a multi-year deal to produce films and series with Netflix. “We believe each of these productions won’t just entertain, but will educate, connect, and inspire us all.” Their first film, An American Factory, won the Academy Award for Best Documentary Feature this year.

Although Michelle says she will be talking to her mother and brother, she doesn’t mention Barack, the 44th president of the United States and the first African-American elected to the country’s highest office. But the podcast’s Spotify hub features an intimate black-and-white portrait of the former First Couple, with Barack leaning into Michelle as she rests an arm on his shoulder, so fans will be waiting with bated breath to see when, and if, he shows up.

“My hope is that this podcast can be a place for us to sort through the questions that we’re all trying to answer,” Michelle says in the trailer. “A place to open up and be a little vulnerable, and have some fun along the way.”

It comes on the heels of Higher Ground’s third production for Netflix, Becoming, a documentary that follows Michelle on the 34-city #IAmBecoming tour to promote her memoir of the same name.

“Those months I spent travelling — meeting and connecting with people in cities across the globe — drove home the idea that what we share in common is deep and real and can’t be messed with,” Michelle says about the documentary. “In groups large and small, young and old, unique and united, we came together and shared stories, filling those spaces with our joys, worries, and dreams. We processed the past and imagined a better future. In talking about the idea of ‘becoming,’ many of us dared to say our hopes out loud.”

Expect the conversations started on that sold-out book tour — which included stops in Vancouver, Edmonton, Toronto and Montreal — to continue with the former First Lady’s signature brand of down-to-earth humour and deep empathy.

The COVID-19 pandemic may have put a damper on the self-professed hugger’s main vehicle for embracing people, but when she announced the May release of the Becoming documentary, she reassured us with this reminder: “I am here for you. And I know you are here for one another.”

Once again, the former First Lady is ensuring everyone is included in her social circle, and hopes the podcast will spark conversations about ideas and topics among listeners and their social circles.

“Maybe it will inspire you to have some conversations with loved ones that you’ve been meaning to have.”