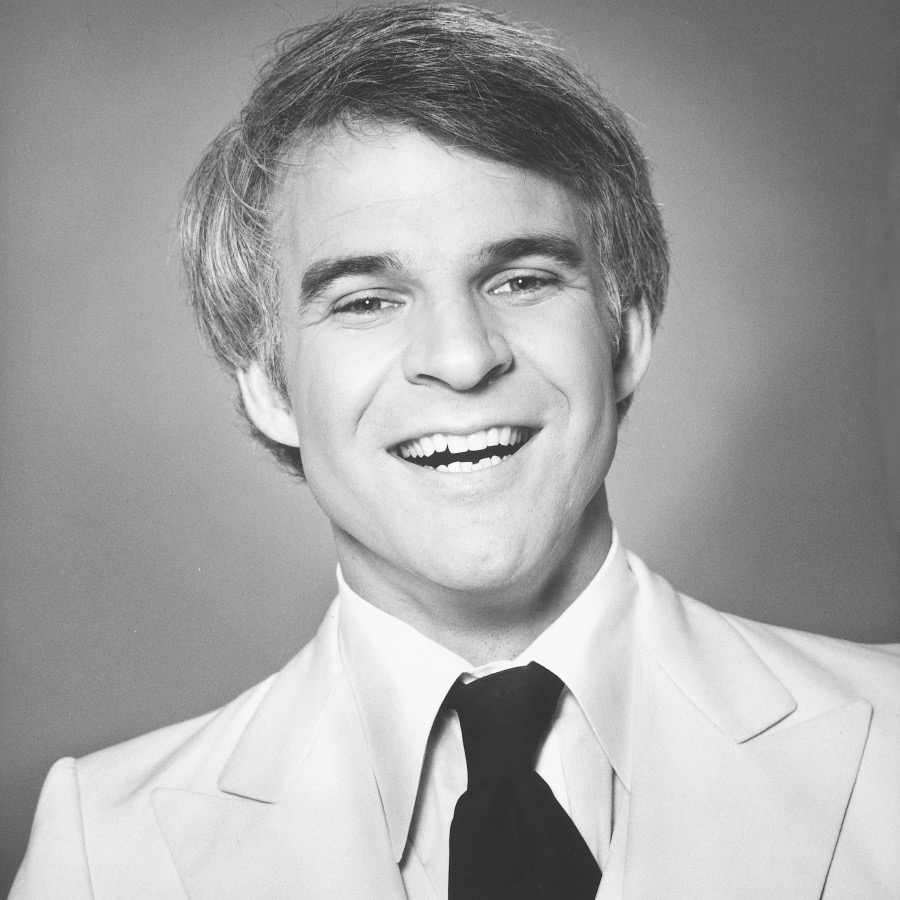 As comedy legend Steve Martin turns 75, we look back on five of our favourite, funniest moments from his celebrated career. Photo: Harry Langdon/Getty Images

In his best-selling memoir Born Standing Up: A Comic’s Life, Steve Martin recalls a quip he used to kick off a performance.

“I opened the show with this line: ‘I have decided to give the greatest performance of my life! Oh, wait, sorry, that’s tomorrow night.’”

It’s an example of the brilliantly unique, absurd and, of course, hilarious brand of humour that made Martin one of the most successful and respected comedians of his generation.

So today (Aug. 14), to mark the legendary comedian’s 76th birthday, we’re revisiting five of our favourite (and funniest) Steve Martin moments from his celebrated career.

Early in his career, Steve Martin created a name for himself in part through using props in his stand-up routine, be it a fake arrow through the head, a banjo or, as in this clip, his version of balloon animals.

Steve Martin’s hit 1979 film The Jerk, which he co-wrote and starred in, is regarded as one of the greatest comedies of all time. And the scene where Martin’s character Navin checks to see if Marie, played by Bernadette Peters, is awake (she’s not) before launching into a hilarious monologue about their relationship is one of the most memorable of the film.

Martin appeared on Johnny Carson’s Tonight Show more than 60 times, but his final visit to the show — on May 6, 1992,  just weeks before the revered host retired — proved one of his funniest. A brilliant example of Martin’s absurdist humour, the Great Flydini also proved one of the most memorable late-night appearances of the comedian’s career.

“It would be easy for me to stand up here for the next few minutes and talk about Paul Simon’s consummate skills as a songwriter and musician, but this seems to be neither the time nor place.”

So begins Martin’s hilarious 2002 Kennedy Centre tribute to pal Paul Simon, which had the elite of both Hollywood and Washington — including then-U.S. President George W. Bush, who became one of his comedic targets —  in stitches.

Martin hosted the Academy Awards three times — most recently in 2010, when he partnered with Alec Baldwin for the event. And their opening monologue proved one of the most entertaining in Oscar history.

“Anyone who has ever worked with Meryl Streep always ends up saying the exact same thing,” Martin quips, “can that woman act, and what’s up with all the Hitler memorabilia?”