Royal Maternity Looks (And How You Can Recreate Them) 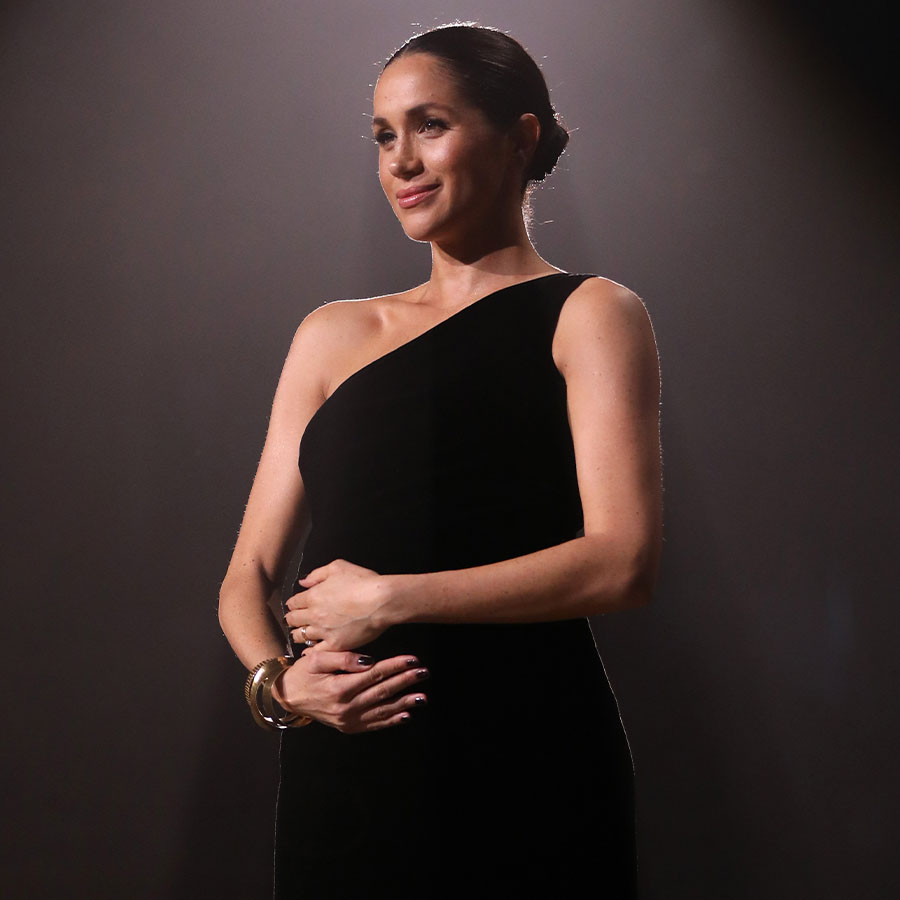 With Meghan and Harry expecting their second child, we're revisiting some of our favourite royal maternity style moments, including this iconic look from the Duchess at the 2018 Fashion Awards. Photo: Tristan Fewings/BFC/Getty Images

The stylish wives of Windsor are past masters at maternity dressing.

And with news of the Duke and Duchess of Sussex expecting their second child, we revisit some of our favourite royal maternity looks — from evening drama to daytime ease — including fashion ideas and styling choices that work in every wardrobe, whether one is expecting or not.

Full-skirted, body-conscious or softly draped: the shape of an evening dressing is ladies’ choice. Here, the Duchess of Sussex — on stage at the Fashion Awards 2018, where she presented Keller with the British Designer of the Year Womenswear award — looks chic in Givenchy by Clare Waight Keller, who designed her wedding dress.

Diana, Princess of Wales, above left, in a dress by Bellville Sassoon at the Victoria and Albert Museum while expecting Prince William in 1981. And while expecting Prince Harry in 1984, Diana wore a Catherine Walker gown. Meghan Markle, meanwhile, in Roland Mouret at the Cirque du Soleil premiere of Totem in 2019 while pregnant with son Archie.

Empire waistlines, floaty capes and gentle layers in classic neutrals give a graceful and elegant vibe. Above, Kate at the Royal Palace in Oslo, Norway, while expecting Prince Louis in 2018, wearing her go-to designer Alexander McQueen — the brand that created both her wedding day looks; expecting Prince Harry, Diana at the Royal Opera House in 1984 and in a Bellville Sassoon evening gown at the Royal Academy of Arts the same year; and Meghan in a caftan-inspired Christian Dior haute couture gown at the British Residence, Rabat, Morocco in 2019.

Anchor your style with classic black accessories that mean business, or elevate your athleasure gear by pairing it with a structured topper. As seen above, Kate arrives for an opening in London in 2013, while expecting George, in a dress from Topshop; Meghan, wearing Reiss, departs a panel discussion convened by The Queen’s Commonwealth Trust marking International Women’s Day at King’s College London in 2019; Diana, pregnant with William, in a Catherine Walker dress during a trip to the Scilly Isles in 1982; and Meghan, wearing an Ingrid & Isabel zip jacket, Lululemon Align pants and Adidas sneakers, departs the Mark Hotel in New York City where she attended her baby shower in February 2019. And Kate (inset) visits Aston Villa Football Club in a Goat coat while just starting to show with Prince Louis.

Classic cargo  and nautical elements are wardrobe staples for casual and weekend dressing. Pictured, Kate, in Le Chameau wellies, visits Great Tower Scout camp on 250 acres of land offering a wide range of land-and water-based activities in 2013; Diana pregnant with William while at polo in Windsor with Prince Charles in 1982; and Meghan, in a J. Crew field jacket, Equipment sweater and Stuart Weitzman boots, visits the Moroccan Royal Federation of Equestrian Sports in Rabat, Morocco, in 2019.

The versatile shirtdress gives even the most casual occasions polish as accessories dress it up or dress it down. While on a royal tour of Australia, New Zealand, Tonga and Fiji in October 2018, Meghan wore a crisp Martin Grant dress; a colourful printed Figue Frederica dress; and a lively Veronica Beard piece; Diana at a polo match while pregnant with William in 1982.