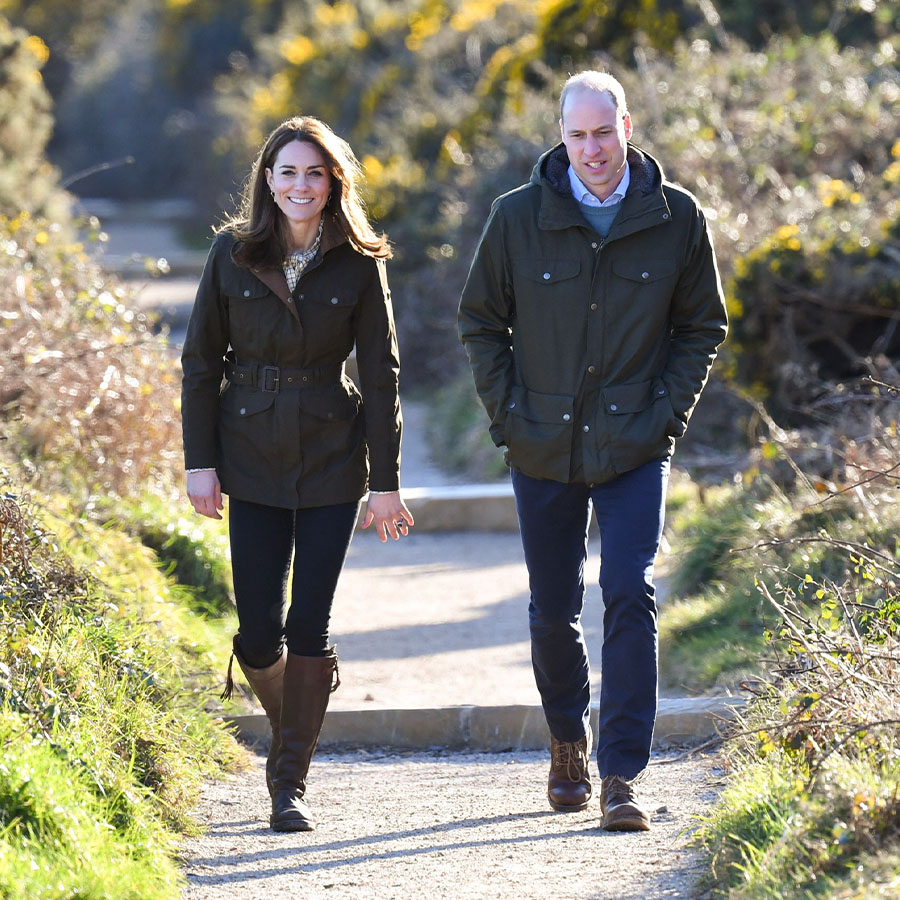 Prince William and Duchess Kate announced the launch of their YouTube channel with an upbeat 25-second video featuring never-before-seen footage of them at royal events and at home.

The video opens with the couple sitting on a sofa at their country residence, Anmer Hall in Norfolk. Pointing at the camera, William turns to Kate and quips, “By the way, be careful what you say now because these guys, they’re filming everything.”

Another new clip also shows playful banter between the royal couple. As they film their 2021 St. Patrick’s Day greeting, Kate corrects her husband’s pronunciation: “You don’t need to roll your r’s.”

“Do I not roll those?” William replies, while Kate shakes her head: “No.”

The fast-moving montage includes snippets of Kate shooting a bow and arrow in Bhutan, the couple’s recent U.K. train tour and a red carpet walk at the BAFTAs in 2019. As well, we see William serving spaghetti and, in another clip, flying a helicopter. Her Majesty the Queen even makes an appearance in a brief clip from several years ago at the Royal Horticultural Society’s London show.

And, happily, the duke and duchess included their kids. George,7, Charlotte, 6, and Louis, 3, are shown taking part  in the Clap for Carers campaign during the first pandemic lockdown last year.

While the YouTube channel may be new, the duke and duchess have been sharing photos and videos of themselves and their family on social media for years. The couple’s sharing of their children’s birthday portraits, for example — taken by the duchess herself — has become a much anticipated tradition for royal fans. Just last week, the royal family released a portrait for Princess Charlotte’s sixth birthday, and days before that, they shared an adorable video of the family playing at the beach and on a nature walk at their Norfolk country home, for Kate and William’s 10th wedding anniversary.

The new videos have garnered praise from some royal watchers for their modern, more informal approach to the monarchy, giving a hint of how William and Kate may rule as future King and Queen. In making the Royal Family more accessible in terms of their private lives — as opposed to having staff routinely post about their royal tours and engagements — perhaps they are taking a page from the Duke and Duchess of Sussex, who took a personal interest on their social media accounts (the now closed official @SussexRoyal), with Meghan reportedly writing many of her own captions.

In the now infamous Oprah tell-all interview in March, Meghan and Harry critiqued “The Firm” as an old-fashioned and ancient institution, in which both Charles and William were trapped with the “system of the monarchy.” These videos, in which the couple seem happy and comfortable with one another and their royal roles, may indeed be Kate and Will’s clearest refutation of that sentiment to date.

Prior to the launch of their YouTube channel, clips from William and Kate’s engagements were shared on the official Royal Family channel, which has over 850K subscribers. At the time of writing, the Duke and Duchess have already wracked up 113K subscribers.