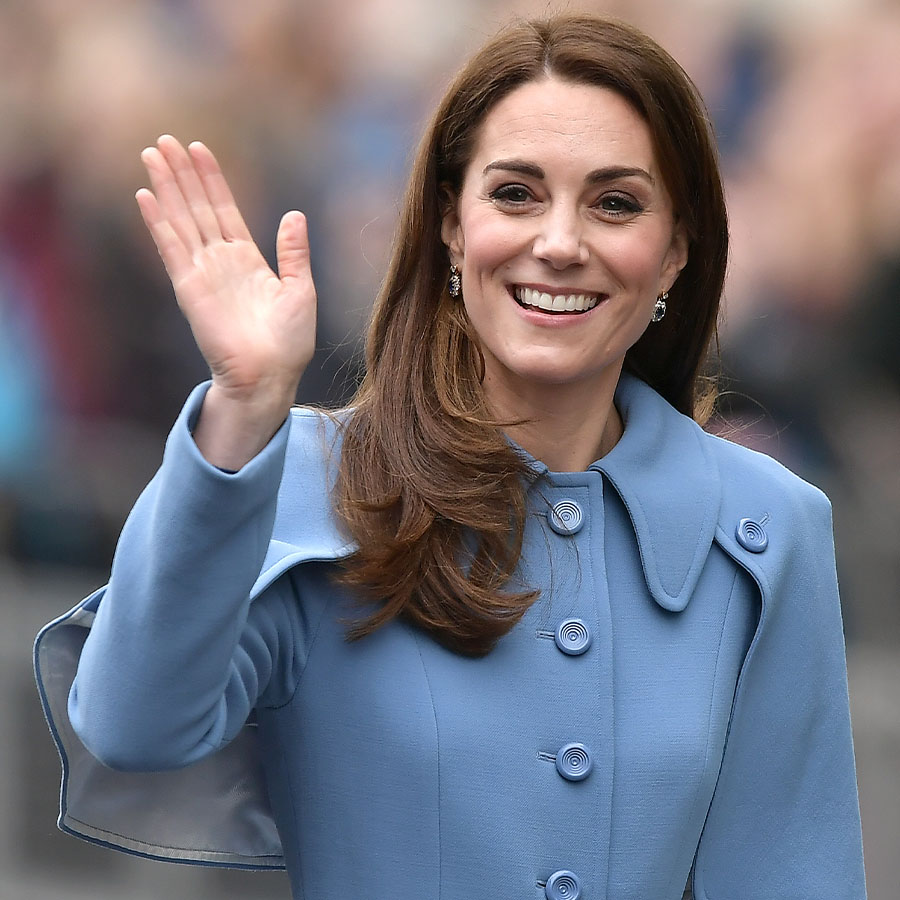 As she turns 39 this Saturday, Catherine, Duchess of Cambridge, is the reassuring example we need right now. It has been 17 years since Kate met William at St. Andrew’s University in Scotland.  Just ahead of the ten-year anniversary of marriage to her Prince, the once-shy, middle-class commoner from Bucklebury has completed her transformation. Today, she has emerged as a woman confidently juggling her many roles: a future queen who is supportive spouse to a future king, mother of three (including another future King), charity advocate, royal diplomat and, of course, international style icon.

Late 30s look good on a newly poised Kate: as her children grow more independent and she is able to throw herself into causes and projects that reflect her maturity and her individuality, ranging from young children and mental health to women’s issues and her passion for photography.  Most notably, she walks a careful line with humility, by never complaining or ruffling feathers, and always putting duty to the Firm and family first. These are qualities that feel especially relevant in this time of crisis, and which connect back to the Queen’s own lifelong values, forged in the crisis of wartime.

This past Royal year started with the upheaval of Harry and Meghan leaving their royal duties behind as they headed to Hollywood (and leaving William and Kate with a heavier workload). Then during the pandemic, the Cambridges stepped up further to cover duties for the older generations, more at risk from the virus.

In the darkest days of lockdown from quarantine at their country home of Anmer Hall in Norfolk, Kate brought sunshine and big smiles to Zoom (choosing cheerfully coloured, relatable WFH outfits from high-street retailers). Later, she co-ordinated soothing and accessible blue tones her young family for photo ops such as Clap for Carers. When the lockdown was lifted, she and William became the public face of the royal family in the crisis—sure and steady representatives paying tribute to frontline workers and the NHS.

In contrast to recent years, where Kate and William have embarked on ambitious diplomatic tours, this year we saw a quick spin through Ireland at the top of the year (in the before times), and the whistlestop train tour just before Christmas. The first gave us some lovely fashion hits, lots of green and local Irish labels. The later showed how deft Kate had become making masks part of her outerwear and re-wearing some of her key (and signature) coats. As for official occasions, mostly cancelled over the grim months of 2020, we had that final fateful Commonwealth Day ceremony, where Kate re-wore a burgundy Catherine Walker coat (alongside–but not interacting with–Meghan in that emerald green Emilia Wickstead monochromatic outfit). Still, the Daily Mail calculated that Kate wore 94,000 pounds sterling of clothing this year, only slightly down from last year’s estimate.

Perhaps there was a (small) silver lining to the pandemic, in that Kate was able to focus on some great projects this year, from her Holocaust photography project in January to the September pandemic-focused exhibit Hold Still. She launched her 5 Big Questions project, focusing on early childhood development in the United Kingdom.

Kate also found her voice this past year. It was only in the fall of 2019 that she appeared in a television interview—the first since her engagement to William in 2011—with a crew in Pakistan. She did her first podcast earlier this year, with British actress Giovanna Fletcher on her “Happy Mum, Happy Baby” program, where she discussed for the first time her issues with severe morning sickness, her Mommy guilt and how she felt having to appear on the steps of the Lindo wing moments after giving birth. She said, graciously, she was “slightly terrified” but felt she wanted to “share that joy and appreciation with the public.” Again, a tricky line well-walked.

The number of Zoom meetings that were publicized meant we heard Kate’s voice much more this year than we had previously. For someone who has mainly been seen through her fashion, this is a significant turning point in the public getting to know a more dimensional Kate. She is now a poised speaker, and is working in areas about which she has genuine passion, so she is invested in spreading the message.

She also fought back for the first time, against a Tatler story that alleged she was “stressed” by her new responsibilities (particularly vis a vis the extra work the departing Sussexes left of the plates of the Cambridges), as well as some slights and speculation about her thin frame. The Palace stood behind her in challenging the story.

Forty may be the big number, but 39 is also a loaded year for many women, as careers start to crest, and we contemplate a (numerical, but metaphoric) shift into a new stage. Kate, who has acquitted herself so very well through the past decade in public life, is coming into her own. She seems, outwardly at least, to be ready for her destiny, and the weight of the crown.