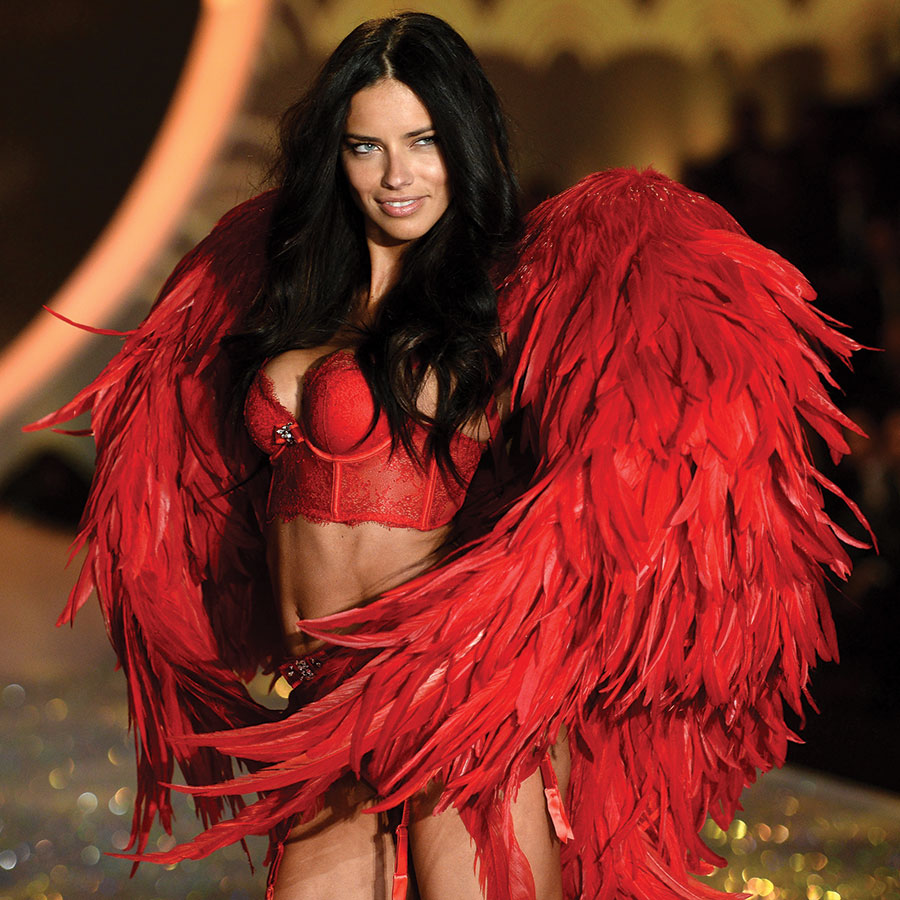 It was the only branded special in the world, a televised extravaganza seen in 190 countries by 1.6 billion people. But that was 2018. Over the next two years, the globe’s most famous lingerie brand, famed for its babelicious ‘Angels’, would go through hell.

In 2019, the company’s chief marketing officer, Ed Razek, caused a hailstorm of outrage with a remark he made to Vogue about diversifying the runway. “Shouldn’t you have transsexuals in the show?” Razek said rhetorically. “No, I don’t think we should. Well, why not? Because the show is a fantasy.”

Grounds for the career guillotine in the hyper-woke 21st century, the brand’s catwalk spectacular was summarily cancelled, and Razek was forced out of the company. Harsh comeuppance that was just par for the PC course, the decision proved prescient when, the following year, Razek was accused of sexual harassment, bullying and misogyny in a report published by The New York Times. “Angels in Hell” screamed the headline.

Meanwhile, Leslie H. Wexner, the billionaire chairman and CEO of L Brands, which owns Victoria’s Secret, also stepped down, following scrutiny for his close business and personal ties to Jeffrey Epstein. The convicted pedophile who, in a final tawdry blow to the brand, was in the habit of luring victims by introducing himself as a “talent scout” for the international lingerie company.

For a women’s apparel company, however skimpy, things couldn’t get much sleazier. Plunge bras to plunging profits, L Brands lost nearly US$300 million in the first quarter of 2020 as Victoria’s Secret sales shrank by 45 per cent. It was announced that 250 stores across the U.S. and Canada would permanently close that year. Valued at US$28 billion in 2015, the brand’s worth would dwindle to US$1.1 billion by 2020.

“We’re figuring out how to advance the brand,” an executive for the embattled company announced during a damage control press conference in the midst of the deluge. “The emotional content of Victoria’s Secret is obviously an important thing.”

A resuscitation job set to require a combination of Olivia Pope,  a paramedic team, the prayers of Jesus and the jaws of life, last week Victoria’s Secret unveiled its plan for a new era of knickers — out with the Angels, in with the Advocates. Crawling out from under their #MeToo era catastrophe, the underwear empire would, henceforth, march forward under a banner of progressiveness and inclusivity, ditching the Wings for Wokeness.

“We’re creating a platform that will build new, deeper relationships with all women,” said Chief Marketing Officer Martha Pease, of a rebrand that also includes The Victoria’s Secret Global Fund for Women’s Cancers, poised to donate “at least US$5 million annually to examine and address racial and gender inequities” and “unlock” cancer innovations.

The only thing left out of this inclusivity mandate is … anyone over 50. A rather glaring exclusion given that ladies of the baby boom have very substantial spending power and we live in an era when notions of “old” age are being thrown out the window by a culture that reveres a raft of over 50 beauties, JLo to Jennifer Aniston. Choosing a roster of women that doesn’t tap that market is a conspicuous oversight in a diversity campaign whose wide net incorporates everyone from refugees to transgender activists.

With newly minted spokesperson Ms. Rapinoe blasting the previous incarnation of Victoria’s Secret as, “patriarchal” and “sexist.” a misogynist brand rooted in “really harmful” messaging — sex appeal viewed “through a male lens and through what men desired”— that was “marketed toward younger women,” The New York Times deemed the company’s new platform “the most extreme brand turnaround in recent memory,” asking “will women buy it?”

One thing that’s certain is that the only way to revive the tainted brand was a 360-degree repositioning. If they can slough off the slime and produce some sought-after gitch, a rebound is possible, though maybe not to the dizzying heights of their globally televised supermodel catwalk days. But not everyone is convinced.

As the brand’s former chief executive Cynthia Fedus-Fields sniped to the Daily Mail, “If it was a US$7 billion business pre-Covid — and much of that US$7 billion was built on this blatant sexy approach — be careful with what you’re doing.” Or as Bridget Malcolm, who once modelled for the brand, put it: “Too little, too late Victoria’s Secret. Your performative allyship is a joke.”