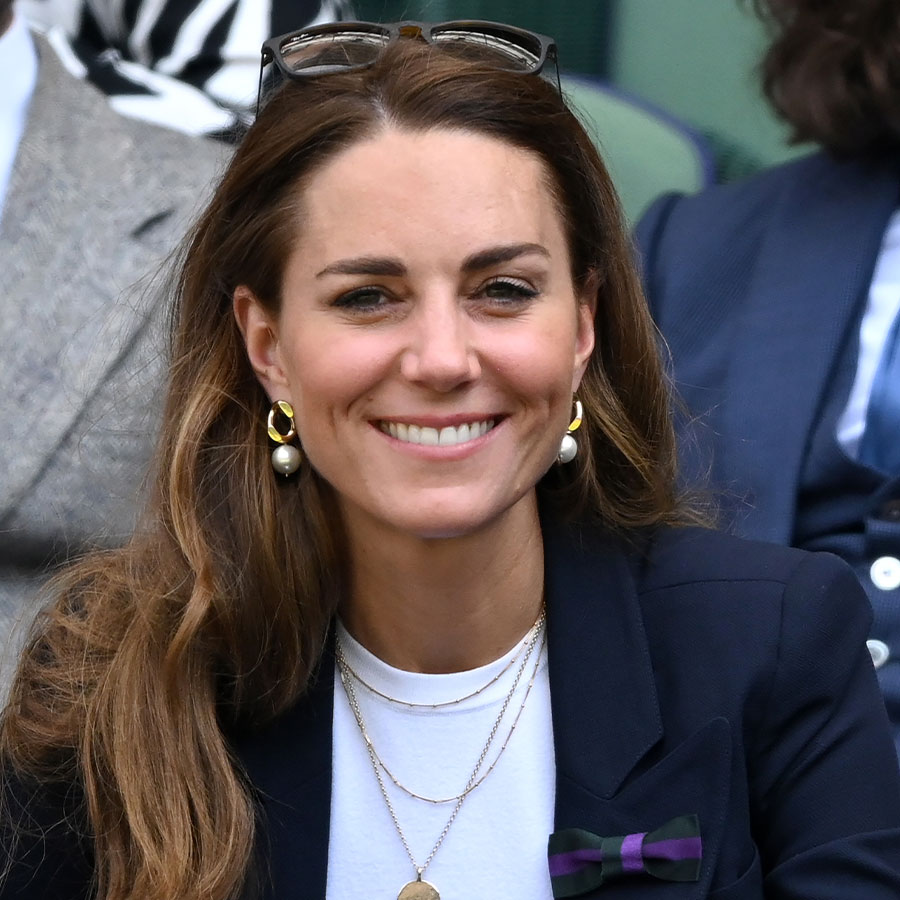 Catherine, Duchess of Cambridge attends the Wimbledon Tennis Championships at the All England Lawn Tennis and Croquet Club on July 02, 2021 in London, England. Photo: Karwai Tang/WireImage

Kate, Duchess of Cambridge, is self-isolating after someone she came into contact with last week tested positive for COVID-19, her office said today.

“Last week the Duchess of Cambridge came into contact with someone who has subsequently tested positive for COVID-19,” a spokesperson for Kensington Palace said. “Her Royal Highness is not experiencing any symptoms, but is following all relevant government guidelines and is self-isolating at home.”

The duchess attended a number of events last week, including the Wimbledon tennis championships on Friday. She had planned to attend an event today to celebrate the 73rd anniversary of the National Health Service (NHS) with Prince William, who is not required to self-isolate. William, you’ll remember, contracted the coronavirus last April, as did his father Prince Charles, although William kept it private at the time.

This follows news yesterday that Queen Elizabeth II honoured the NHS for its work during the pandemic.

Queen Elizabeth has awarded the National Health Service the George Cross — the highest civilian gallantry award — in recognition of 73 years of dedicated service, including during the COVID-19 pandemic.

The honour has only been bestowed collectively twice before, and only once by the Queen.

Prime Minister Boris Johnson said the award was a symbol of the nation’s gratitude.

“NHS staff have cared for us and our friends and family on the frontline of a pandemic for over a year, and I have witnessed their courage first-hand,” Johnson, who was treated by the NHS in intensive care with COVID-19 last year, said.

“I know the whole of the UK is behind me in paying tribute and giving thanks for everything the NHS has done for us, not only in the last year, but since its inception.”

The NHS was established in 1948 as the centrepiece of social reforms following World War Two, with a mission to provide state-funded comprehensive universal healthcare.

NHS Chief Executive Simon Stevens said the honour recognized the skill, compassion and fortitude of staff right across the service in responding to the worst pandemic in a century.

“Out of those dark times have come the best of what it means to be a carer and a health professional,” he said.

The George Cross was first bestowed collectively to the people of Malta in 1942 by Queen Elizabeth’s father, King George VI, and to the Royal Ulster Constabulary by the queen in 1999.