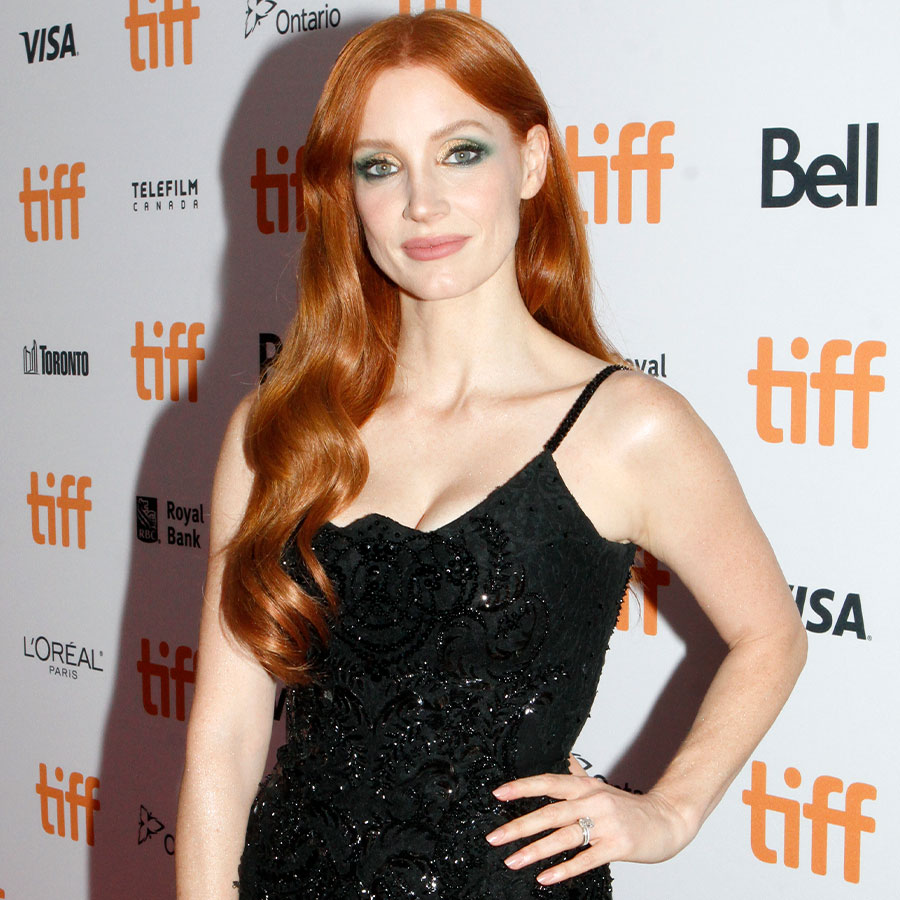 With few big stars and even fewer big red carpet looks, the not-so-festive 2021 Toronto International Film Festival lacked its usual sparkle. Perhaps everyone had fete and fashion fatigue after the grand galas of the Venice Film Festival, immediately followed by a rescheduled Met Ball extravaganza (it usually runs in May) alongside the party-hopping of the first (semi) post-COVID New York Fashion Week. Whatever the case, with TIFF described as “bleak and deserted” by NPR, Toronto raises a glass to Jessica Chastain — one of the only silver screen swans who bothered to pack couture and serious fashion for the event.

Swathed in beaded Givenchy haute couture, the actress went with classic Hollywood glam for the premier of The Forgiven AND attended the much-anticipated premiere of The Eyes of Tammy Faye, in which she stars, in an asymmetric Alexander McQueen ensemble with trailing silver lily pad embroidery.

The actress attended the screening of The Good House, which was filmed in Nova Scotia, in a tailored rust pant suit and mint turtleneck that looks more suited for the office than a film premiere.

The actress topped her slinky silver Celine dress with a boxy blazer for the premier of Dear Evan Hansen, the adapted Tony-winning Broadway smash. Perhaps she was cold …

The Canadian thesp wore full-length red for the screening of All My Puny Sorrows — adapted from the Miriam Toews novel of the same name — in which she co-stars with Mare Winningham and fellow Canadian, Sarah Gadon.

The Parisian director in a kicky ruffled yellow mini and high boots for the premiere of her film, Mothering Sunday, which stars Olivia Colman and Colin Firth.

The music legend and new Twitter sensation went with a full skirt and Mary Janes for the debut of her bio-doc, Dionne Warwick: Don’t Make Me Over.

The Canadian model makes her acting debut in The Gravediggers Wife and attended the premiere in modern monochrome.

The Toronto rapper turned it up in metallic pink for the debut of Oscar Peterson: Black + White, a bio-doc about Canada’s legendary Montreal pianist directed by renowned documentarian, Barry Avrich.

Classic movie black and white for the festival’s artistic director, co-head and executive director, who joined actor Ben Platt at the screening for his movie, Dear Evan Hanson.