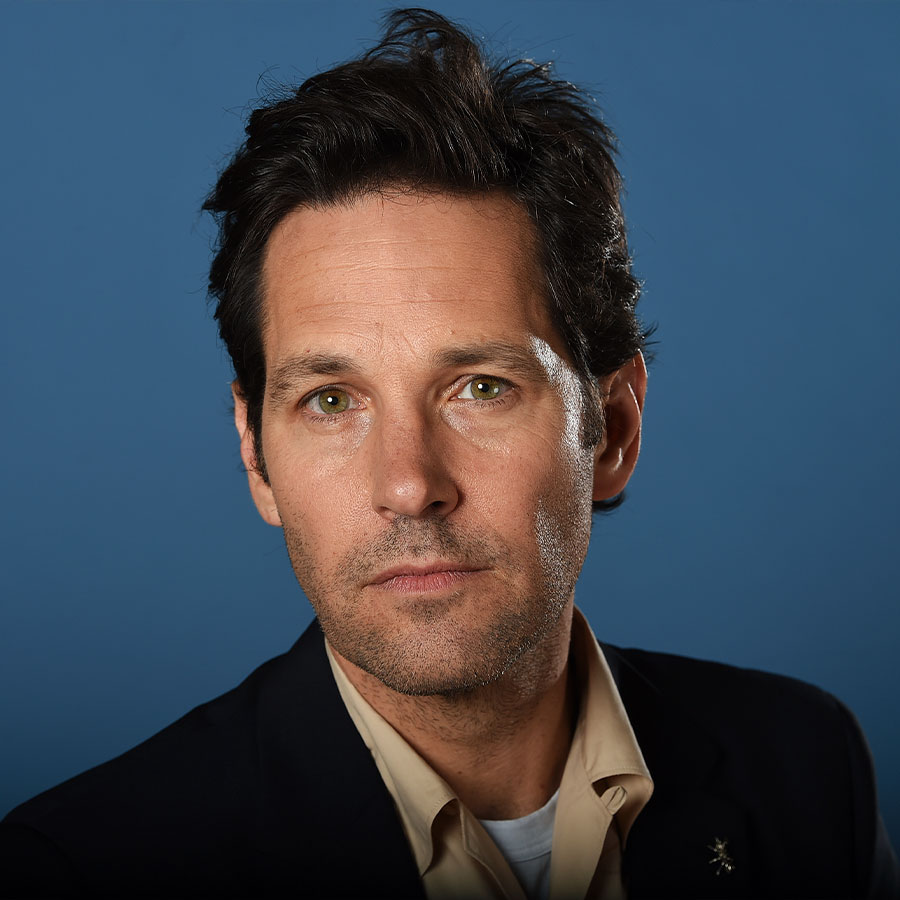 Paul Rudd is ready to embrace his new title as People magazine’s Sexiest Man Alive — especially the perks that come along with the honour.

The 52-year-old Ant-Man actor — who was revealed as the choice for the honour on The Late Show with Stephen Colbert, where the host interviewed Rudd and other actors for the title — conceded he wasn’t an obvious choice for the award.

“I do have an awareness, enough to know that when people hear that I’d be picked for this, they would say, ‘What?’ ” the actor tells People in their new cover story revealing him as the 2021 recipient of the title. “This is not false humility. There are so many people that should get this before me.”

Despite the intense ribbing he anticipates from his friends about the award, he said that he plans to “lean into it hard.”

“I’m not going to try to be like ‘Oh, I’m so modest.’ I’m getting business cards made,” he told People. “But all of my friends will destroy me and I expect them to. And that’s why they’re my friends.”

“I’m hoping now that I’ll finally be invited to some of those sexy dinners with Clooney and Pitt and B Jordan,” he added . “And I figure I’ll be on a lot more yachts. I’m excited to expand my yachting life.

“And I’ll probably try to get better at brooding in really soft light. I like to ponder. I think this is going to help me become more inward and mysterious. And I’m looking forward to that.”

Of course, Rudd is in good company when it comes to the list of stars previously named “Sexiest Man Alive.” George Clooney, 60, won the honour twice — once when he was in his 30s and a second time in his 40s — proving, both times, you could stand atop the hierarchy of sex icons with salt and pepper hair. Then of course there’s the late Sean Connery, who became the oldest Sexiest Man Alive at the age of 59 while proving that bald is indeed beautiful.

And yet, while Rudd, at 52, is closer in age to Clooney and Connery when they received the title than, say, Michael B. Jordan (33) or Brad Pitt (32) when they were given the title in 2020 and 1995 respectively, the subject of Rudd’s aging — and the fact that it seems like he doesn’t age at all — has been documented in the annals of memedom.

The memes don’t exaggerate much.  The actor’s big screen breakthrough role — co-starring in the 1995 comedy Clueless — at age 26 is one of the few examples the internet can cite as evidence that Rudd has, in fact, aged.

Looking as though he perpetually hovers in and around his 30s while technically aging into his 40s and now 50s, Rudd starred in comedies like Knocked Up, the Anchorman films, The 40-Year-Old Virgin, I Love You Man and This Is 40 before, in 2015, stepping into a role usually reserved for actors a decade or two younger with Ant-Man. He followed up his first superhero film with a sequel and appearances in Captain America: Civil War and Avengers: Endgame.

The newly minted sex symbol isn’t slowing down either. This month, he’ll team up with Anchorman co-star Will Ferrell for the new Apple TV+ series The Shrink Next Door and hit the big screen again in Ghostbusters: Afterlife.

Meanwhile, he isn’t letting his hunk status inflate his ego.

“When I think about myself, I think of myself as a husband and a father, like I’m that,” he told People. “I just hang out with my family when I’m not working. That’s what I kind of like the most.”

As well, though Rudd was never really thought of as a sex symbol before this, his wife Julie Yaeger gave him the stamp of approval he needed before the announcement went public. Well, sort of.

“She was stupefied,” Rudd told People of the moment she found out. “But you know she was very sweet about it. After some giggling and shock, she said ‘Oh, they got it right.’ And that was very sweet. She was probably not telling the truth, but what’s she going to say?”

Idris Elba Is the Sexiest Man Alive No Argument from Us

Why Brad Pitt Is Definitely Not Too Old For Hollywood