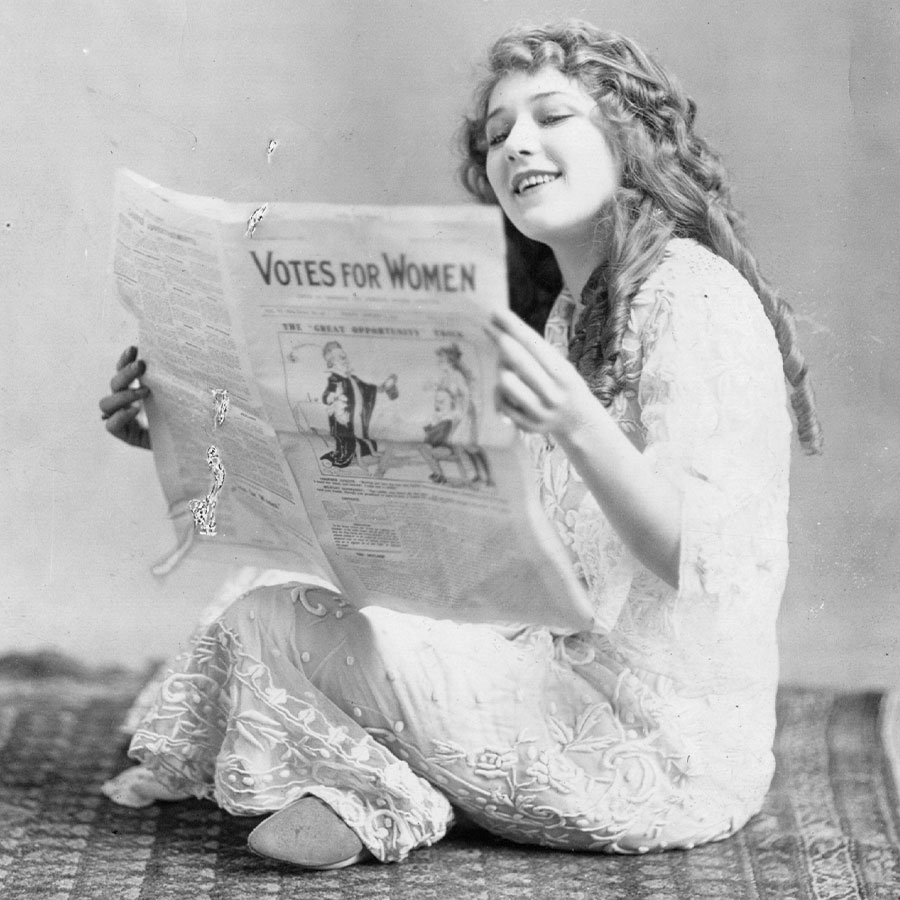 Today  is International Women’s Day, described by no less an authority than the Government of Canada as an annual commemoration of the cultural, political and socioeconomic achievements of women globally. Which in a world of true gender parity would be pointless, like celebrating the fact that the sky is blue.

That’s not to cast a pall on the importance of International Women’s Day. It’s just that, even in a #MeToo world, it’s hard not to feel cynical sometimes. After all, we are not far removed from a time when lascivious bosses chasing secretaries around desks passed as legit mainstream comedy.

Still, today offers a chance to think about the gigantic inroads our forebears have made over the years and continue to make every day in ways large and small. Look to any industry — or to academia, government, the arts — and witness incredible accomplishments against staggering odds. Maybe March 8 should be renamed International Fearless Combatants Day.

Since we are in March, and the 94th annual Academy Awards loom, let’s turn our lens to film for shining examples of women who have challenged norms, fought battles and succeeded wildly despite the sexism practically enshrined in Hollywood, with its casting-couch conventions and enormously influential if often narrow depictions of women.

Here are 10 women who broke through the bias to achieve big. Really, if women could beat these odds, the sky really is the limit.

The American director, producer, and screenwriter, 70, holds the distinction of being the first woman to win an Academy Award for Best Director, for 2008’s The Hurt Locker. Though the feat was repeated by Chloé Zhao in 2021 for Nomadland — and may happen again this year with Jane Campion’s The Power of the Dog — Bigelow was the pioneer and with a war movie to boot, surely the last bastion of male dominance on film.

Even if Campion, 67, doesn’t become the third woman to win a Best Director Oscar on March 27 for The Power of the Dog, the acclaimed Kiwi remains the first woman to be twice nominated in the category. The film that gathered the initial nod, 1993’s The Piano, earned Campion the first Palme d’Or ever handed to a woman at Cannes. And Campion elevates women in her films as well, and not just actors. Ari Wegner is only the second female cinematographer to be Oscar-nominated, for Power of the Dog. The first was Rachel Morrison for her work on Dee Rees’ 2017 film Mudbound.

In 2021, Zhao, 39, became the first woman of colour, and only the second woman in history, to win the Best Director Oscar for her beautiful, elegiac film Nomadland, the writer-director’s incisive adaptation of author Jessica Bruder’s non-fiction bestseller Nomadland: Surviving America in the Twenty-First Century about marginalized Americans, many of them older, living on the edge. Film buffs weren’t surprised: Zhao’s acclaimed 2017 film, The Rider, softly announced a massive talent. Zhao’s success is just one indication that Asian voices are finally rising in the mainstream. Witness the bananas box office success of 2018’s Crazy Rich Asians and the sweeping critical success of 2020’s Minari, which scored Youn Yuh-jung a Best Supporting Actress Oscar, making her the first Korean actress to win an Academy Award (and a Screen Actors Guild Award and an Independent Spirit Award … ). This week, Disney/Pixar releases the animated feature Turning Red, about an Asian Canadian family living in Toronto. It’s the first Pixar film to be solely directed by a woman, Chinese Canadian filmmaker Domee Shi.

With The Matrix films, writer-director siblings and collaborators Lana Wachowski, 56, and Lilly Wachowski, 54, redefined how fight scenes were choreographed in movies. They killed at the box office, cemented Keanu Reeves’ superstar status, then tackled a bunch more visually thrilling sci-fi epics like V for Vendetta, Cloud Atlas, and Jupiter Ascending. The Wachowskis are both transgender women, a daunting but essential life overhaul that — speaking as someone with two transgender friends — requires untold amounts of fortitude and bravery and yet sadly is often met with suspicion and derision by a judge-y, ignorant world. But times are slowly changing, and role models like the Wachowskis, Eddie Izzard, Laverne Cox, and Elliot Page heighten this awareness with grace.

Battling monumental sexism and racism at once, the actress and singer became the first African-American to be nominated for — and win — an Oscar for her role as Mammy in the 1939 epic Gone with the Wind. It was a bittersweet victory, not least because the character reflected stereotypes common to the throwback era the film depicted. Add to that: “At the Oscars ceremony in Los Angeles, [McDaniel] sat at a segregated table,” writes Wikipedia, noting also that the actress and her Black co-stars were unable to attend the Atlanta premiere of their movie because it was held at a whites-only theater. Sigh. Despite these enormous challenges, McDaniel went on to have a long and celebrated career, fêted by two stars on the Hollywood Walk of Fame: one each for her contributions to radio and movies.

The accomplishments of the first Black female director to be nominated for a Best Picture Oscar, for 2014’s Selma, are many and varied and include a second Oscar nomination in 2017, for Best Documentary Feature for her 2016 film, 13th. DuVernay’s films highlight the struggles of African-Americans at all walks of life, from the top (Martin Luther King Jr. in Selma) to the bottom (the Black men who comprise the majority of incarcerated people in the U.S., in 13th). Meanwhile, her Netflix series When They See Us explored the infamous 1989 Central Park jogger case that saw five Black and Latino men falsely accused and imprisoned for rape. DuVernay, 49, uses film to highlight injustice. Beat that.

After handily conquering Bollywood, which took notice of the aspiring aeronautical engineer after she won Miss World 2000, Chopra, 39, looked to Hollywood where, you guessed it, she immediately made inroads, performing in three seasons of ABC thriller Quantico before capping off 2021 with a role in Lana Wachowski’s The Matrix Resurrections. Through it all, Chopra — a committed philanthropist advocating for children’s and women’s rights — has celebrated her Indian identity and roots while using her fame to help her countrymen and women via a wide range of fundraisers, donations, and ambassadorial roles.

Many contemporary female directors would doubtless cite Lupino as an inspiration and role model, an actress and director — beginning in 1949, no less — who helmed eight feature films and countless television shows and holds the way-cool distinction of being the only woman to direct one episode in the original The Twilight Zone series and the only director to star in another. She also helmed episodes of Gilligan’s Island, The Fugitive, and Bewitched. Significantly, in 1948 Lupino co-founded The Filmakers [stet] Inc., an independent company dedicated to making issue-oriented films about hot-potato topics like rape and bigamy, which Lupino herself directed.

Even if her only claim to fame was writing the outrageous fake-orgasm-in-the-deli scene in When Harry Met Sally… — which blew the lid off of womankind’s closest-held secret — Ephron would probably still be on this list. Her achievements include other rom-com classics such as Sleepless in Seattle and You’ve Got Mail and she was a dab hand at adaptation as Julie & Julia proved. Ephron’s towering humour, so evident in her memoirs and essays, translated beautifully to the screen. With Ephron, someone like Meg Ryan could beautiful and funny, which doesn’t seem like a stretch in a world with Amy Poehler and Tina Fey but was not exactly the norm in the ’80s and ’90s despite the inroads made by Lucille Ball who definitely was beautiful and funny, but tended to downplay the former to heighten the latter.

Alongside D.W. Griffith, Charlie Chaplin and husband, Douglas Fairbanks, the Canadian-born silent movie star founded a studio, United Artists Corporation, at a time (1919) when women just didn’t do those sorts of things, going on in 1927 to be one of the 36 co-founders of the Academy of Motion Picture Arts and Sciences, the body governing the Oscars. That the idea behind United Artists was to give actors more agency over their careers was incredibly forward-thinking for its time. Oh yes, and Pickford’s on-screen fame as an actor was colossal, spanning decades and amassing multiple awards.