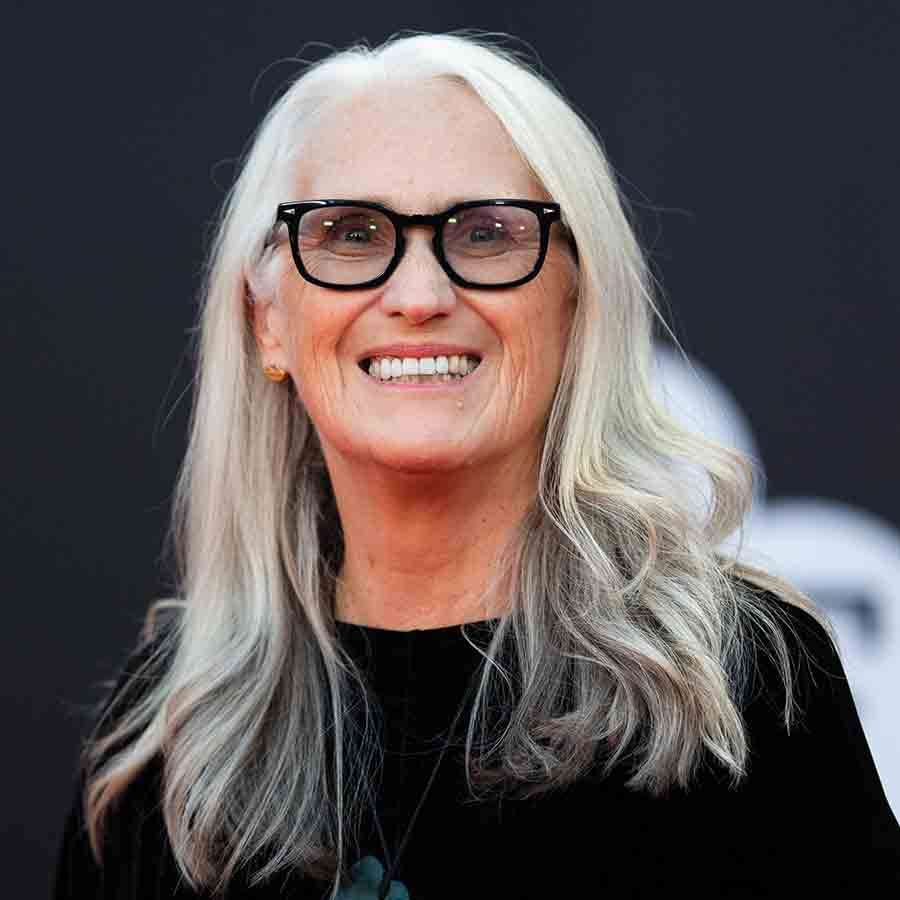 Director Jane Campion, 67, seen here attending the U.K. premiere of her film 'The Power Of The Dog' in London last October, received praise for rebuking actor Sam Elliott's recent comments about homosexuality before quickly courting controversy of her own with comments she made about tennis stars Serena and Venus Williams. Photo: Samir Hussein/WireImage via Getty Images

Jane Campion, 67, the Oscar-nominated director of The Power of the Dog, picked up a Critics Choice Award — and some criticism for unfortunate remarks she lobbed at tennis superstars Serena and Venus Williams during the ceremony.

Campion earned points for acknowledging trailblazing women in the audience while accepting her Best Director honour at the Critics Choice Awards last Sunday. “What an honour to be in the room with you,” Campion said to the Williams sisters, in attendance to support King Richard, a biopic about their lives that stars Will Smith as their driven coach/father. Campion then badly fumbled the ball, adding, “You’re such marvels. However, you don’t play against the guys like I have to,” as cameras zeroed in on the siblings, clapping uncomfortably. #Awkward

With 122 singles titles and three Olympic golds between them, the Williams sisters have, in fact, competed against men, winning numerous mixed-doubles titles. Meanwhile, the Twittersphere exploded with accusations of “microaggressions” — and worse.

“Jane taking time out of her best director speech to tell two black women that she’s more oppressed than them is PEAK white feminism,” retorted actress Jodie Turner-Smith, who is African American.

No one could disagree that belittling the achievements of other women, Black or not, while highlighting her own accomplishments was incredibly graceless.

As well, with Campion the odds on favourite to win the Oscar for Best Director — which would make her only the third woman to claim that prize — she may have, oh the irony, diminished her chances of scoring that empowering female breakthrough with Academy voters. After all, though she’s been collecting award season statuettes for directing The Power of the Dog, Campion’s comments at the Critics Choice Awards came mere days before Oscar voters cast their ballots. Will her gaffe and apology have any effect in swaying Oscar votes away from her? Or will Academy voters ignore the whole thing and cast their ballots solely based on the film’s merit? We’ll find out at the Academy Awards on March 28.

Campion and Serena were spotted embracing and dancing together at the awards show after-party, and the director offered a public apology for her “thoughtless” remarks.

“The last thing I’d ever want to do is minimize remarkable women. Their accomplishments are titanic and inspiring. Serena and Venus, I apologize and completely celebrate you.”

The New Zealand filmmaker took a less conciliatory approach the week before when actor Sam Elliott engaged in a homophobic tirade about The Power of the Dog on Marc Maron’s popular WTF podcast. Disdaining, “all these allusions to homosexuality” — literally the point of the film — and the film’s cowboy characters “running around in chaps and no shirts.” In response to the 77-year-old actor’s profanity laced rant, Campion called Elliot “a little bit of a B-I-T-C-H” and challenged him to meet her “on the Warner Brothers lot for a shootout!”

Unpacking the Cosmically Comic Relationship Between Elon Musk and Grimes