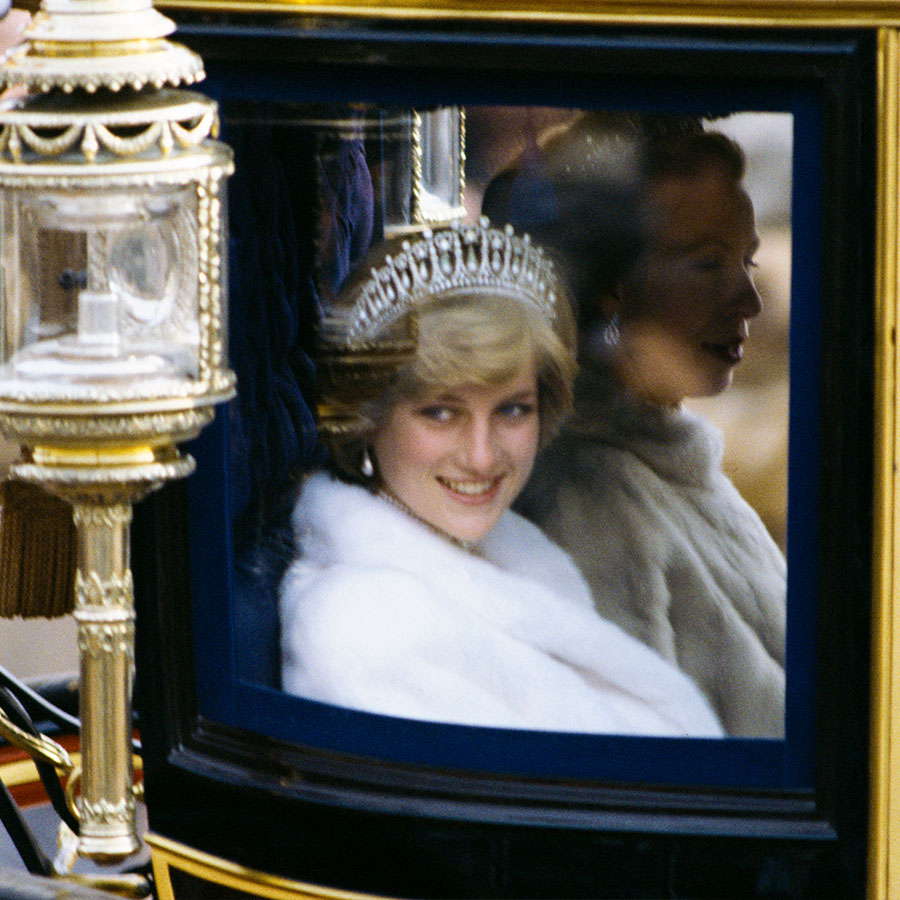 Some of the most iconic images of Diana, Princess of Wales, are on display in an immersive exhibit at Toronto’s Casa Loma. Photo: Courtesy of Anwar Hussein

Diana, Princess of Wales, has loomed large in public consciousness from the moment she stepped in front of cameras at a daycare centre at the age of 19, the sun behind her filmy skirt revealing that excellent set of gams. Now, just ahead of the 25th anniversary of her tragic early death, some of the most iconic images of the princess are on display in a unique “larger than life” immersive exhibit at Toronto’s Casa Loma.

Princess Diana: Accredited Access Exhibition features the work of Anwar Hussein, Diana’s longest-standing royal photographer, and his sons Samir Hussein and Zak Hussein, who followed in their father’s footsteps to document the lives of Diana’s sons and their equally glamorous wives. The exhibit was mounted previously in Los Angeles and Chicago. The show, which features some 140 photos of Diana and her family legacy blown up to a larger-than-life eight feet, is divided into six rooms. The curator, Cliff Skelliter, originally from Ontario, has worked on all three of the shows. “Casa Loma could not be a more fitting backdrop for the exhibit — a historical castle for a royal exhibition, what could be better!?” he said via email ahead of the opening. The layout is quite different than in L.A. and Chicago, where it was in open, dedicated spaces in retail locations. “We worked really closely with the castle team, including their curator, to weave the exhibit storyline throughout the stunning rooms, creating intimate backdrop moments (and without having to disturb too much antique furniture!).”

The narrative flows from room to room by theme, says Skelliter, paired with recorded storytelling from the photographers themselves. He says they are “never-before-heard revelations from Anwar and his sons. The emotional storytelling that pairs beautifully with the sensory experience. It brings the best of documentaries and in-person exhibits together to create something completely new.”

Zak Hussein, reached in The Hague, where he is covering Harry and Meghan at the Invictus Games, spoke about the special relationship his father had with Diana. “My Dad has been doing it for a very long time, following the royals on an official basis. He got to be trusted by them, and especially by Diana herself.”

The boys following their father into what Zak calls “the family profession” was almost inevitable. Samir (who nailed that incredible and now-famous Harry and Meghan under the umbrella in the rain for Commonwealth Day shot just before they left royal service) studied journalism; Zak studied film and video.

“When my brother and I were born, we were surrounded by all these royal photos,” Zak says. Anwar would also take the young boys, who are similar in age to William and Harry, to royal events like horse shows. When they joined the royal beat, he says it was natural he took to photographing them.

Diana fans will find much to revel in, he says, but Zak is also keen that a new generation fall under the spell of the princess the way he and his brother did. “There is a whole generation discovering her for the first time. They weren’t alive when she was around. This is a chance to learn about Diana. Programs like The Crown, he says, have piqued interest in the princess today.

Skelliter describes the show’s main themes as Mother, Fashion and Humanitarian. Visitors will also learn what it is like to be a royal photographer. One of his favourite shots is “a photo we call ‘Magic’ in the Humanitarian section — the story is just unbelievable about a small village that had experienced an unimaginable drought. I won’t spoil the story, but suffice to say this story is akin to a real-life miracle.”

There is apparently another surprise in the section titled Unguarded, and he describes it as “a collection of the eight most powerful and moving images/stories, saved especially for the finale.” Skelliter says: “The last photo in the Exhibit is titled “Pure Love” — again, I won’t spoil the story, but the story behind it makes it Diana’s favourite photo of herself ever taken.”

Tickets to the exhibit are available at www.casaloma.ca and are $30, Sunday – Thursday and $35, Friday – Saturday. VIP dinner packages for BlueBlood Steakhouse at Casa Loma are $235 plus tax and gratuity, including a prix fixe menu, with admission to the exhibit. Timed entry runs hourly from 5 p.m.; last admittance is at 9 p.m. for the (approximately) one hour program.