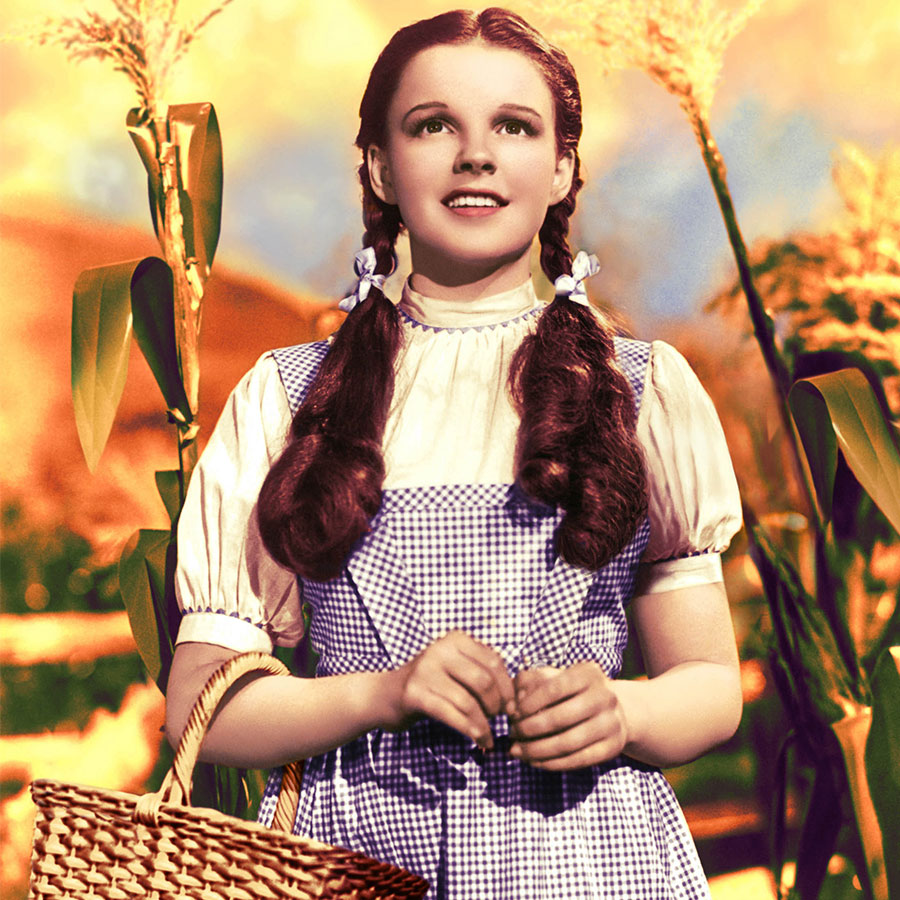 Dorothy's dress from 'The Wizard of Oz' — a version of which Judy Garland wears in the photo from the 1939 film above — is expected to fetch as much as US$1.2 million at auction. Photo: Silver Screen Collection/Hulton Archive/Getty Images

One of the iconic dresses a young Judy Garland wore as Dorothy in the 1939 classic The Wizard of Oz is expected to fetch a hefty sum at auction this month.

The instantly recognizable baby blue and white gingham pinafore dress, one of five known to exist, was discovered at the Catholic University of America (CUA) by retired professor Matt Ripa last year while he was going through some old boxes in his office.

“Needless to say, I have found many interesting things during my time at CUA, but I think this one takes the cake,” he said of the discovery.

According to CUA, the dress had originally been given to the head of the drama department in 1973 by actress Mercedes McCambridge, who was an artist-in-residence at the school in the early ’70s.

In the years that followed, the department lost track of the dress. The mystery, which extended to confusion over how McCambridge got a hold of the garment in the first place, eventually earned folklore status at the university.

“[I] had heard rumours that Father Hartke was gifted Dorothy’s dress and that it was located somewhere in the building,” Ripa said. “I could never get confirmation on exactly where it was located.”

Now, the university is cashing in on the piece of memorabilia at Bonhams Classic Hollywood: Film and Television auction on May 24 in Los Angeles, where it’s estimated to sell for anywhere from US$800,000 to US$1.2 million. Fittingly, the university plans to use the proceeds to fund a new film acting program.

The dress, which was in good condition other than a small piece that had been cut away, is only the second discovered with the blouse Garland wore underneath intact. The other one sold for more than US$1.5 million at auction in 2015.

It was also determined that this particular dress was worn by Garland’s Dorothy during the scene where she’s confronted in a castle by the Wicked Witch of the West.

The auction house is displaying the dress this week at their New York location before sending it to L.A. for public view and auction.

Helen Hall, director of popular culture for Bonhams, told The Associated Press that the market for memorabilia and film costumes remains strong, calling The Wizard of Oz a cultural touchstone.

Of course, the classic film was known for its use of colour, contrasting a dull, black and white Kansas — which was later transformed to sepia in post-production — with the technicolour and whimsical world of Oz.

Jacqueline Leary-Warsaw, dean of the school of music, drama and art at Washington D.C. University, certainly understands the power just a small piece of that magic can hold.

“All I could think about was watching the movie when I was a child and growing up with it,” she told The Associated Press of the moment she saw the dress. “In a way it was like I was looking at my past childhood.”

Barbra Streisand at 80: Celebrating the Legendary Star as the Revival of ‘Funny Girl’ Hits Broadway