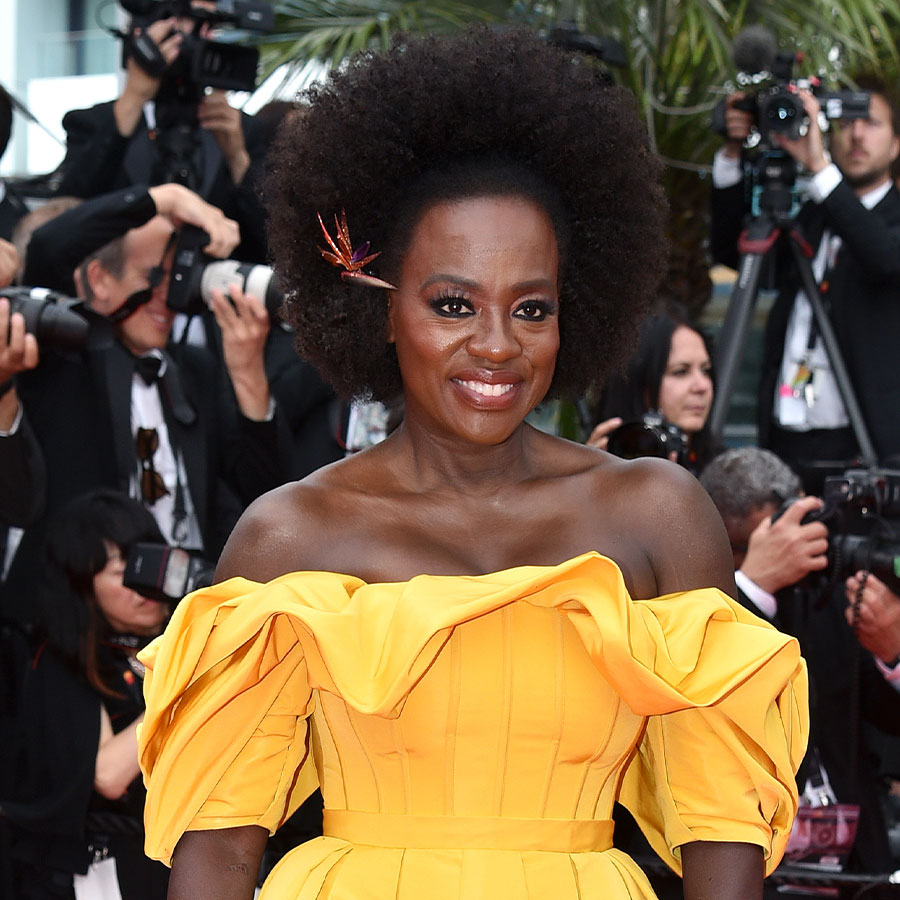 The red carpet at this year’s Cannes Film Festival proved a joyful return to “normal” in film and fashion, and celebrities went big with their outfits accordingly.

One forgets how long the festival goes on for: this year it ran from May 17 through Saturday, May 28. That is a lot of photo calls. Thus, it has always attracted both the stars of films premiered on the festival screens as well as generations of celebs drawn to the flash bulbs like moths to a flame. This year’s surprise carpet debuts went to the twin nieces of Diana, Princess of Wales: Lady Amelia and Lady Eliza Spencer.

But this being France, where women are allowed to age with more grace and respect than in Hollywood, the older generation usually takes the prizes for best-dressed. Sure, we had knockout appearances from Kristen Stewart, the Chanel ambassador and fashion renegade, as well as many great vintage turns from model Bella Hadid, who, along with her stylist, Law Roach, used the red carpet here as a fashion laboratory. And many men continued the bold, new trend of exciting eveningwear for all genders. But by and large, the outdoor Cannes red carpet is a place for big, bold fashion, and the heavy sartorial lifting was done this year by older actresses. They looked smashing indeed. Here, some of our favourite looks.

French screen legend Isabelle Huppert, 69, who is a muse for Balenciaga’s Demna Gvasalia (she starred alongside Justin Bieber in ads for the brand last year), went big in this creation straight from the runway, covering the tips of her fingers to the toes of her boots in green jersey.

Viola Davis, 56, got the memo to go bold and chose a stunning yellow, off-the-shoulder Alexander McQueen gown with commanding volume.

Ever the red carpet iconoclast, Julia Roberts, 54, paired a smart Louis Vuitton tux with tails and a honking yellow diamond from Chopard.

Naomi Campbell, 52, strolled in straight off the Valentino couture runway in a black feathered gown.

Anne Hathaway, 39, went for sublime in white Armani Prive suit with a strapless crop top and sleeves that billowed into a train.

Diane Kruger, 45, made a major style statement in a billowing, red Oscar de la Renta gown. She appeared on the arm of her husband, actor Norman Reedus, 53.

Sharon Stone, 64, rocked a red strapless Dolce and Gabbana that was fit to within an exhale.

Priscilla Presley, 77,  has been loud in her praise for Elvis, the Baz Luhrman biopic about her late husband. She was in tears at the premiere, and showed up in a very chic classic Versace blouse at the photo call earlier in the day.

Take note of Austin Butler the actor who plays Elvis in the Baz Luhrman film (which debuted at Cannes) at Presley’s side. The 30-year-old leaned into 50s fashion for a photo call in a spread collar shirt and pleated trousers by The Row, completed with sunglasses by Jacques Marie Mage. Instantly iconic, achingly evoking Elvis in his prime.

There were a lot of cut out, body-conscious dresses at Cannes, but a standout was this slinky, black number by Monot on Eva Longoria, 47.

And finally, honourable mention goes to screen legend Tom Cruise, 59, who brought his big-screen blowout Top Gun: Maverick to la Croisette. The star was notable less for his (impeccably tailored) suiting, and more for the seeming transition he has made in his approach to aging and facial care.

For a while, the actor appeared a bit, well, full in his features, and there was much speculation he was very into fillers and Botox and the like. Not that there is anything wrong with that, at all. But it was nice to see his new “make under,” as you could describe the current state of his visage, which was definitely more in the “aging gracefully” territory. One might go so far as to admire his well-lined leading man looks, in the way we have been known to celebrate aging males in Hollywood.